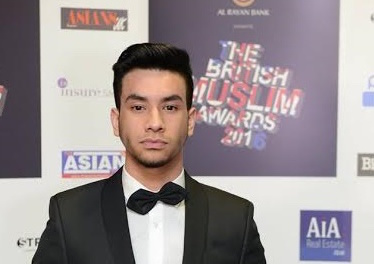 A young community leader from Beeston has been recognised with a national award for his achievements.

Shamim Miah, 19, last week (Thursday 28th January) received the Young Achiever of the Year award at the prestigious British Muslim Awards held in Birmingham – in recognition especially for his work over the past two years as a member of the UK Youth Parliament (UKYP).

Born and bred in Beeston, Shamim attended Cockburn High School, and now attends Leeds University. He has been an active local community member over many years, and has since 2014 represented the city as one of its four UKYP members. During his time with the UKYP, he became elected as the lead speaker for Yorkshire and Humber to put the motion forward for a campaign to Tackle Racism and Religious Discrimination – which was then adopted by UKYP as a UK-wide campaign.

He was one of ten nominated for the Young Achiever award last month, which in turn was one of twenty categories at the awards ceremony – now in its fourth year – covering all spheres of life: arts, politics, communities, business, sport, education, and more.

“It’s an honour to represent the British Muslim community, as well as young people everywhere, by winning this award. I have the youth of Leeds to thank – many thanks to everyone who has insipired me along the way to receiving this. I cannot wait to represent Leeds and Beeston further in the political sphere!”