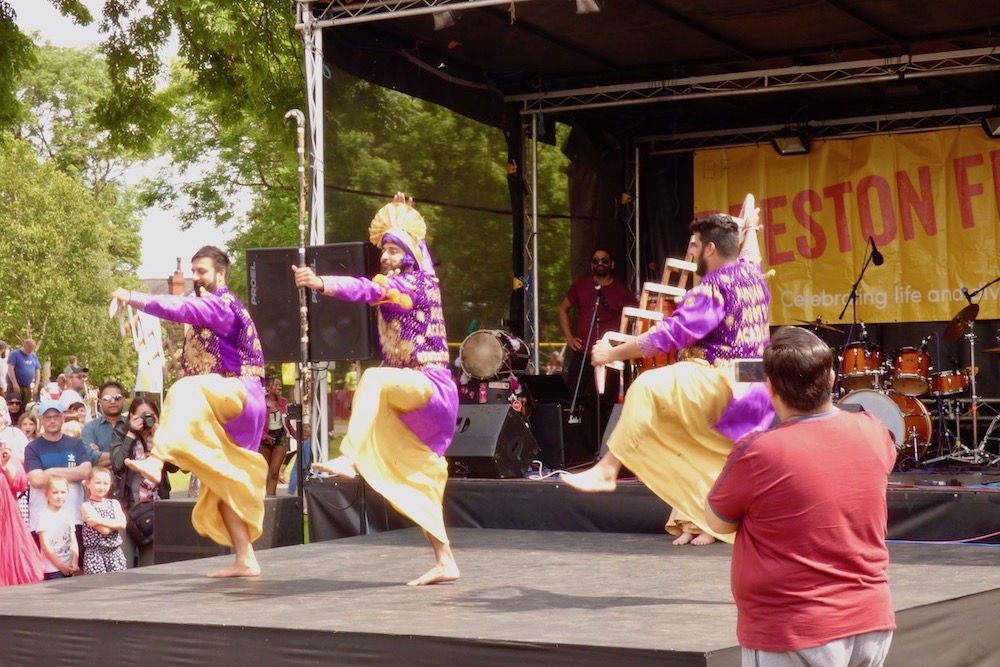 After a year off due to the pandemic, Beeston Festival returns to Cross Flatts Park for the 26th time on Saturday (18 September 2021), 12-5pm.

In the wake of the climate crisis, this year’s theme is sustainability. Your planet-friendly festival will be hosting:

There will be a 20p discount on hot drinks from the Festival Cafe in the Watsonian Pavilion if you bring a reusable beaker; and forget bottled water, you can get a free cup of water at the cafe.

Entertainment has been arranged on three stages. The Main Stage is headlined by Scumbag Lion who describe themselves as ‘Slacker Math-Indie Rock.’ In contrast Punjabi Roots Academy will be returning with a dazzling mix of Bhangra drumming and dancing; and From East To East will bring the music of Eastern Europe and the Balkans to Beeston.

The Emerge Stage, located in the Food Court, features acoustic artists including 1940s harmonies from the Honeybirds and Bringing It All Back Home – a musical showcase from Holbeck’s Old Chapel Studios.

In the Arena you’ll find Reetwirlers Majorettes, DAZL and demonstrations from the Royal Armouries. Look out too for Plucky The Giant Chicken and Malteser the clown who will be mingling with the crowds all afternoon.

The Bazaar hosts over 50 stalls including clothing, jewellery, crafts and food from around the world.

There’s plenty for the kids to do with inflatables, a climbing tower and arts & crafts tent; plus of course, the Fun Fair further down the park. There will also be a sensory tent for children who need some quiet space during the day.

Bowland Farm will be bringing live animals to give you a taste of the country and there will also be birds of prey, ferret racing and donkey rides.

Although Covid is still circulating, organisers are going ahead because the Festival is wholly outdoors, which is safer than enclosed spaces, but they advise festival goers to be careful in crowded areas, respect other people’s space and consider wearing a mask. Hand sanitiser will be available across the site and QR codes will allow you to check in to the Test & Trace app.

The festival, which costs around £20,000 to stage, has been supported by local Councillors on the Inner South Community Committee, White Rose Office Park, DePuy Synthes, Building Blocks Nursery and the Co-op local community fund.