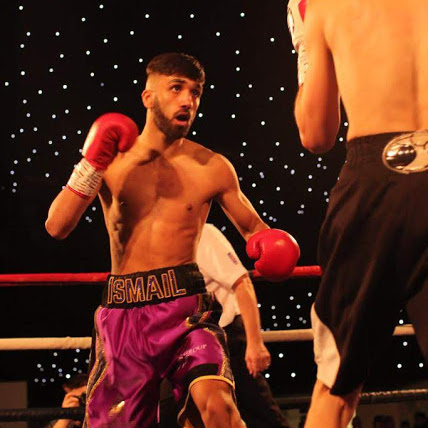 It’s a quiet and calm Sunday morning by the River Aire. Kayakers glide on the water, pedestrians stroll by the Leeds & Liverpool Canal and a couple of ducks curl up on the grassy bank hoping to enjoy a weekend lie-in.

Venture into the nearby gym off Kirkstall Road, though, and the scene is very different. Music blares while men and women pump weights and push their bodies to the limit. It is here that Ismail Khan can be found exhibiting the industriousness found at neighbouring Armley Mill in bygone times. Sunday is anything but a day of rest.

This work ethic has underpinned the success of the Beeston boxer, who enjoyed a glittering amateur career that saw him win and retain the 52kg English youth title, claim two national university titles and reach the final of England Boxing Elite National Championships among other accolades.

After turning down the opportunity to represent Team GB at the Tokyo Olympics in favour of turning professional last year, Khan boasts a record of two wins from two fights and is looking to extend his unbeaten record in his third professional bout.

“We could have worked with Eddie Hearn or Frank Warren but we chose Mark Bateson [his promoter] because he’s close to home,” explains the 21-year-old, who is coached by Julian McGowan.

“We can get more exposure first, start building up as a professional and then get up to bigger fights.”

Khan’s first professional bout ended in a fourth-round knockout of Jake Pollard at Elland Road in November 2018. He then scored a points victory against Ukrainian Dmytro Kostenko at the same venue in March 2019.

“He [Kostenko] was a tough man but I beat him easy. These are people that I should be beating. Hopefully as the fights go on I’ll be fighting and beating better people.

“As an amateur I fought at the Echo Arena [in Liverpool]. I’ve been there and I’ve got the pedigree,” Khan adds.

The super featherweight fighter started training at six years old and contested his first fight at 11. The constant companion has been his father, Rash. Going pro has changed a lot but not the core father-son relationship.

“Nothing changes between me and my dad. He’s the one that does everything. He [Bateson] just adds to it, and Julian. We’re one team and we’re going to get to the top.”

“I saw something in him and started believing in him,” says Rash. “As he started coming to the gym with me I thought, ‘This kid looks special. Let’s give it our best shot’ – and we’ve been going ever since.”

Someone who has also seen and overseen Khan’s development is coach Julian McGowan, who has worked with him for almost a year.

“I used to go to Burmantofts with Gary Sykes, who was super featherweight British champion, and Rash would always be there. Ismail was a 12-year-old with the amateurs. We had a few sessions and immediately thought there was a lot of potential,” he recollects.

“I’ve got one rule. If a fighter says no to me it’s the last time he’ll ever say no to me. Ismail never says no. If we asked him to bounce on one leg for an hour he wouldn’t ask why, he’d just bounce on one leg.

“Sometimes the symmetry doesn’t work. Think of a marriage. You’re not perfect, your partner’s not perfect. But if you’re perfect together, that’s what’s important.

“You get shrewd, experienced, high-profile coaches, they get elite fighters and it doesn’t work out. It’s who’s the right coach for that fighter that’s key. We’ve got a good synergy between the three of us.”

With two professional wins under his belt, what can people expect from the former Hunslet Club boxer next month?

“His biggest strength is his character, his mental focus,” answers McGowan. “I don’t give praise lightly, but he has an aura of confidence about him. He’s self-assured.

McGowan, 48, spent six months working with Khan before his professional debut last year but was taken aback by his attitude on the big night.

“I almost didn’t like it. It’s the first time I’ve been with a pro fighter in the dressing room who wasn’t nervous. I thought, ‘Maybe there’s a little bit of over-confidence or arrogance here.’ Then I realised, actually, I love it. Nothing bothers him – he just gets on with it.”

McGowan continues: “He’s a serious talent but that’s half the story. There’s fighters – the top five to six super bantamweights in the country – at this stage who would have had similar attributes, but they won’t have had his aura or focus.

“I’ve been around good fighters with Gary [Sykes]; Josh Warrington worked in my gym for two years; Terry Flanagan and I would work together; I was in Newport sparring with Lee Selby. I’m telling you, at this stage of his career he’s as good as any of them but has a better attitude.”

Turning his attention to his next fight in July, Khan views it as part of the journey to becoming a world champion. “We’ve done what we needed to do as an amateur,” he concludes.

“Boxing for England as a senior boxer – which is the main thing you want to do – I’ve done all that. Now I want to get to the top as a professional.

“I’m doing it for everyone. I represent young fighters in Leeds that are trying to do something.”

A confident McGowan adds: “He’s so far ahead of these kids that the only thing Ismail needs to beat opponents is to be in shape and have 100% concentration.”

Rash finishes by taking stock of a journey that started with a four-year-old Ismail training with him at home.

“It’s paying off because I’ve enjoyed my journey with my son. I’m already happy,” he says. “Now it’s his dream. We leave no stone unturned and we’re going to go a long way.”