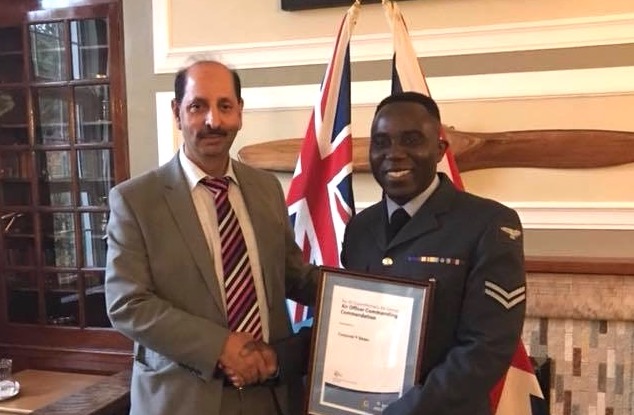 Corporal Yanks Sawo from Beeston has been honoured for his service in the Royal Air Force. The Comendation was awarded at a ceremony at RAF Leeming near Northallerton on Thursday (8 November 2018).

“As armed forces Champion for Leeds, I was invited by my friend and constituent Corporal Yanks Sawo t0 Leeming Royal Air Force base at Northallerton today. He has proudly received commendation for his outstanding work in the Royal Air Force. His wife and his niece were also in attendance. 19 years of dedication in Royal Air Force, a great achievement. Congratulations my friend.”