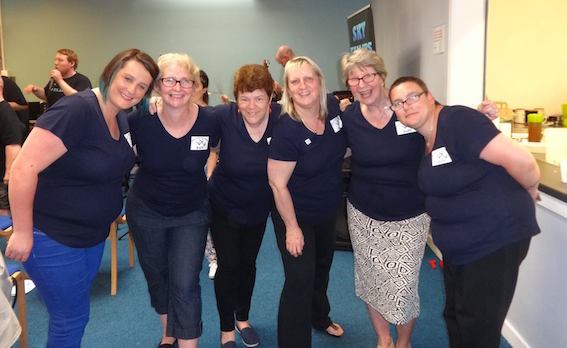 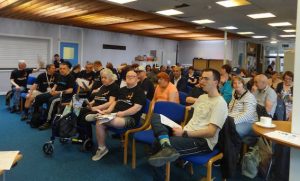 Although BAFF has been running since 2002, we were celebrating BAFF’s second  year since becoming an independent Charitable Incorporated Organisation.

Pat McGeever, CEO of Health For All and one of our Trustees, stepped in to chair the meeting at the last minute as Sam Samociuk was unable to attend due to an illness.

We showed a video that Sam had made BAFF’s achievements and everyone enjoyed this.

The theme for the day was ‘If you can dream’ – we aim to make dreams come true.

The Skyfallers band played over lunch and everyone joined in with a dance. Sandwiches and wraps were provided by the Brew café and there was also curry and rice.

A goody bag was handed out with the Annual Report, a BAFF teddy bear and a copy of a poem written by Yvonne Ugarte.

We have a BAFF bear who has had a journey from group to group and even attended the Trustee meeting. People had a chance to vote for the name of the BAFF bear and we will reveal the winning name in the near future.

For more information please contact me, Lynn Bailey on 07515 851631 or email: baff2007@hotmail.co.uk; or visit our website: www.betteractionforfamilies.org.uk.

This post was written by Lynn Bailey using our Create an article for South Leeds Life page.