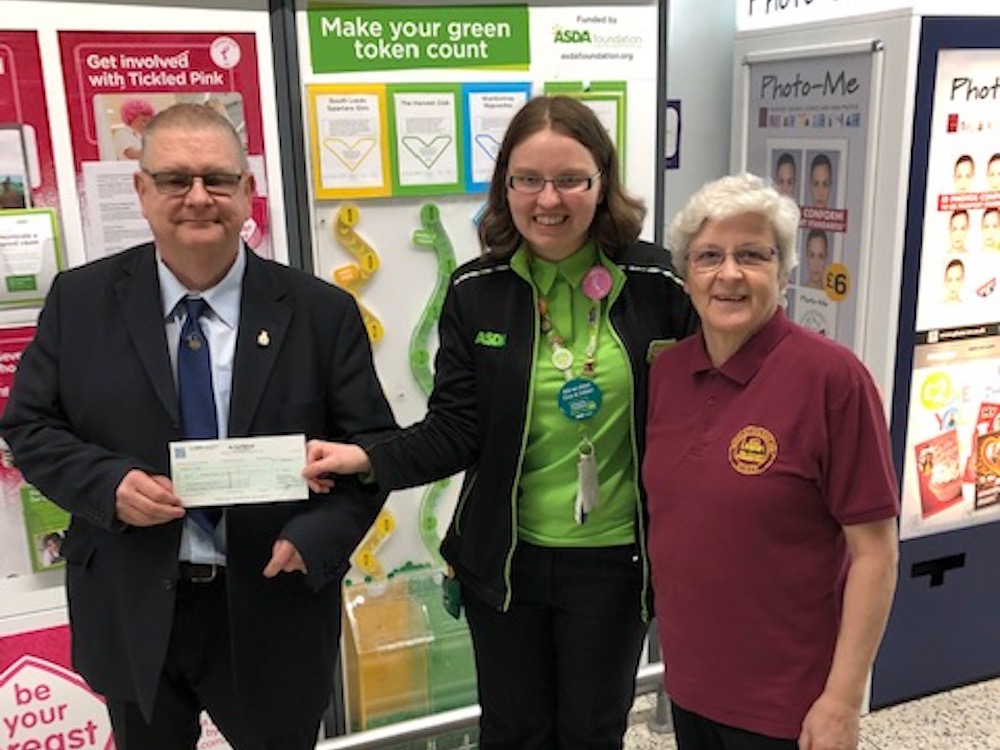 Well known Supermarket chain, Asda, presented Middleton Railway with a cheque for £500 on Tuesday 26 February at their Middleton store.

Along with two other local charities, Middleton Railway was part of Asda’s Green Token Scheme, whereby customers get tokens to place in one of three slots, each of which is a nominated charity or local cause such as a youth club.

Middleton Railway was delighted to learn that we were the most popular of the three charities and as a result were presented with a cheque for £500 by Asda Community Champion, Charlotte Banks.

“A worthy charity who are a vital part of the South Leeds community”.

“We feel very privileged to have been the most popular charity for this quarter and the money will be put to good use improving our visitor facilities over the winter period. We look forward to welcoming Asda customers once we reopen on Wednesday 3 April.”