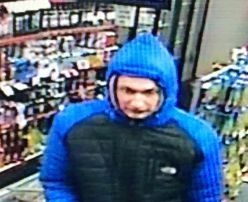 Detectives investigating three armed robberies in South Leeds which are believed to be linked have released CCTV images of the suspects.

One image from a robbery at Holbeck Wines & Spirits on Tuesday night (21 March 2017) shows the face of one of the suspects, who is wearing a distinctive blue and black North Face jacket.

He was one of two men who entered the shop in Top Moor Side at 10.20pm with an accomplice armed with what appeared to be a long-barrelled firearm similar to a shotgun. A third man waited at the door. 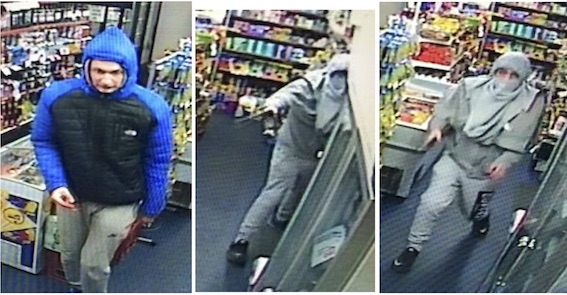 They threatenend the female member of staff before stealing three bottles of spirits and ran off across the road into Holbeck Moor Park. 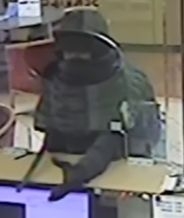 The incident is believed to be linked to an armed robbery at William Hill bookmakers in Beeston Road, Beeston, shortly after 8pm on Monday (20 March) and a similar incident at Betfred bookmakers (see image, right) in Top Moor Side, Holbeck, shortly after 8.30pm on Saturday (18 March).

Detective Inspector Amanda Wimbles, of Leeds District CID, said: “We are continuing to carry out extensive enquiries into these incidents which we believe are likely to be connected.

“The CCTV image from Holbeck Wines shows the face of one of the suspects quite clearly and we would like to hear from anyone who recognises him.

“We would also still like to hear from anyone who saw anything suspicious in the vicinity of these offences around the times they occurred or who has any information that could assist the investigation.

“Officers from the local neighbourhood team are continuing to link with local businesses and increase their patrols of the area and a proactive policing operation, supported by armed officers, has been put in place to deter any further offences.”

Anyone with any information that could assist the investigation is asked to contact Leeds District CID via 101 quoting crime reference number 13170129968 or call the independent charity Crimestoppers anonymously on 0800 555 111.