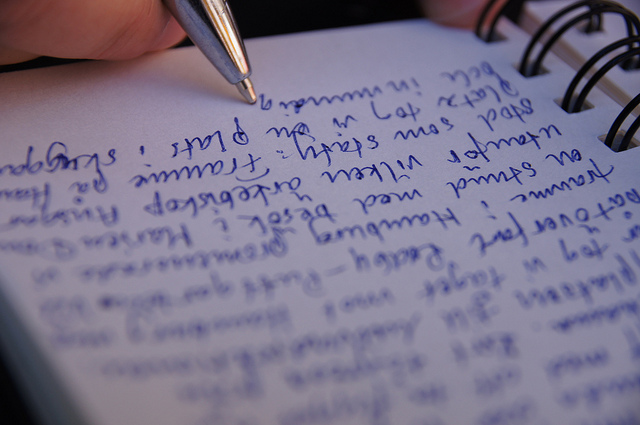 Dave Barlow has been in touch and submitted this poem. We haven’t published fiction or poetry before, but we are keen to encourage writing of all kinds.

If you would like to join this Creative Writing thread, please email your poem or short story to info@southleedslife.com.

(A story for young spirits and old souls)

Once upon a place, for a long forgotten time

In a lush and verdant valley lived the childlike, Humnin kind.

Whose days were spent in frolic and reciprocated toil,

no one went without and nothing went to spoil.

At sunsdown they would gather with the tiddlings on their knees

and sing the ancient stories while they fed on Hashmin leaves.

until, one day, a giant being descended from above, and said…

“Bow down low, vile Humnin scum and tremble at my power,

for I am Lord, now gift me all or face your final hour”.

In terror they scattered all eight ways to gather in the yield.

All, bar none, joined in the toil in orchard, mine and field.

A thousand generations passed, all slaving night and day,

until all Humnin born and raised had known no other way.

Any brave who spoke dissent or dared to break the chain

was taken from the valley, and never seen again.

So the Humnin learned the mantra and passed it to their young:

Be grateful for your lot as you labour at the plough,

fear the future, regret the past and wish away the now”.

One day, like any other, so the Humnin legends tell

when above the valley brow the giant appeared, enraged by thirst,

and decreed the tiddler wait and serve her master first.

But within this Humnin young the divine entwine was strong

and she was prone to speak what’s right, when aquainted with a wrong.

Without a thought she turned and faced the giant’s frigid stare,

silence filled the valley, the Humnin gasped a prayer.

“Mama nin says it’s rude to push another from their place,

I`ll gladly share our water if you wait your turn with grace”.

The eyes of the beast burned red, his face turned thunder cloud black,

his giant fist smashed down on the well with a deafening ground shaking, crack.

He roared at the petrified Humnin as he hauled himself erect,

“Who spawned this vermin crawler, yet taught it no respect?”

Lea`s parents came forward and fell at the giants feet,

they begged that the child be forgiven, her mind confused by the heat.

But the beast was in no mood for mercy, their pleading fell on deaf ears,

he had long since grown bored of these slavelings, after ruling for so many years.

“I`ll grind you to dust”, roared the giant, as he swung his great club in the air,

“I`ll wipe every trace from existence, that the Humnin ever where”.

But as he readied to strike, something caught the eye of the giant,

for down at his feet, hands on hips, stood Lea, bold and defiant.

why else would you try to kill us but deny us a fair fight?”

The giant threw back his head and snorted with contempt,

“You puny worms can`t hurt me, but I`ll grant you an attempt.

Now scurry to your hovels `till the moon has passed three times,

then we`ll meet upon the battlefield and vengeance will be mine”.

Lea began singing the old songs that the giant had long since forbidden.

It cheered the hearts of the Humnin and before long their spirits had grown,

but above ground, while he was working, the beast sang a song of his own.

“Take nine Humnin bones and grind them to flour,

mix into dough and bake for an hour.

and spread them on top of that fresh Humnin bread”.

For three days and night he toiled until all of his traps were complete,

then tired and hungry he slept and dreamt of the Humnin defeat.

When the Humnin emerged the next morning they could hardly believe their own eyes,

asleep on a pile of giant clothes lay the giant, who`d shrunk to their size.

For without the Humnin to feed him he`d withered away to small.

They surrounded the giant, all agreeing, he wasn`t so scary at all.

The giant awoke startled, fearing the Humnin were after his blood,

he leapt to his feet with a scream and ran from the valley for good.

To this day the Humnin sing old songs, with a new one ,written and told

A favourite of all Humnin kiddlers, the story of Lea the bold.