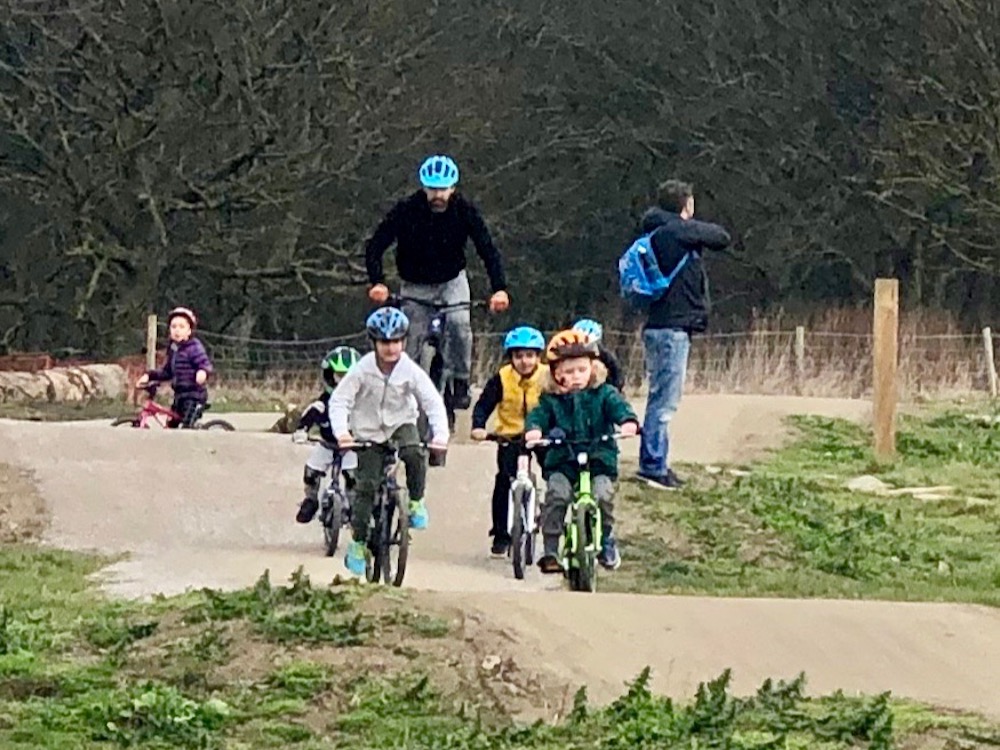 Leeds Urban Bike Park opened its doors on 1 December 2017. Since then it’s been used over 300,000 times by riders using its bump track, BMX track and MTB (Multi Terrain Bike or Mountain Bike) trail through the woods.

We spoke to Jeremy Hayes of Cycle Pathway CIC, the company that runs the facility. He’s very excited about the bridge that is nearing completion on the newest section of trail.

“This section will link the Phase One Red & Blue trail near the Hub café and car park to the Woodland Trail in the woods, avoiding the need to go via the Rose Garden before dropping in to a temporary start point .

“As you ride up the bridge near the start you will see the city laid out before you, it’s quite a view!”
The Bike Park is popular within the MTB community having received rave reviews in the MTB magazines.

“When we opened, it was the MTB community that first latched on and made use of the track. It’s pleasing to see more families using it in recent months. We’ll also be starting balance bike and learn to ride sessions for younger children soon.”

“I’m keen to see a club develop here with local youngsters, not just to use this facility, but maybe take a ride to Temple Newsam or Castleford. It would be great to see South Leeds competing against other clubs eventually.”

The Bike Park already works with many schools in Leeds having run over 300 sessions in the last year. They’ve come in for some flak over bike hire charges, but Jeremy is unrepentant:

“First of all you don’t have to hire our bikes. The tracks are free to use if you bring your own bike. Secondly you have to understand that we are a not-for-profit company, we have to cover our costs to be sustainable in the long term. The same goes for the café, we’re keen to have such a great social space, for all park users, not just cyclists, but it has to pay its way – so please come and use it!”

As to conflicts between cyclists and other park users Jeremy says he thinks it’s mostly perception.

“Apart from the cycle tracks themselves everywhere in the park is negotiated space, no one has right of way over others. Everyone using the park needs to respect each other.”

It’s clear we have a first class facility on our doorstep, which many local councils are queuing up to replicate and the nearest comparable trail to the new bridge section is in North Wales and you have to pay to use it – let’s make sure our community can make the most of it.