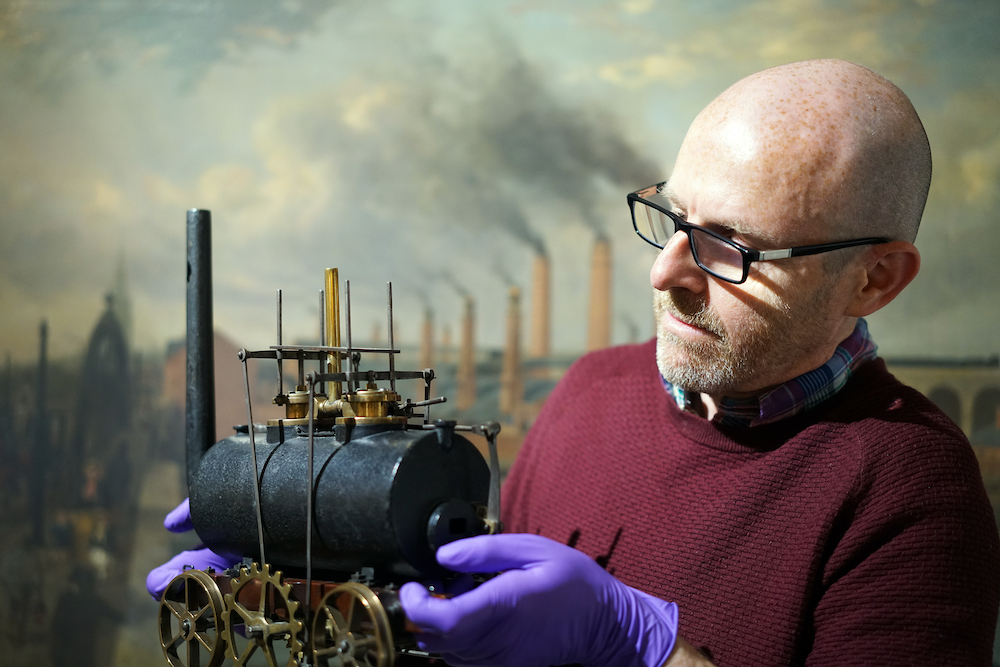 The world’s oldest model locomotive is back home in Leeds more than two centuries after it helped spark a global railway revolution.

Made in 1811 by famous engineer Matthew Murray, the precious model has arrived safely at Leeds Industrial Museum where it will now take pride of place in an exhibition celebrating some of the city’s greatest inventions.

The historic miniature is a replica of the very first commercially viable steam locomotive, the twin cylinder Salamanca, which Murray built a year later at his Round Foundry in Holbeck for the Middleton Railway.

With the locomotive industry still in its infancy, Murray would have used his detailed model to explain to investors and fellow designers how his engines would work.

The full-sized version of Salamanca revolutionised the transport of coal, enabling a small and relatively lightweight locomotive to haul more than 20 times its own weight, powered by steam from a cast iron boiler with a single flue.

Salamanca proved to be a massive commercial hit, with each engine selling for £350, leading to further Murray models which in turn inspired George Stephenson’s later designs.

Murray’s model became part of the Leeds collection in 1943 and was loaned to the Science Museum Group in 2019 for a special exhibition, who returned it this week.

The model will now go on display in Leeds Industrial Museum’s Leeds to Innovation exhibition alongside another model of a flax ‘heckling’ machine, which won Murray the gold medal from the Royal Society in 1809.

“Murray was a true pioneer, whose ideas revolutionised the freight industry and inspired a whole new generation of locomotives.

“This model is the physical manifestation of his early vision for the future of locomotives and would have been an invaluable aid in explaining his brilliance to others who he needed to help him bring that vision to life.

“It’s an absolute honour to have Salamanca back at the museums and for this important piece of railway history to take its rightful place alongside the ingenious creations of other great Leeds minds.”

Open now at Leeds Industrial Museum, Leeds to Innovation explores the stories behind some of the city’s brilliant inventions and the people who made them.

They include pioneering stargazer Washington Teasdale, who took the world’s first selfie, Elizabeth Beecroft, who turned Kirkstall Forge into a successful business, and John Smeaton, the ‘Father of Civil Engineering’ and designer of the Eddystone Lighthouse.

“The history of Leeds includes some truly remarkable minds who each played their own distinct part in establishing the city’s reputation as a centre of creativity and ingenuity.

“It’s wonderful to see those pioneers celebrated in this exhibition and to think that their efforts might inspire the next generation of incredible Leeds inventors.”

Photo: John McGoldrick, Leeds Museums and Galleries curator of industrial history, with the model of Salamanca, the world’s oldest model of a locomotive.