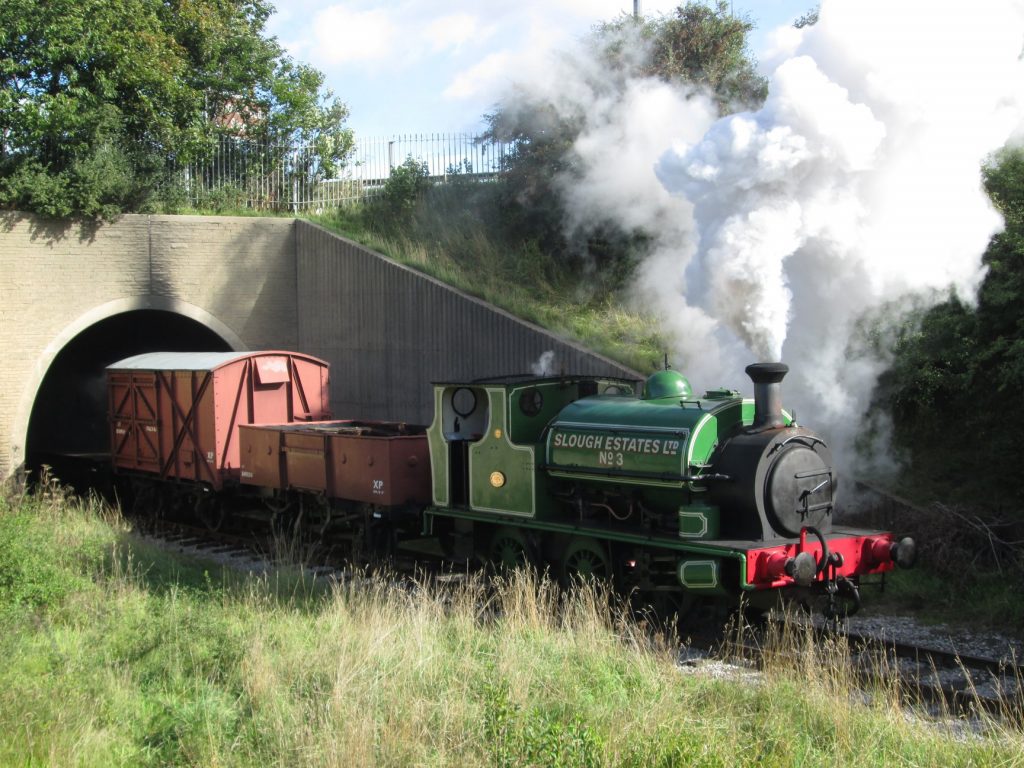 Our “Works Outing” event will be held on Saturday 14 and Sunday 15 September 2019, based (as far as is practical, given the limits on the availability of crews) on the slogan “if it works it gets an outing”.

It will feature a variety of operating patterns, including mixed traffic workings (ie with passenger and goods vehicles in the one train). All the locomotives will be drawn from our own fleet, and since this is also the heritage open weekend there will be a particular emphasis on our heritage locomotives. Those that are due to run in the course of the two days will be:

On both days a special timetable will be operated, providing an intensive service over both our main passenger line and the little-used Balm Road branch. Two train sets will be in operation, with one running as a mixed train with both passenger and goods stock.

There will be a variety of patterns of operation, including some trains that had a locomotive at each end, and some that were double-headed. The first train will depart at 10:30am and the last one will arrive at 4:30pm.

Full details of the timetable are available, including the scheduled locomotives for each train, as a pdf file, which will open in a new browser tab or window (ready to be downloaded): click here to access this.

Special fares will apply for each day, namely £7.50 for an adult, £3.50 for a child and £20 for a family ticket (covering up to 2 adults and 3 children). The various travel concessions that apply to our normal train services will, however, not apply for this event.

Our normal range of refreshments will be available on each day, including hot and cold drinks and sweets and a range of sandwiches.

Guided tours of the engine shed museum will be conducted through the weekend as part of Heritage Open Days.