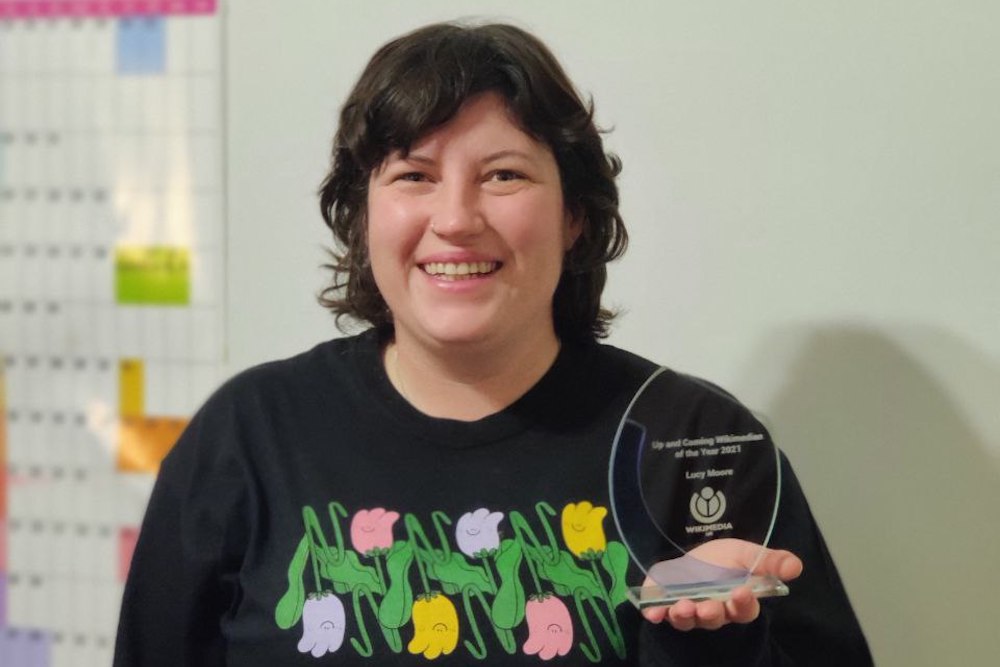 For those of you who use Wikipedia to get information online you have a Wikimedian to thank.

They are the editors of Wikipedia, or are active in other associated pages. Wikimedia is a catch all term for a number of different projects that aim to make the sum total of human knowledge accessible for all.

Beeston resident Lucy Moore is a curator with the Leeds Museums and Galleries and a PhD student at the University of York. She spoke to South Leeds Life about the work she has taken part in to improve the diversity of information on Wikimedia which has led to her being awarded “Up and Coming Wikimedian of the Year 2021”, and specifically for “organising events and encouraging others in galleries, libraries, museums and archaeology to get involved with Wikimedia.”

Lucy explained why it is so important for lots of different people to become editors.

“The beauty of Wikipedia and all the other Wikimedia projects is that anyone can contribute! However, the majority of contributors are white English-speaking men from the northern hemisphere. Understandably when people edit, they edit and create coverage in things they are interested in – which can create what we call content bias. A notable example is biographies of women – on English-language Wikipedia less than 1 in 5 biographies are about women.

“Many men are just less likely write about women. If you work to expand the pool of editors – not just in terms of gender, but to have people from all historically marginalised communities editing, then that doesn’t just broaden the content bit it also broadens how subjects are discussed.”

If you are inspired by Lucy to get involved, she explained how easily you can get started; simply visit Wikipedia and click edit next to a Wikipedia article! There are lots of YouTube videos that you can watch to get going too.

Lucy learnt to edit at an event run by West Yorkshire Queer Stories in 2019 and she would recommend events as “a really nice way to start out and there’s quite a few happening on zoom now as well. Leeds Libraries has one coming up as part of the Thought Bubble festival.”

Once you are an editor you could take part in a Wikithon which Lucy would highly recommend:

“They are a great way to encourage new editors and can cover any subject. I’ve mostly been involved with ones that focus on adding content about women but there’s tonnes of possibilities! Usually organisers will have identified some content that’s not on Wikipedia and will then show people how to make edits and then we all just crack on. The idea is to make the environment as supportive as possible for people AND to improve the internet!

“Wikipedia has a policy for only using reliable sources, and in a world of fake news, Wikipedia can be a great way of accessing neutral information on a topic.”