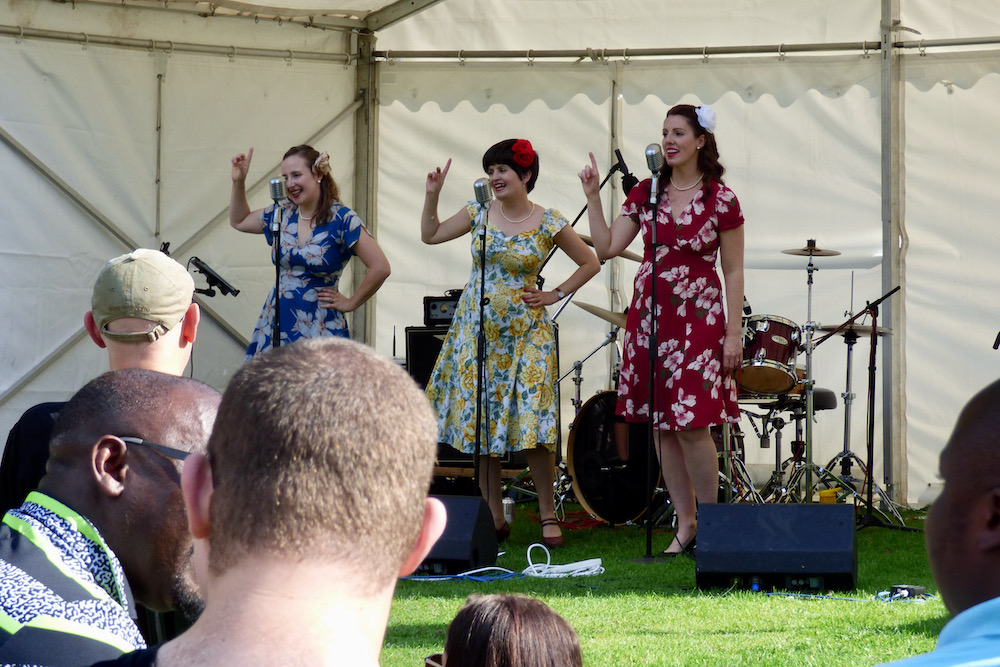 Here’s a roundup of some the main events taking place over the coming week in South Leeds. For full listings go over to our What’s On calendar here.

We start in Cross Flatts Park, Beeston where the Bridge Café will be holding another table top sale on Saturday 9am-12pm in and around the Watsonian Pavilion. The LS11 School Uniform Swap Shop will also be there from 11am-1pm.

Slung Low present three shows this week at The Holbeck. On Saturday at 7:30pm you can see Jeremiah – a raucous rebellious gig theatre show about an eighteenth century rising to topple the government and end poverty forever. Then on Sunday at 3pm it’s the Honeybirds’ tenth anniversary celebration. There will be vintage harmonies, lipstick and cake. Finally, on Thurdsay at 7:30pm it’s Potatohead – one-potato-show involving puppetry, stand-up comedy, physical theatre, film, singing, dancing and plenty of potatoes. All the shows are pay what you feel, but you need to book in advance at www.slunglow.org/shows

Leeds United play their final home game of the season on Sunday against Brighton & Hove Albion. Kick off is at 2pm and you can expect the usual heavy traffic around Beeston before and after the match.

Over at South Leeds Stadium, Hunslet RLFC take on Swinton. Kick off is at 3pm, tickets are £15, £10 concessions and children under 16 are free.

On Tuesday The Hunslet Club are hosting an open evening for their very successful youth club. If you’ve thought about going but weren’t sure what to expect, why not pop along to Hillidge Road from 6pm and find out.

On Wednesday the Neighbourhood Policing Team are holding a contact point on Top Moor Side in Holbeck from 10:30am-12pm.

And finally, on Friday, BITMO are launching their Family Film Club at the GATE Centre, Aberfield Gate, Belle Isle. Doors open at 4:30pm for this free event. To book call (0113) 378 2190 or message via Facebook.