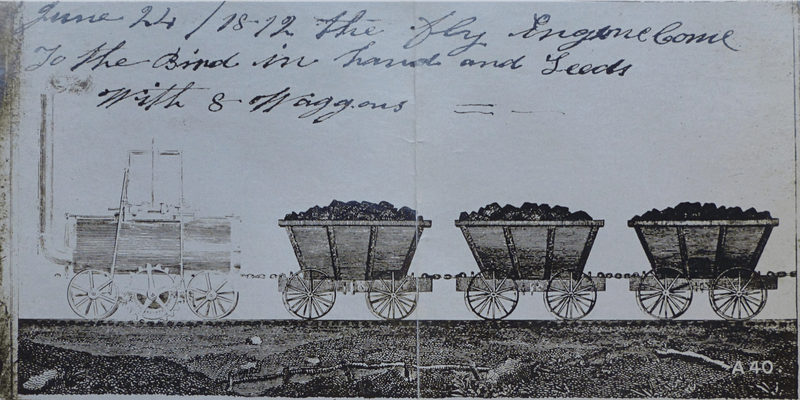 Join a walk with Leeds City Walking Tours that takes you to a steam train ride and a gem of a railway museum on Sunday 15 August.

From 1758, horses pulled carts of coal into Leeds from Middleton Colliery. In 1812 a new age began – not just for this short stretch railway but also for Britain and the world. Engineer Matthew Murray, of the nearby Round Foundry in Holbeck, was commissioned to build a steam locomotive to pull the wagons into Leeds.

With his successful first engine, Salamanca, in service, the colliery owner could out-compete his rivals in supplying the fuel that powered the industrial age.

The railway ceased to operate commercially back in the mid-20th century, but we can trace parts of the route of the return journey from the site of the coal staith near Leeds Bridge up to Moor Road in Hunslet. We take in various important railway-related sites along the way, including the area that produced thousands of locomotives between the 1830s and 1990s. Engines went to almost every country in the world during this long era.

When we reach Moor Road station and museum you’ll be able to take a steam-hauled service to Middleton Park at the special price of £5 per person for a day ticket.

Before or after a train journey you can see the impressive collection of locos, other artefacts relating to the historic railway (including a model of Salamanca) and fascinating interpretation boards. Refreshments and toilets are available. More information here: www.middletonrailway.org.uk

Walking tour tickets: £10 each, and up to 3 children go free. Booking essential at bit.ly/RailwayWalk

Leeds Bridge to Moor Road is approximately 2 miles. Meet on Leeds Bridge at 10am – downstream side near the Leeds crest.