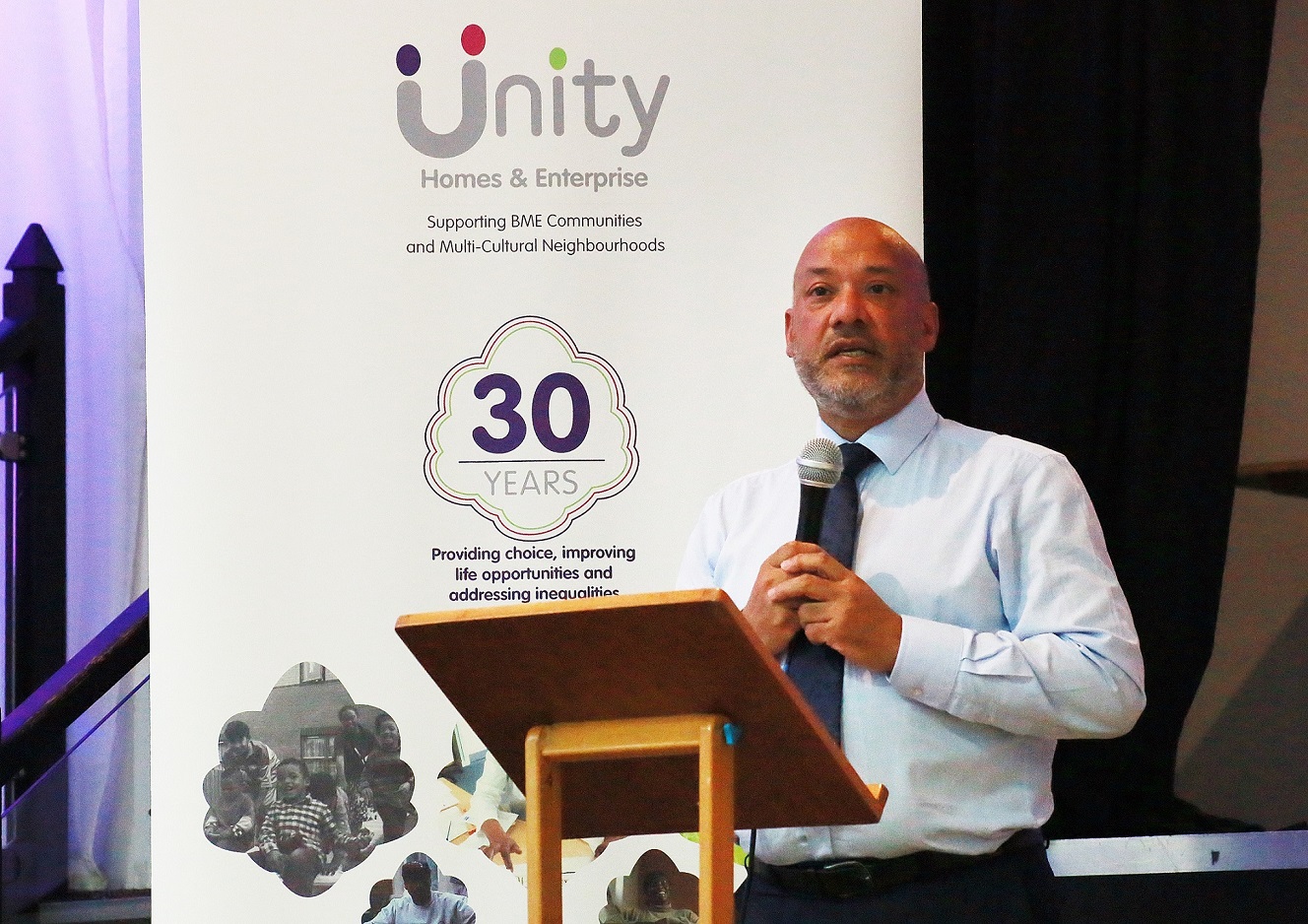 Ali Akbor, Chief Executive of Unity Homes & Enterprise, has spoken of his pride at being awarded an OBE in the New Year Honours List.

Mr Akbor, who joined Unity in January 1999 and also serves as Secretary/Treasurer of BME National, was honoured for services to the community in Leeds.

Responding to the announcement, he said:

“I am deeply humbled to receive this award, which is something I never envisaged.

“I regard it as recognition for the work that Unity staff and Board members – past and present – have done over more than three decades.

“I am part of a team, this is a team achievement and I trust each team member feels suitably proud. There can be no greater honour for me than to work with them.

“From a personal perspective, I also want to thank my family and friends for their support and encouragement over the years. They have always been there for me and we will celebrate this special moment together.”

“This prestigious honour is thoroughly deserved.

“Ali has played a prominent role in improving the lives of so many people in Leeds and beyond over many years.

“Alongside the provision of decent homes, he understands that social and economic regeneration, access to life opportunities and the removal of equality imbalances are essential for local communities to thrive.

“I am delighted for him and his family.”

Unity Homes & Enterprise own and managed social housing in Beeston, Holbeck and Hunslet as well as in Chapeltown and other areas.