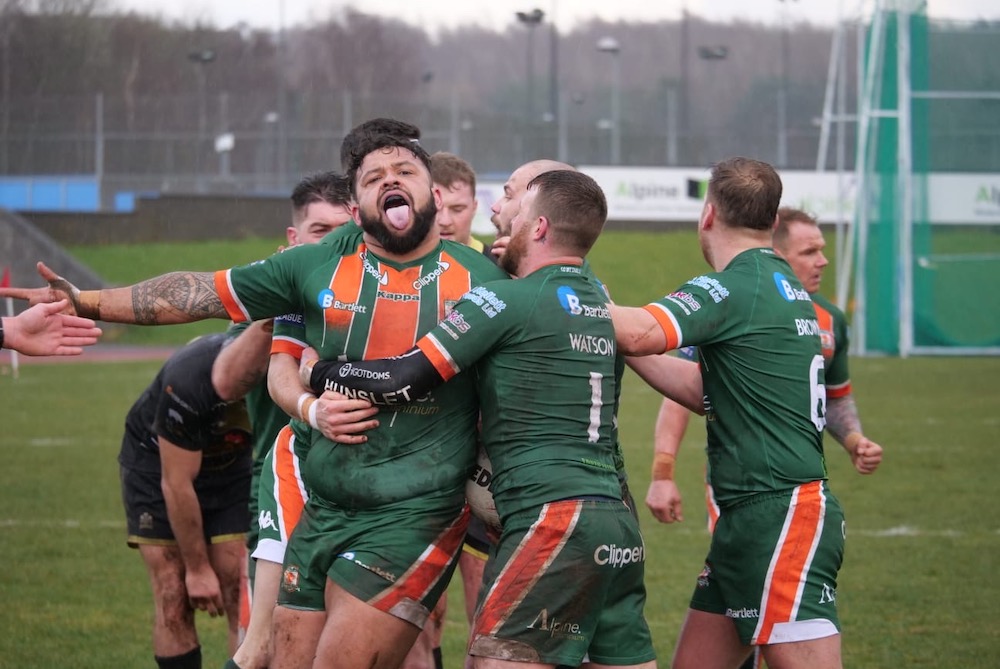 The Betfred League 1 Season may only be two weeks old but already Hunslet RLFC have made an early grab on the top spot with a second victory over Welsh opposition in a fortnight.

In truth, Hunslet are unbeaten in seven outings this year including friendlies and cup games and are yet to concede in the second half, and although not at their best today (8 March 2020) always looked likely to win.

North Wales had been unlucky a fortnight ago in the Challenge Cup game as Hunslet had scored late on to snatch victory, and today they started the better of the two teams. 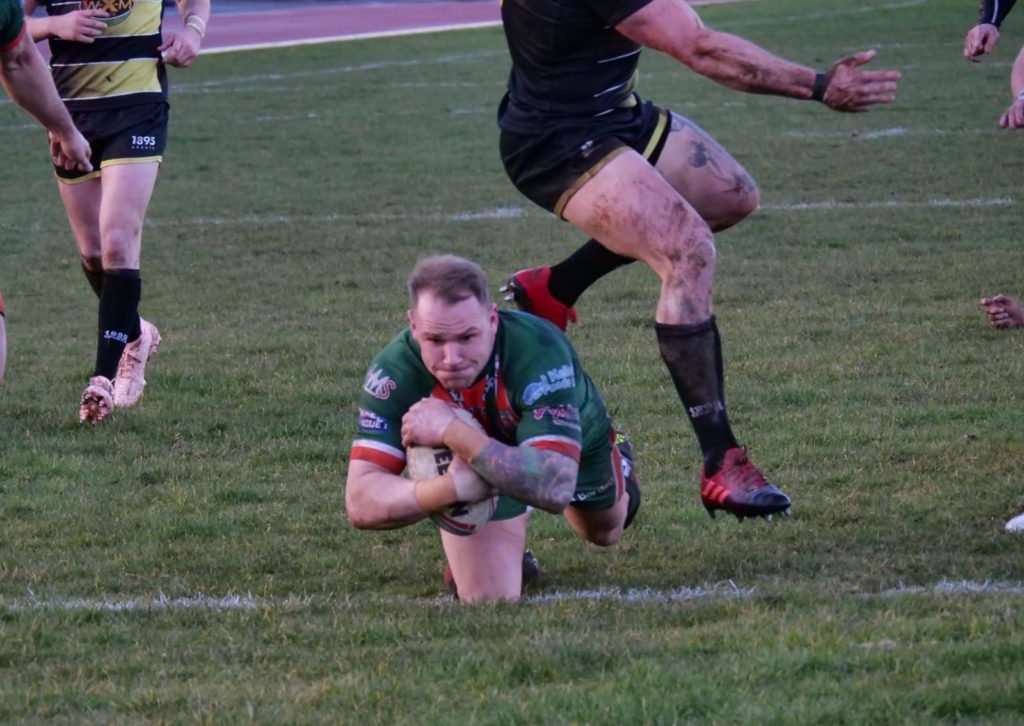 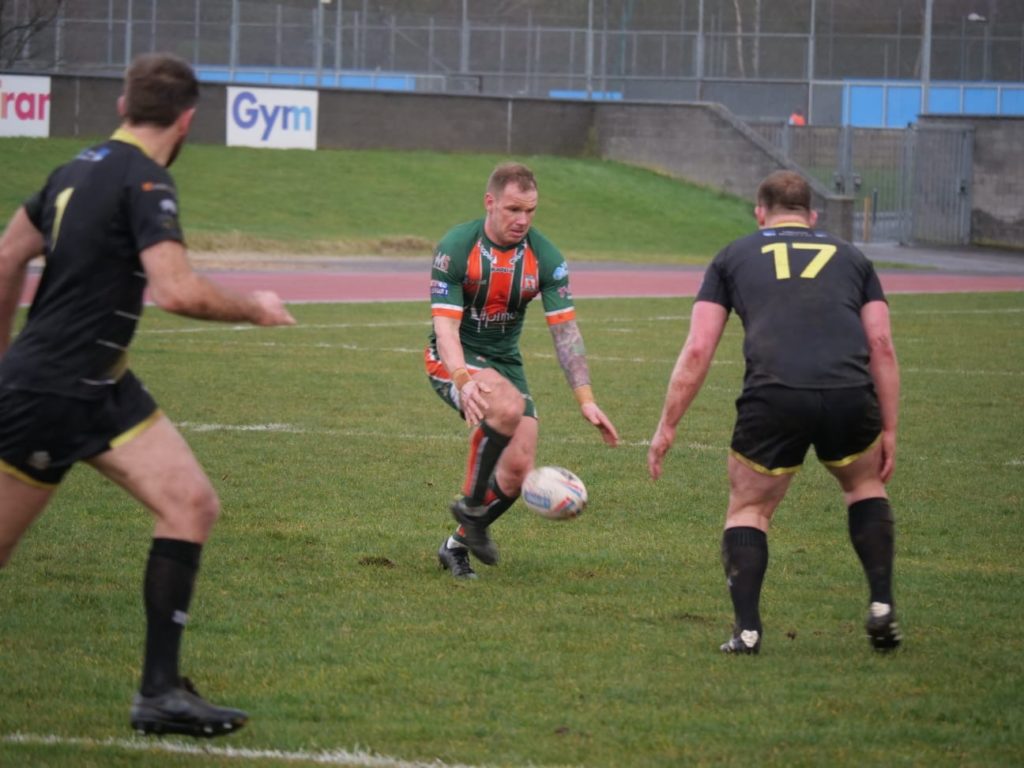 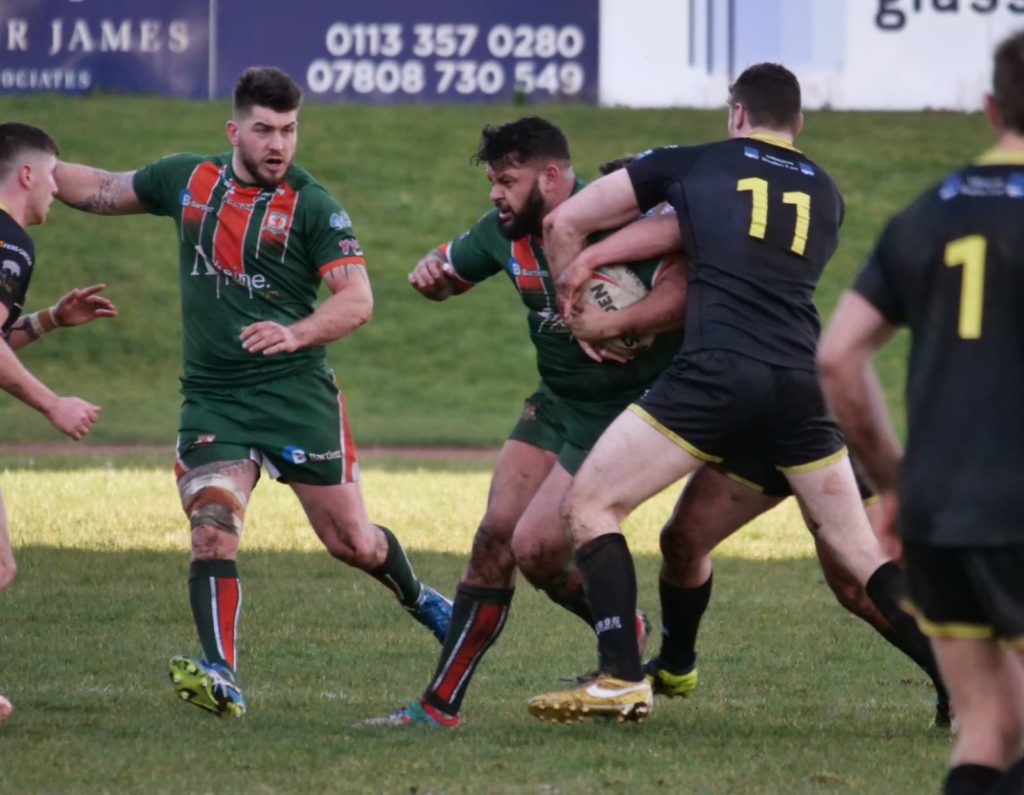 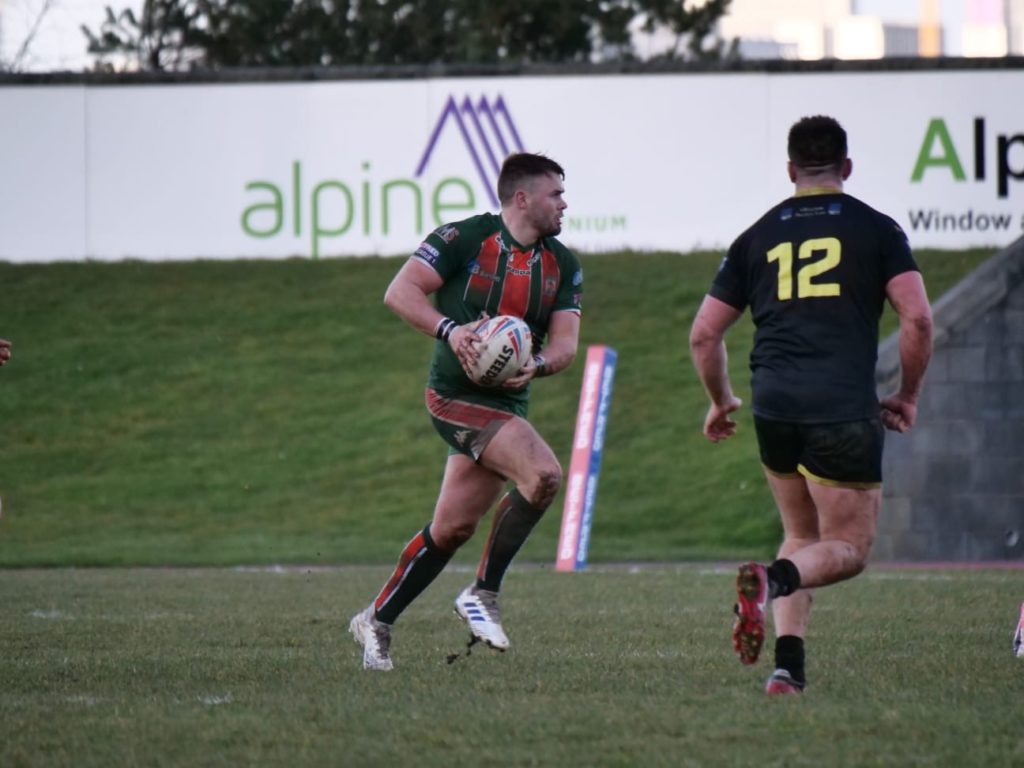 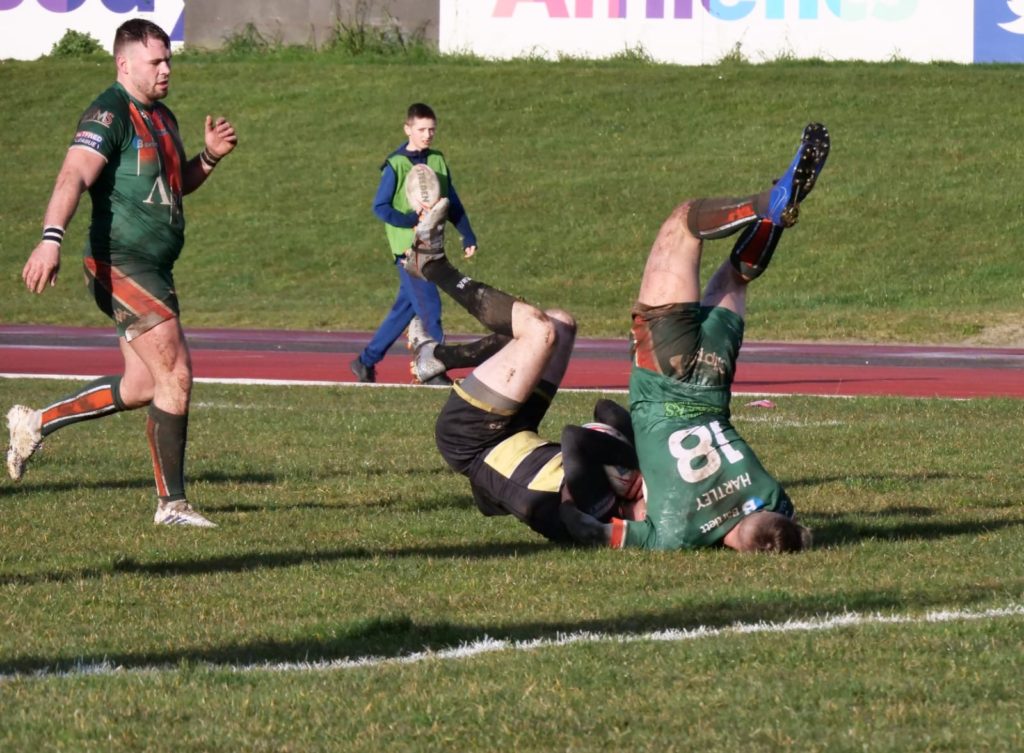 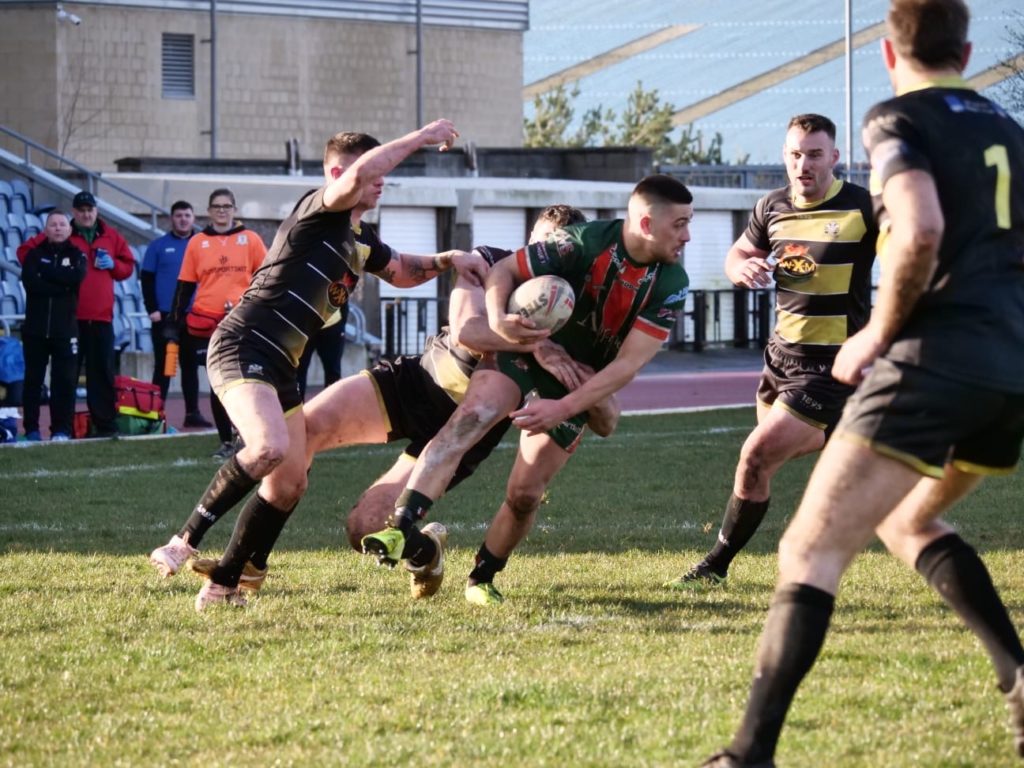 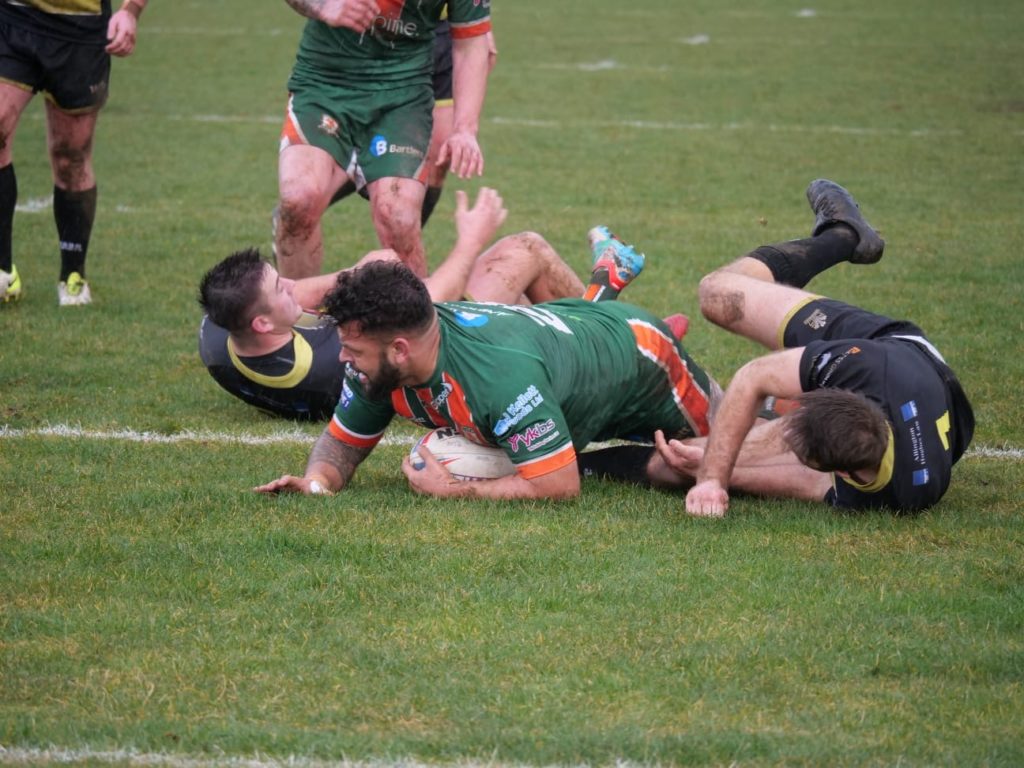 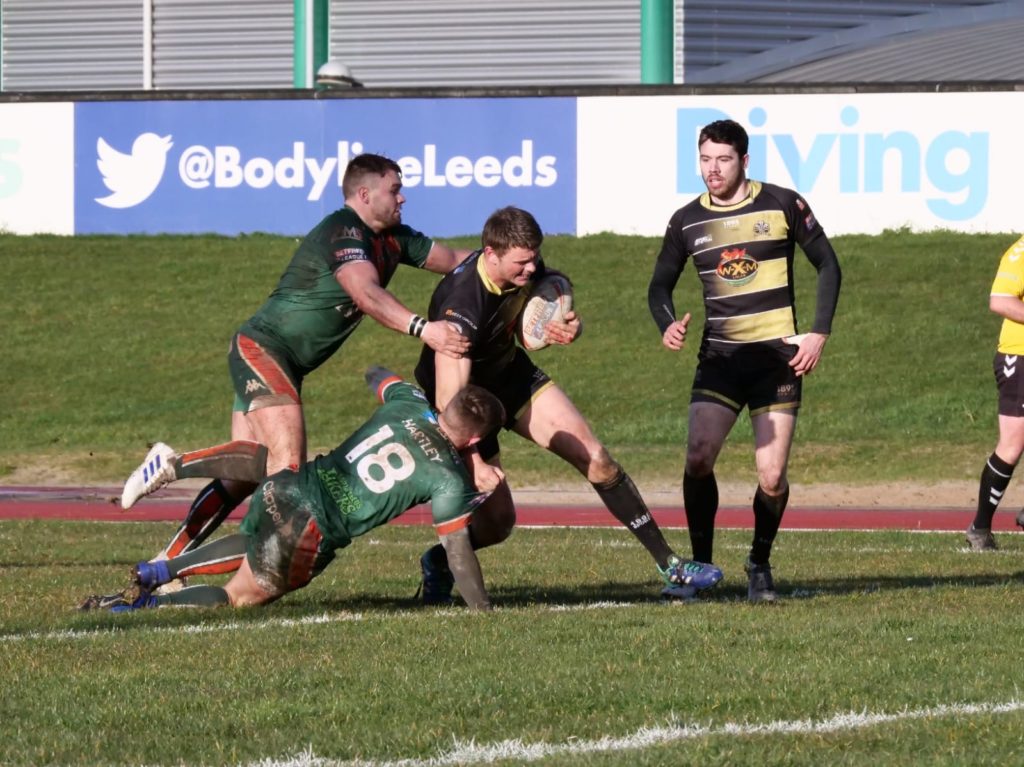 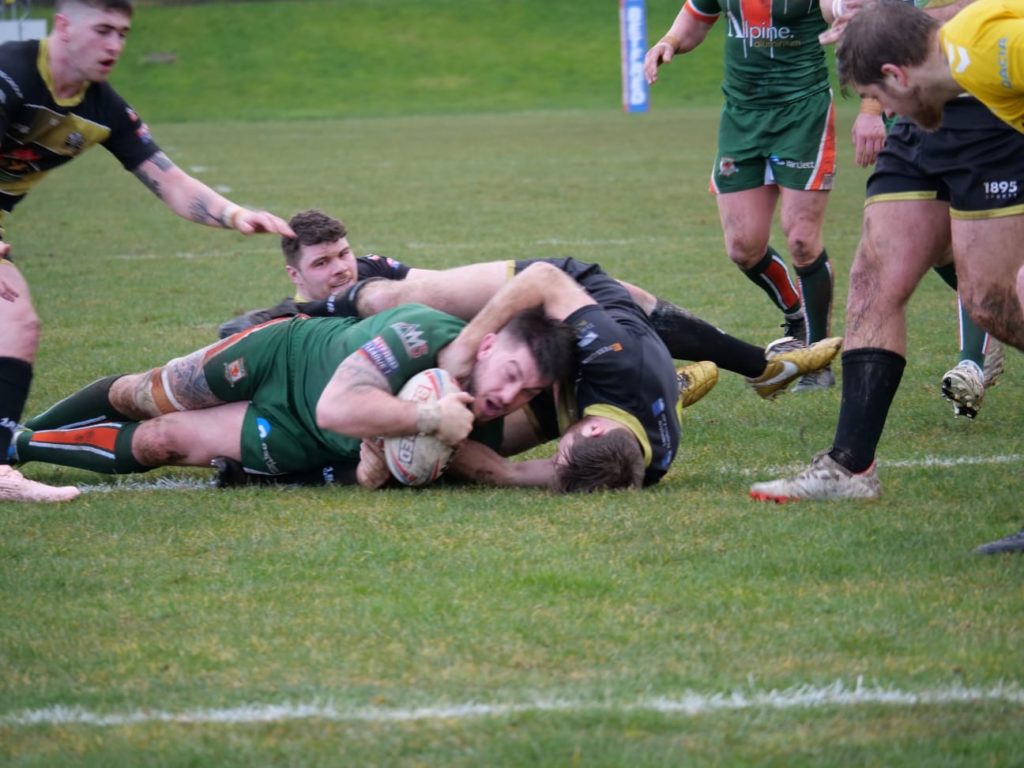 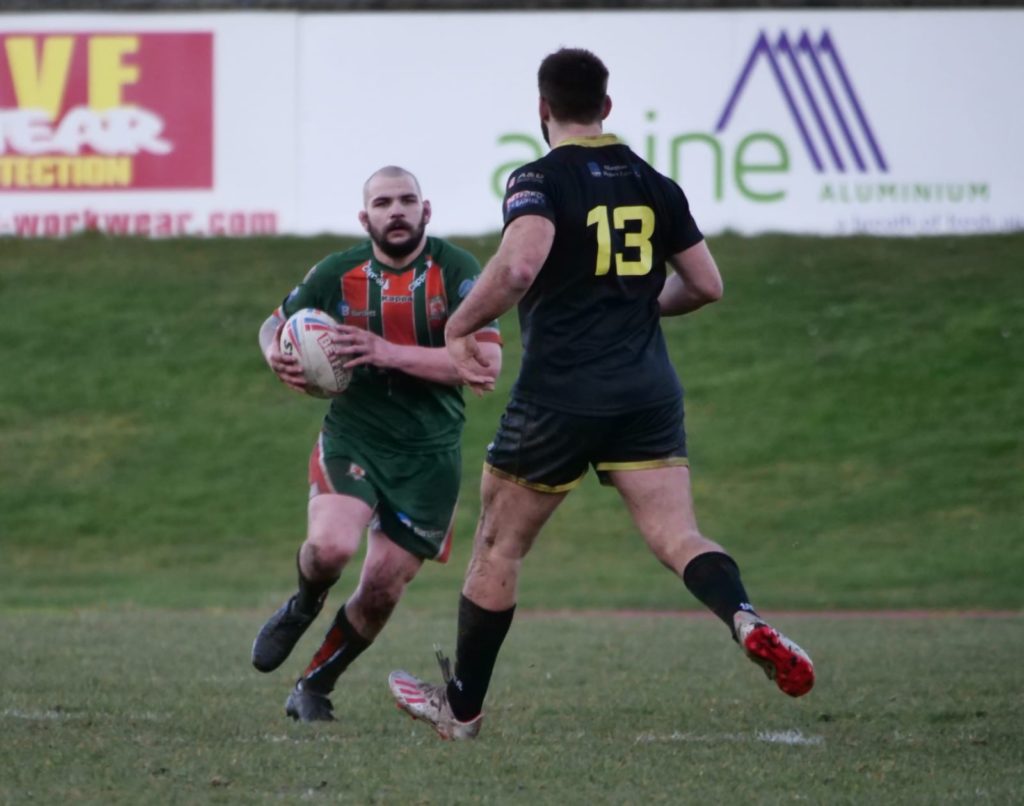 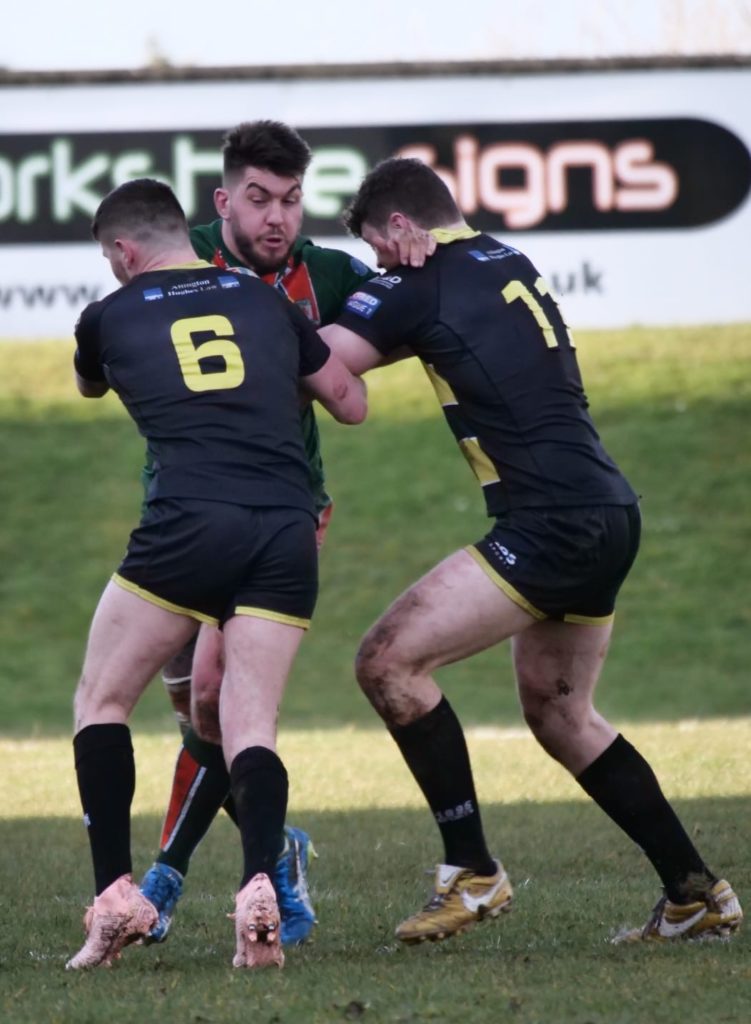 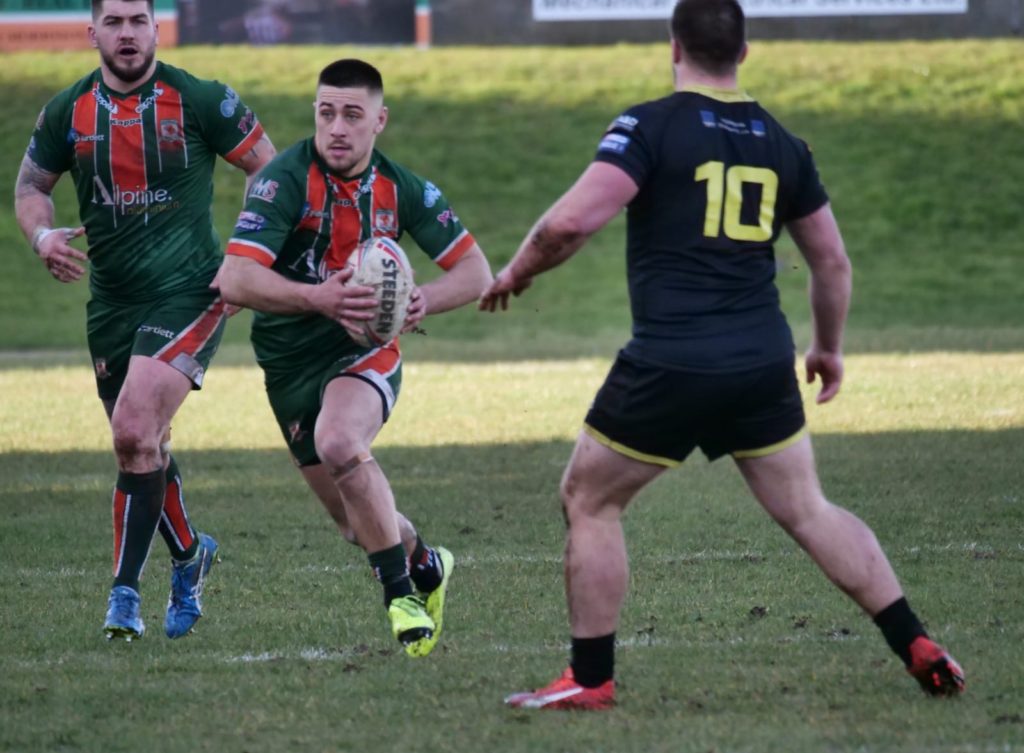 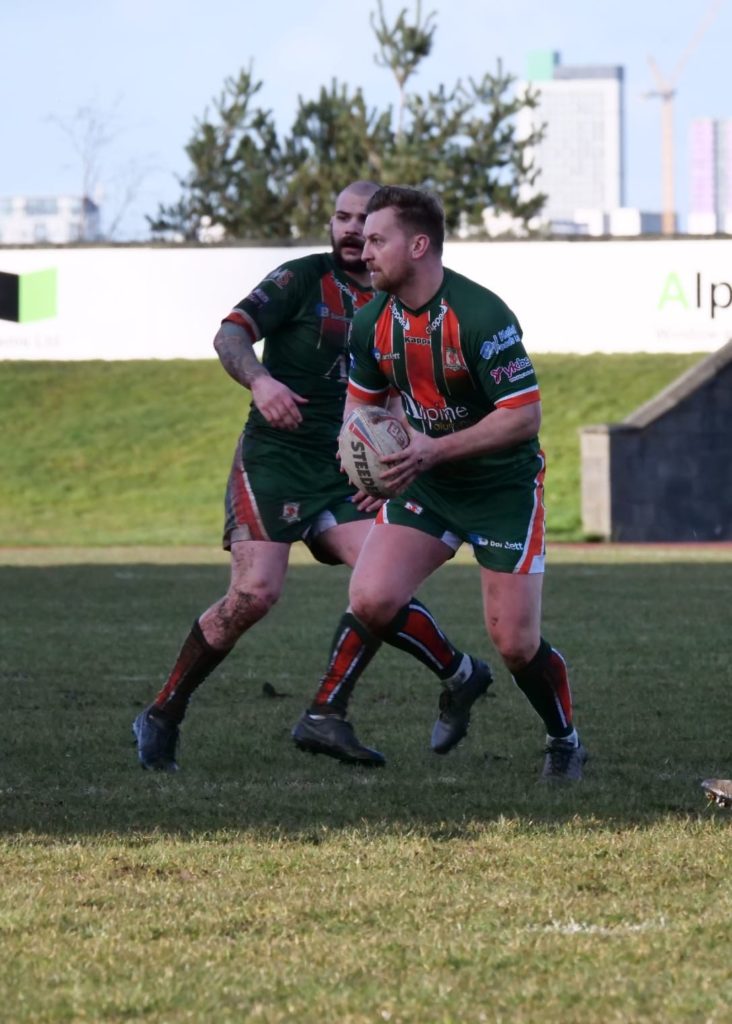 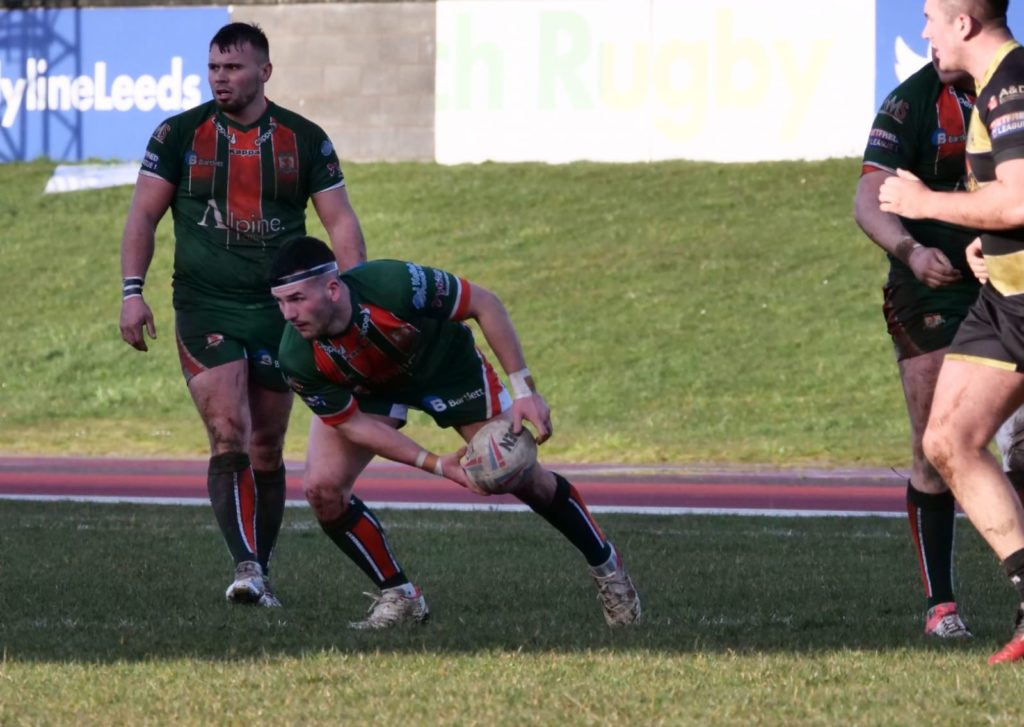 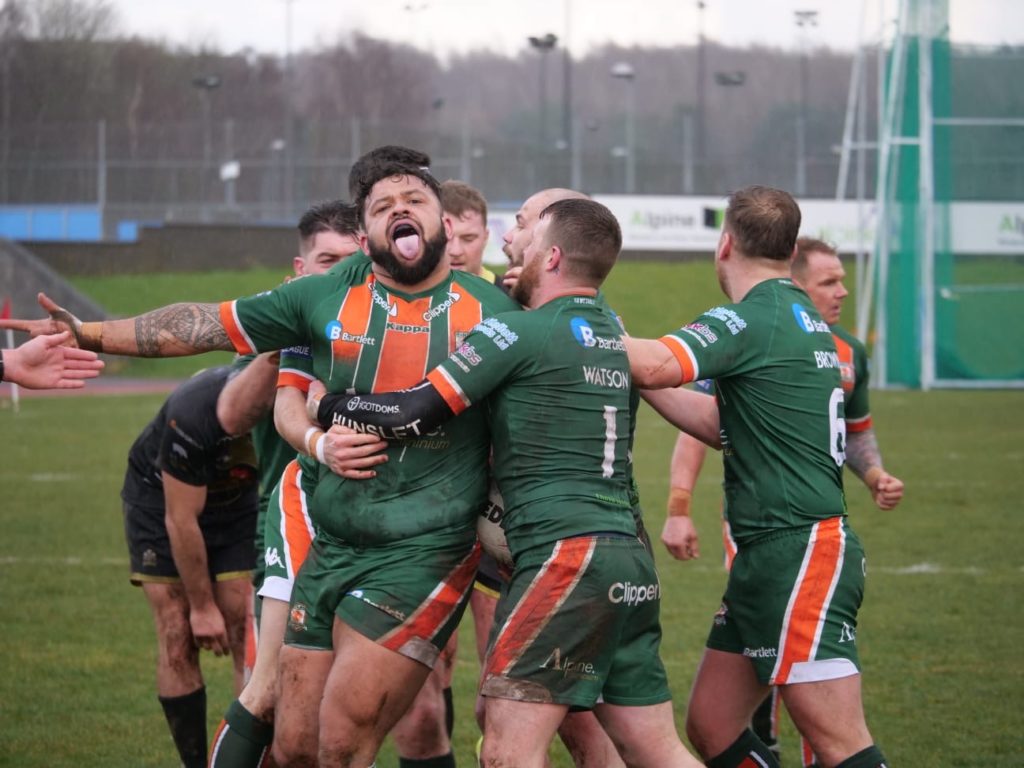 An early Welsh break looked likely to score before Keidan Hartley with exceptional pace made a try saving tackle. This though preceded a lengthy battering of the Hunslet line, but good defence kept the visitors out.

A nasty looking injury to Ben Markland meant some reshuffling for the Parksiders, and Jimmy Watson did well to clear up a dangerous Welsh kick. But the Crusaders did take the lead on 20 minutes when impressive centre Dante Morley-Samuels put Rob Massam over in the corner, 0-6.

As the half wore on former Championship half-back Dominic Brambani started to show why Hunslet were keen to recruit him this term. A Brambani break had put Hunslet on the front foot and Tom Ashton was held up over the line.

The game swung though on 35 minutes when a Simon Brown 40/20 put Hunslet in the ascendancy. From the resulting play Brambani skipped through the Crusaders’ defence to score and after converting his own try the scores were tied at 6-6.

Brambani was again involved moments later when he fed Duane Straugheir to score and suddenly Hunslet were on top at 12-6.

The Crusaders were now tiring and although Harvey Hallas was held over the line, Jordan Andrade smashed through the defence to score from a Brambani grubber kick and with the conversion Hunslet led 18-6 at the break.

North Wales came out with a new vigour in the second period and it was only good Hunslet defence that kept them out, the best being when Ben Heaton and colleagues pushed an attacker over the dead ball line when he looked all on to score.

A Brambani drop goal on 60 minutes edged Hunslet ahead further at 19-6, and minutes later a fine Tom Ashton break set up Keidan Hartley to dart over from acting Halfback, 23-6.

The game now almost won Hunslet could relax and play some flowing Rugby. Brambani and Ashton having the run of the pitch, but only after tireless work by the forwards (the pick of which being Jack Aldous for a tremendous tackling stint).

The try of the game came on 80 minutes when a Tom Ashton break set up Keidan Hartley who then fed Dom Brambani, who still with lots to do dummied his way over for a fantastic try and with conversion gave Hunslet a deserved victory at the hooter 29-6.

A Challenge Cup visit to Featherstone Rovers on Friday may give us a better idea of where this Hunslet team are, but you can only beat who you are playing and so far this year winning for this team is becoming a great habit to have.