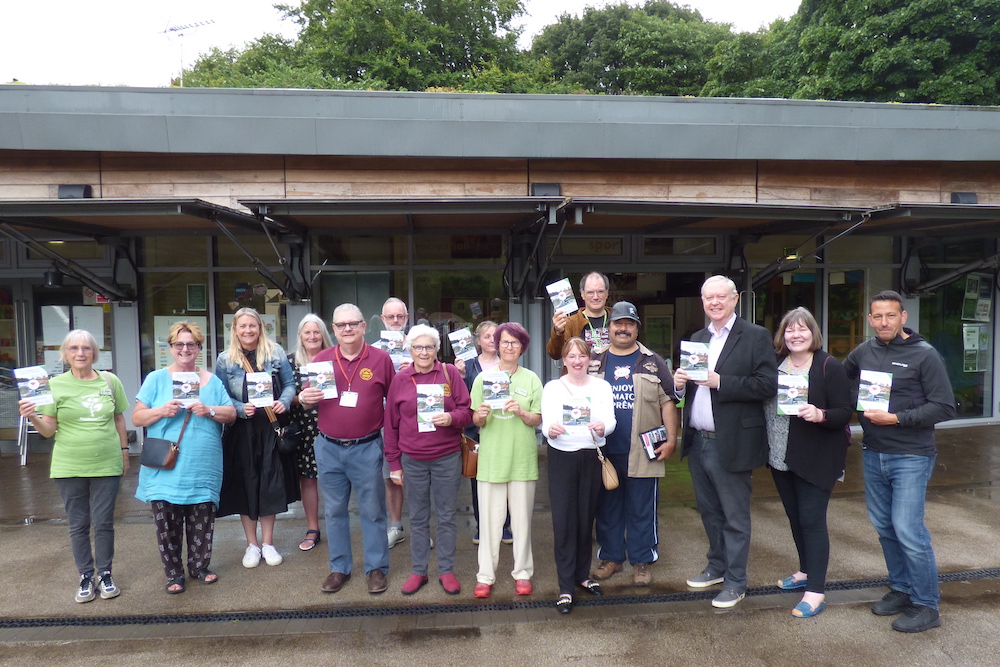 On Middleton Park’s 101st anniversary the network of organisations that work in and around the park have produced a booklet to help residents get the most out the green jewel at the heart of south Leeds.

A look at the list of contributors shows you just how much goes on in the park:

Speaking at the launch, Frances Jones from the Friends of Middleton Park, said all the organisations contributed to making the park an attractive place to visit and all relied heavily or totally on volunteers. She pointed out that usage of the park had increased significantly and it could rightly claim to be part of Leeds Natural Health Service.

The organisation with the oldest links to the park must be Middleton Railway as Ian Smith explained:

“The railway is inextricably linked to the park. It was orginally built to move coal mined in the park to Leeds and several of the main paths were originally built as waggon ways.”

He said that whilst they always encourage passengers to take a walk in the park and return on a later train, they do still hope to extend the line beyond Park Halt right into the centre of the park.

The Bowling Club has been around since at least the 1930s and is always looking for new members. It’s open four days a week and it’s currently free to play until the end of the season in September.

The Friends of Middleton Park was started in 2003 “to make the park a better place.” It was the driving force behind the 2012 lottery grant which saw the visitor centre and bandstand built as well as new signage and path renovations. They also oversaw the new children’s playground which opened in 2019 and run an extensive programme of activities including the Great Middleton Park Show.

Leeds Urban Bike Park is one of the newest organisations in the park, opening four years ago. The bike tracks have proved hugely popular, especially in the last year. Jeremy Hayes said that they had been the victim of their own success and struggled to find room for all the activities they would like to run. They have recently taken the lease on the former golf clubhouse and plan to move their community and youth work there.

“Thank you to all the groups, we are so grateful for everthing you do, it makes such a difference.

“We couldn’t do it without you and I think the Friends are the park – you’ve made a tremendous difference over the years, all the bands on a Sunday, the show adds such value to the park.

“This booklet will be really welcomed in the community.”

Cllr Angela Gabriel (Beeston & Holbeck) is chair of the Inner South Community Committee which paid for the production of the booklet. She encouraged any groups in the community to apply to them for small grants up to £500, or larger grants saying they are keen to help groups like these to do even more in the community. 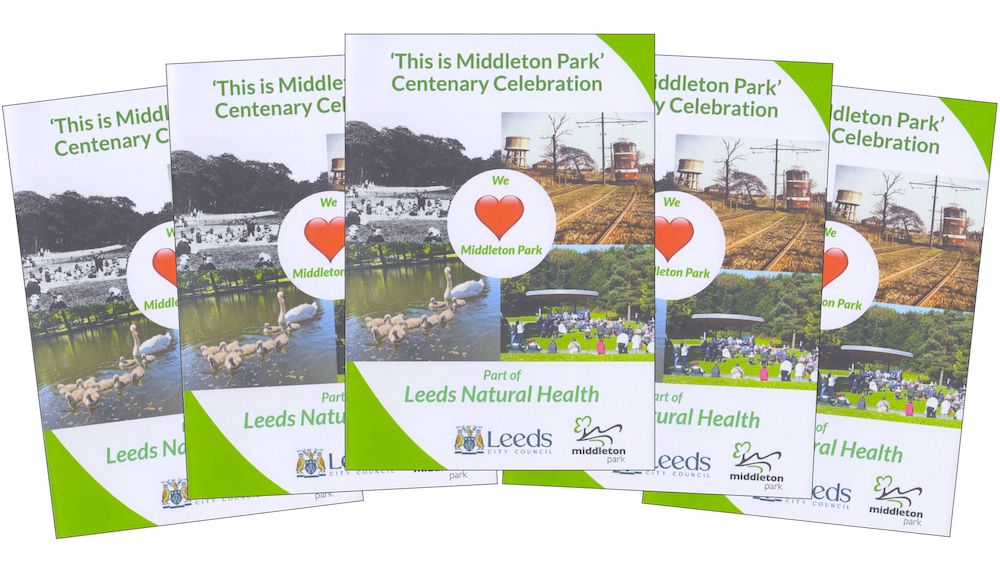