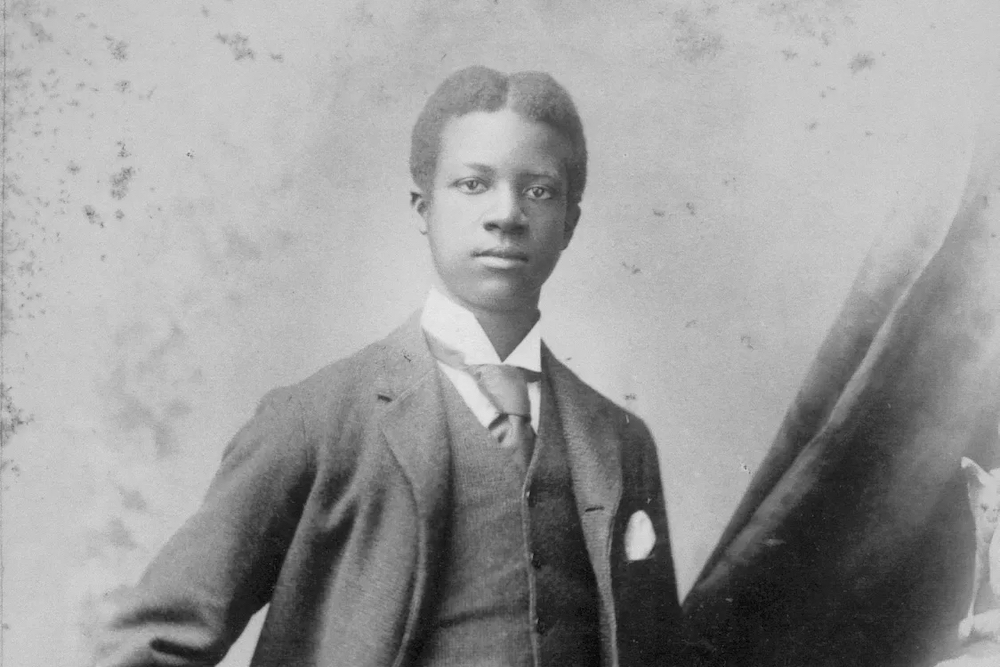 For Black History Month, we asked Joe Williams from Heritage Corner to share what he had discovered about Black history in Holbeck.

Delivering hidden history is a privilege and never static. Heritage Corner engages the public in Yorkshire’s local histories whilst sharing enthusiasm toward wider connections. The narratives of Leeds’ economic development are as diverse as our society has become today and there are amazing narratives left behind for us to explore and boldly embrace.

This year we have delivered a walk for the David Oluwale Memorial Association in the city centre and presented sold-out Black History walks at Harewood House, the first venture of its kind at the popular stately home. Also, recently, as part of our Unseen Histories festival in Armley with Assembly House, we delivered our first walk in Gotts Park, followed by a creative workshop. However, our invite by Slung Low to deliver educational walks in Holbeck proved surprisingly more educational for us than expected.

The highlight of positive local representation in Leeds, for people of African heritage, is John Marshall’s Temple Works. With a rich history of its own the famous factory edifice, modelled on an ancient Egyptian temple, provides a gateway into the rich cultures of the peoples of the Nile Valley. This history has fascinated the world, yet the established framework miss opportunities to discuss the real people and their influential faith.

Western representations of mummified remains, for example, conjures images of Hollywood fiction and comic book horror, where no attempts are made to represent local humanity. Nesyamun was a priest in the Nile Valley 3,000 years ago, the sophisticated faith system that he practiced is little known about. Interweaving such narratives into local history provides a kaleidoscopic landscape of reflection.

Nesyamun, the Leeds Mummy, arrived in Leeds in the 1820s alongside other philanthropic acts from industrialists as contributions toward the social growth of their booming town. John Marshall, Benjamin Gott and others enriched Leeds in economic and civic ways that have left us rich social legacies.

Western economies, however, were inextricably linked to transatlantic trade. Leeds Quaker and abolitionist Wilson Armistead, whose mustard factory was in Holbeck, campaigned tirelessly against enslavement of Africans in America. His 1848 ‘A Tribute to the Negro’ attempted to counteract degrading misrepresentations of Africans that plagued all western media.

Leeds’ rich local history is full of many other inspirational figures and heroes like Charles Jenkinson. Streets in his name in Holbeck remind us of acts of humanity that can help us to rectify the consequences of a rapidly aggressive economic system. Jenkinson himself was born in a slum in London and as a minister he chose to be posted in the most deprived area of the country, Holbeck.

As far back as 1701 we learn from Leeds historian Ralph Thoresby that his cousin’s ‘Black’ was baptised, the first he’d heard of, which means there were other Africans who weren’t baptised by their ‘masters’. Abraham Johnson was not enslaved by Christians, he found his way to Victorian Leeds from his birthplace in Zanzibar, via India and China where he escaped enslavement. He worked at Marshall’s Mill and was also known to sell tracts on street-corners as extra income.

By the time Bertie Robinson arrived from the West Indies, as a boy, to work at Harewood House, slavery had been abolished. The Footman’s son would live in Holbeck and serve in World War II for Britain. There is an informative exhibition on Bertie at Harewood House that runs until the end of October.

The degradation of Africans was a major factor of the British empire and we are still dealing with the cultural legacies. However, in both the 18th and 19th centuries the Baines family and their Leeds Mercury newspaper helped to provide platforms for Olaudah Equiano, Frederick Douglass, Sarah Parker Remond and others of African origin to visit Leeds and speak for themselves in packed venues.

As goods of empire flowed up and down the waterways, contributing to the local economy, degradation of workers at home and abroad became a by-product of profit. Holbeck Moor holds significant history in the fight for social justice in Britain. The learning is endless and combined with creativity can offer programs of engagement toward understanding our city.

Whether you’re a part of the legacy of the aristocracy, the working classes or a displaced subject of the empire – we have a shared heritage and humanity that can be richly woven into a fascinating narrative of economic inclusion today. Heritage Corner looks forward to working with other historians and artists to celebrate our city’s rich heritage.