For the last time in 2016, here’s your regular roundup of what’s making South Leeds tick on other websites, blogs and across Facebook and Twitter.

We start this week down at The Hunslet Club where the Under 8s football team are celebrating winning the Garforth League Cup on Sunday. If you want to know more about the club’s background you should take a look at their video. 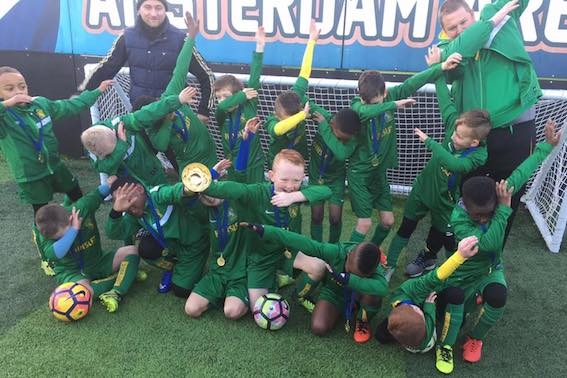 If you haven’t booked your Santa train at Middleton Railway yet you are too late. The last Santa trains of 2016 are fully booked. Meanwhile the Yorkshire Evening post reported on the arrival of a historic Hunslet-built loco returning from a Trinidadian sugar plantation.

It was a sell out too at Cottingley Community Centre on Saturday (17 December) for their Christmas party. You can catch up via the photos they have posted.

Speaking of Christmas parties The Bridge, which supports adults with learning disabilities at their base in Holbeck, held a Christmas Ball last Friday and clearly had a great time. Again, they’ve posted lots of photos.

Newcastle Thunder will be Hunslet RLFC’s opponents in the League One Cup. The tie will be played on Sunday 19 February at South Leeds Stadium. In the meantime the latest edition of the club magazine South Of The River is out.

Book early for the 2017 Running for Skye charity 5k “hop, skip, walk or run” in Middleton Park on Sunday 12 February. It’s always a great event and a very good cause. Details via Run Leeds.

The latest newsletter from the Inner South Community Committee is out in time for Christmas. If you’re involved in a community group be sure to check out the details of their small grants scheme.

Need to burn off some Christmas calories? Why not join the Friends of Middleton Park on Tuesday 27th at 10:30am for a chance to see where the new cycle trail will go. They are also collecting treats and toys for Leeds Dogs Trust.

If that’s not enough, Leeds Let’s Get Active have published their new times for cheap swim and gym at John Charles and Middleton Leisure Centre through to March 2017.

And finally, it was Winter Wonderland at Belle Isle Family Centre today (21 December) and they’ve posted loads of great photos.