We start this week in Beeston at the Brew Coffee Shop where they’ve installed a new counter to improve their take out offer. Don’t forget we are there every Thursday morning for our News Café. Pop in for a chat about local news, help with writing and social media issues. 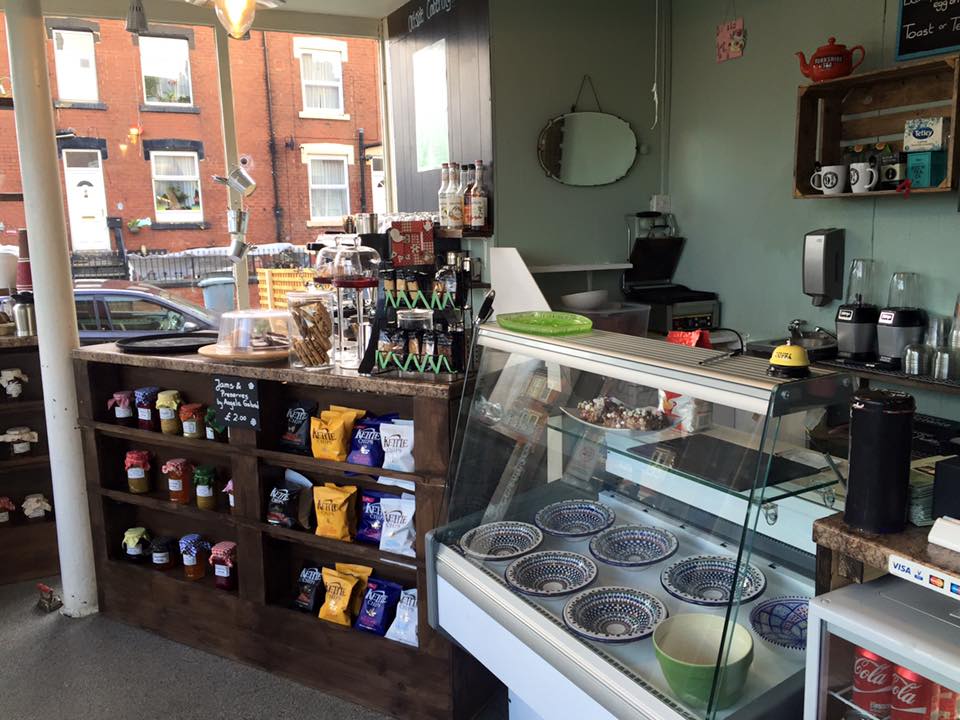 Did you know that the Belle Isle Family Centre has a café? They serve hot lunches Monday to Thursday and they have posted some very appetising photos on their Facebook page.

Good news for beer drinkers, Leeds Brewery are expanding their operations according to Business Daily.

Meanwhile in Canada a Hunslet locomotive has been donated to the Bellevue Underground Mine museum in Crowsnest Pass, Alberta according to a report in the Lethbridge Herald.

Beeston blogger, Helen, has marked her 36th birthday with 36 thoughts on her Hello From Me To You blog. These range from ‘I need to start exercising again’ to ‘I forgot how much enjoy drawing’.

Were you in Mrs Crawford’s class at Middleton St Mary’s Primary in 1953? The Middleton Life group have posted a class photo and started filling in the children’s names – can you help them complete it?

A report has been posted on the Holbeck Neighbourhood Plan website explaining how they have started to consult on the initial draft plan for the area.

Stewart Robinson from the Valentines Fair will be the guest at Beeston Community Forum on Thursday (4 February) where they will also be discussing progress on the Beeston Neighbourhood Plan.

Wands at the ready! We spotted on Twitter that Park View Primary Academy in Beeston are holding a Harry Potter Book Night on Thursday (4 February). Quidditch, potions and a feast are all on the agenda plus real owls. Perhaps it was the owls that tweeted?

Also spotted on Twitter, Holbeck Elderly Aid are holding a coffee morning on Friday (5 February) in support of the British Heart Foundation Wear It, Beat It campaign.

Don’t worry if you missed the tryouts for Leeds Dynamite, there are still some places left. They have also posted some great videos so you can see what cheerleading is all about.

Did you know that Hunslet hosts the Leeds Discovery Centre? It’s the store for the Museum Service and has all the treasures they can’t display in their museums. They have posted a great video to welcome you to the centre.

Freya Lovett has written about volunteering at Skelton Grange Environment Centre and the many activities they have coming up as winter turns to spring.

“Rubbish!” I hear you cry. That’s exactly what on the agenda in Cottingley on Thursday (4 February) as Housing Leeds host a meeting at the community centre to discuss improvements to waste collection and recycling on the estate.

And on Thursday 25 February the Inner South Community Committee is holding another environment workshop for residents in Beeston, Holbeck and Cottingley. The event is at St Matthew’s Community Centre in Holbeck starting at 6pm.

It’s great to see local businesses get behind Save Our Beeston’s charity night to raise funds for Val Duggan who is suffering from cancer and now housebound. The big night will be on Saturday 5 March at the Tommy Wass pub.

Beeston in Bloom treated local Parks staff to breakfast before asking for their help to move some of their planters. Another date for your diary – the group’s AGM will be on Monday 7 March.

And finally, the Inner South Community Policing Team seized a motorbike in Middleton this week after reports that it was being used in an anti-social way. More please!