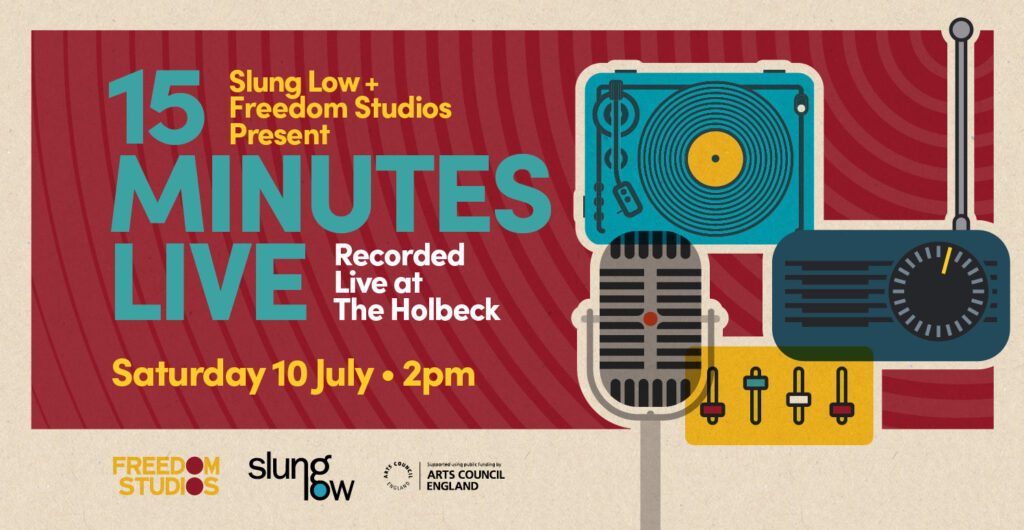 Two of Yorkshire’s best known theatre companies are set to join forces with an exciting line-up of playwrights for an afternoon of brand-new short plays written for radio and performed in front of a live audience.

For the past 10 years Leeds based Slung Low have been running 15 Minutes Live and this time they will partner with acclaimed Bradford theatre company Freedom Studios, to commission six playwrights to write an original short play, to be recorded in front of a live audience at The Holbeck in Leeds on Saturday 10 July at 2pm.

15 Minutes Live, brings together original plays from some of the most exciting writers in Yorkshire and across the country, with on-stage sound effects, audience participation and live music woven into the performance. The audience will be guided through the riotous afternoon by the event’s lively compere.

All the short plays will be recorded in the afternoon and will be made accessible for free download from Slung Low’s website shortly after. We have two tickets to offer a South Leeds Life reader in exchange for a review. Email info@southleedslife.com for more information.

This article is taken from a press release.