In its inaugural year, the Harry Jepson OBE Memorial Cup was claimed by Leeds Rhinos after they overcame Hunslet RLFC 21-14 in an entertaining and competitive game at South Leeds Stadium yesterday (15 January 2017). 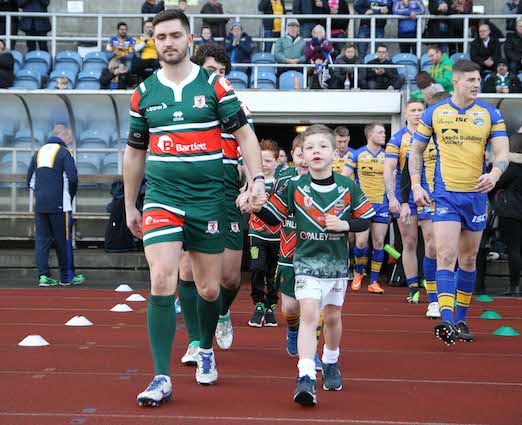 All photos by Steve Gaunt / Touchlinepics.com

Hunslet put in a spirited performance and the half time score of 10-10 did not flatter them. Although they went ahead in the second half, Leeds Rhinos overhauled them to win the game 14-21.

Hunslet’s tries were scored by Marcus Webb and Joel Gibson on their debuts with one from Jake Normington. Joe Sanderson kicked Hunslet’s only goal, converting Normington’s try.

A final warm up game has been arranged for Hunslet RLFC as they entertain locals from Hunslet Club Parkside at South Leeds on Sunday 29 January, kick off 3pm. Admission will be £10 Adults, £5 Concessions (over 65’s) and FREE for Under 16’s.