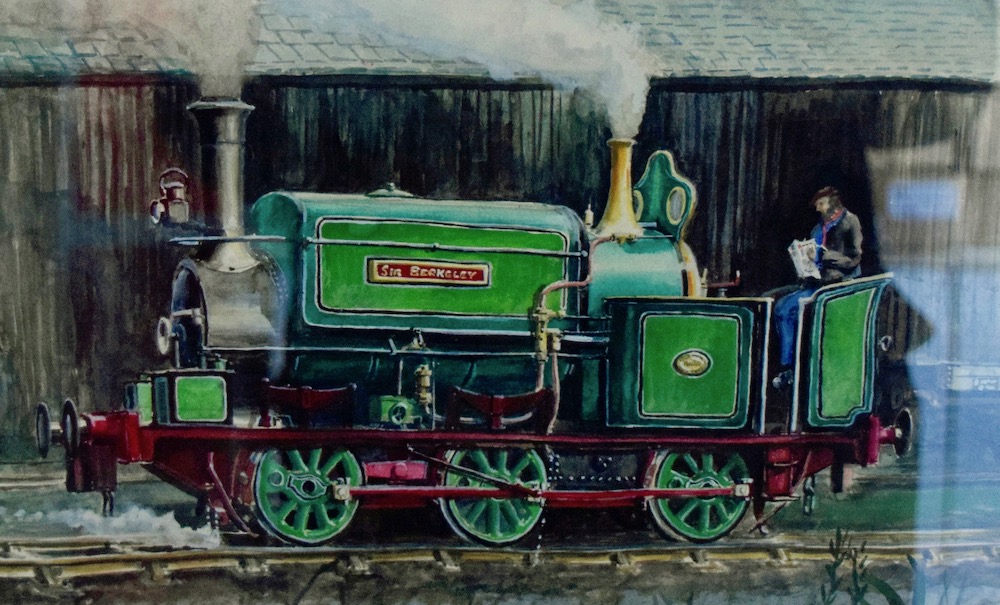 The Middleton Railway is pleased to announce that it is working with the Vintage Carriages Trust (VCT) to restore Manning Wardle contractor’s locomotive “Sir Berkeley” to its original “Logan and Hemingway” livery.

When back in service in 2020, this locomotive will be the only working example of a Manning Wardle contractor’s locomotive – the type of locomotive which helped build much of this country’s infrastructure, including such great Victorian enterprises as the Great Central Railway and the Manchester Ship Canal.

The engine was built my Manning Wardle at their Boyne Works on Jack Lane in Hunslet in 1891 and starred in the BBC TV series “The Railway Children” before the famous film. It also recently starred in the TV series “Jericho”.

“We are delighted to be working with our partners at Middleton Railway to restore our historic locomotive to its original appearance as far as it is possible.  The loco will become a great ambassador for both organisations in its new livery.”

Visitors seeing this engine at work will notice the contrast between the very elaborate multi-coloured livery, showing the pride Logan and Hemingway took in their locomotives, and the spartan conditions provided for the crew – no cab, just a simple weatherboard (and sou’westers!).

“Middleton Railway is also delighted to be restoring this great example of Leeds-built engineering. On a personal note, the engine was involved in the construction of Nottingham Victoria station and, for me, brings back many childhood memories of catching trains from that most atmospheric of railway stations. We look forward to seeing Sir Berkeley hauling trains at Middleton in the not too distant future.”