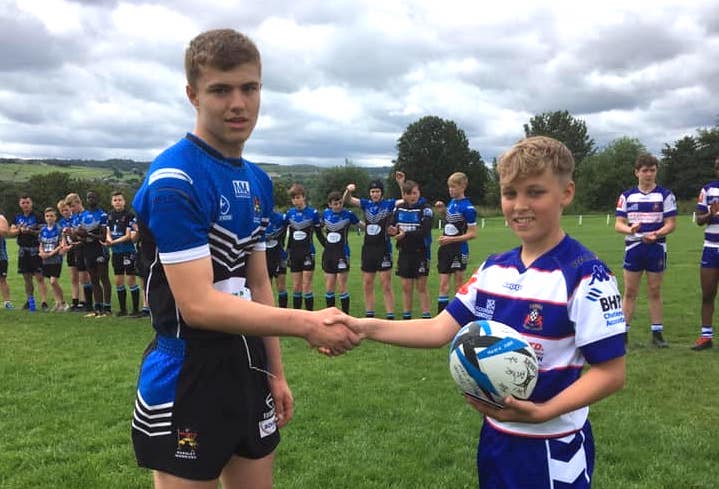 Hunslet Warriors ARLFC has received an outpouring of support and solidarity after one of its U14s players was diagnosed with leukaemia.

The club announced in June that Luke, 14, was diagnosed with acute myeloid leukaemia (AML) and the player is currently undergoing a period of chemotherapy that will last between six to eight weeks.

In the meantime families, friends and other clubs within the rugby league community have expressed their solidarity with Hunslet Warriors and Luke.

Before a game against Siddal U14s last Sunday, a signed ball and vouchers were handed to the Hunslet Warriors captain in support of the teenager during his treatment.

No fewer than 40 other clubs from across Yorkshire and beyond sent messages of support on Facebook and Twitter. Queensbury ARLFC’s Facebook account posted: “Best wishes to the little fella! A different kind of strength needed here now, but be rest assured it’s not only your own club that are behind you!”

A fundraising campaign has been launched on the website GoFundMe to help Luke and his parents with “travel, loss of earnings and other expenses to try and take just one of the worries they have ahead of them at this hard time.”

According to the webpage:

AML is a rare cancer that usually affects the elderly, with around 3,100 people diagnosed with it every year in the UK according to the NHS website.