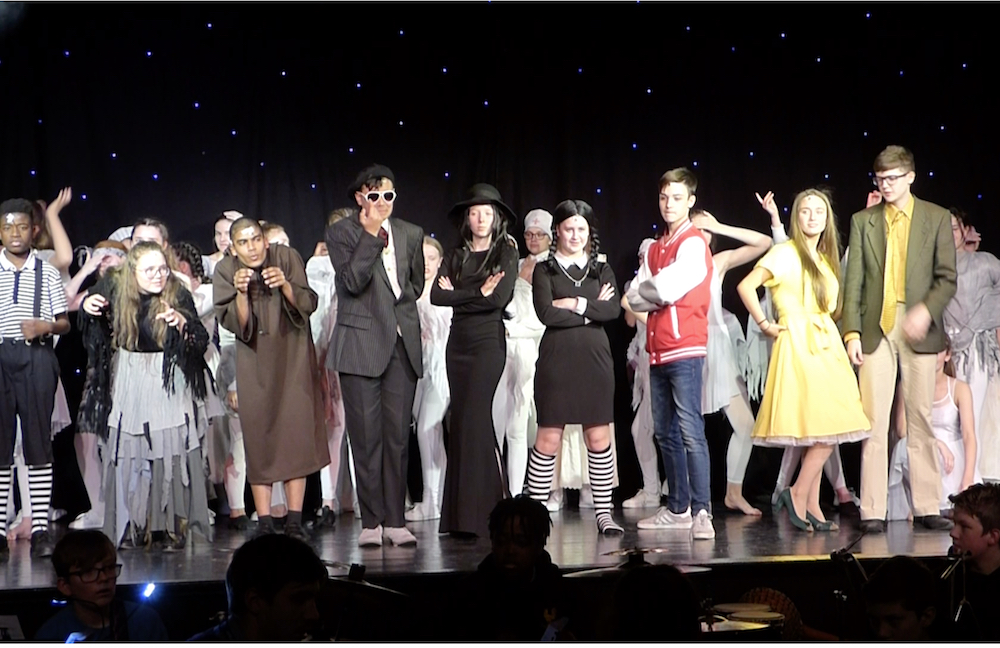 2019 saw Cockburn School take on yet another amazing musical, and they certainly rose to the challenge! The final result was five incredible performances of the Addams Family enjoyed by teachers, fellow students, parents & carers, members of the local community, and even students from primary schools in the area. And everyone who attended emerged from Cockburn’s theatre with the biggest smile on their face, having experienced something that could only be described as magical.

The cast and crew have been working extremely hard since September to make Addams Family the best it could possibly be. Four months of pure dedication definitely paid off, and it was clear to see from the performances just how committed everyone was. For weeks leading up to the show the students involved stayed for rehearsals after school to perfect choreography, finalise lines and practise songs. They even came in on a teacher training day and a full weekend to put more hours into the show. There was a clear demonstration of resilience from all, which is one of Cockburn’s values.

Of course, it wasn’t just the amazing actors and actresses on the stage who deserve recognition for this phenomenal show. The crew who worked tirelessly behind the scenes to ensure everything ran smoothly on the night, the students who volunteered to help with hair and makeup to really add the spooky element, the band who put in hours learning every song, all contributed to the final product. And of course, the super talented and dedicated teachers from the performing arts department who went above and beyond to make Addams Family the best musical yet. None of it would have been possible without them.

Everyone shared the view that the musical was a complete and utter success, and a great experience for all who came. One audience member even remarked “I wish I’d bought tickets for every night!” which really brings to light how enjoyable it was for those who came to watch. The cast and crew also really enjoyed being a part of something so remarkable. Ashur Cali, who played the part of Uncle Fester, explained that:

“It’s fueled us with a passion for the arts and pride for what we’ve made together.”

Yet again, Cockburn has astounded us all with a sensational show which will be remembered for years to come.