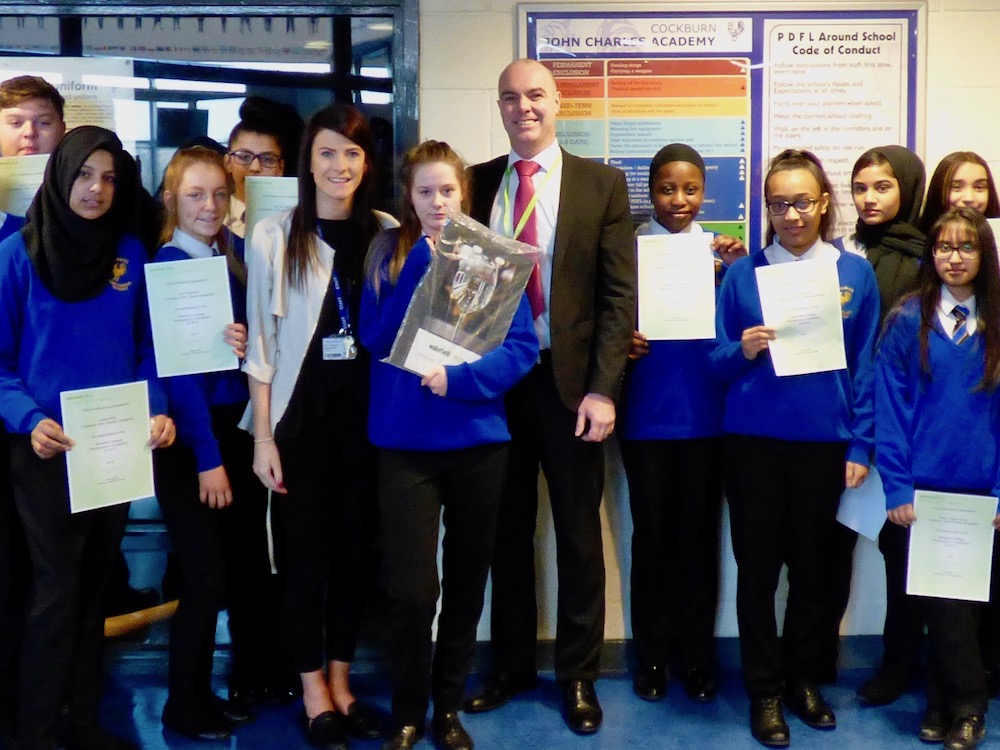 James Pennington from the college visited the academy recently to award the prize, a framed photograph, certificate and £50 voucher for photographic equipment, as well as certificates to Megan’s classmates who also entered the competition.

The theme of the competition was “Reflections.” GCSE Photography students at CJCA were set the topic as a one week brief in November. Megan’s winning shot is reproduced below.

The other entrants from CJCA were: