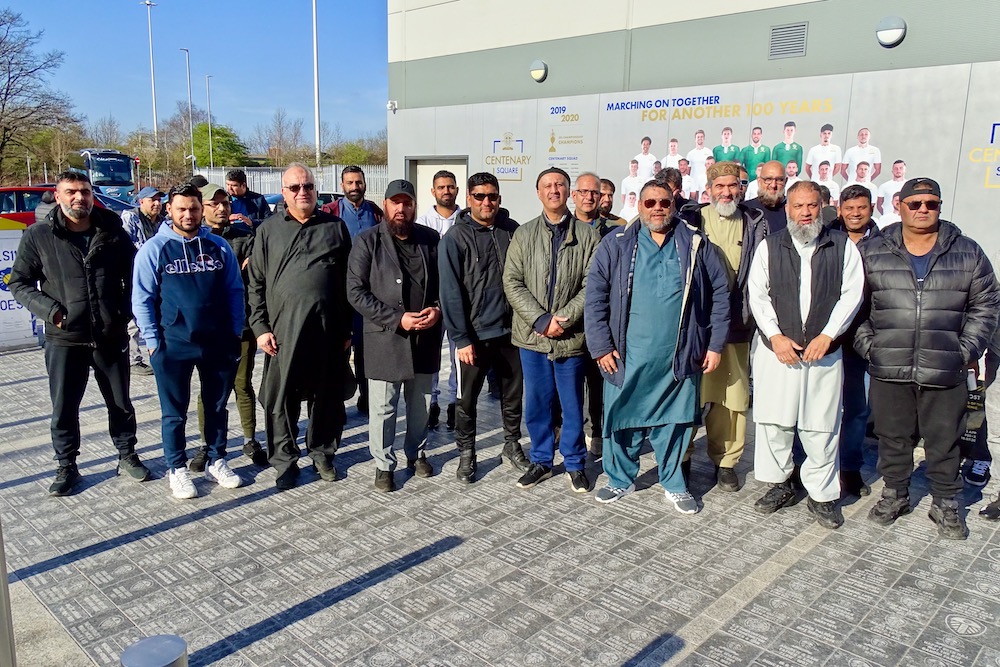 Private hire drivers have been holding protests, including a go-slow drive through Leeds city centre on Friday 18 March, about alleged unfair treatment from Leeds City Council.

Leeds is introducing a new Suitability and Convictions Policy for taxi and private hire drivers as part of a government initiative to improve passenger safety. It is also trying to harmonise policies with the four other West Yorkshire councils and York. The new policy could see drivers losing their private hire licence if they clock up too many points on their driving licence. It also introduces a revised policy for complaints against drivers.

Drivers we spoke to ahead of the demonstration told us they were concerned that they could lose their livelihood because a few minor infractions. They also told us this was the culmination of years of unfair treatment and petty regulations.

“We love this city, and we are happy to play our part helping keep everyone moving. We always aim to serve and keep the public safe, but we are not perfect, and we agree that improvements could be made to our trade.

“We don’t want special treatment, we want to work with the Council and be treated fairly and reasonably. But the Council are treating us with arrogance, not listening to us. These rules and regulations are unclear, over the top, draconian – like trying to break a nut with a sledgehammer.”

Introduction of the new policy is still under discussion and the Council has set up a working group with trade representatives to address concerns raised by drivers.

If implemented the changes would mean new applicants with 7 or more points would be refused a licence and existing licence holders reaching 9 points could lose their licence, although the Council says this would be a last resort.

Other issues include how complaints against drivers are handled and vehicles failing inspections for minor cosmetic issues.

Any suspension of their licence to operate means they can’t earn and the longer they are off the road, the more income they lose. Many have also financed new electric or hybrid vehicles as they were encouraged to do as part of the Clean Air Zone proposals. This affects scores of drivers living in South Leeds and their families.
Drivers we spoke to have clearly lost trust in the Council and the Licencing department and want to see complaints dealt with by an independent body.

Leeds City Council told us that the new policy is based on a national template developed by UK legal experts and endorsed by the Department for Transport. Furthermore, they are working with the Trade to address concerns they have raised such as vehicle conditions and have taken steps to ensure no cosmetic only issues result in vehicles failing inspections.

“The taxi and private hire licensing trade raised some concerns regarding the proposals for how minor motoring convictions such as speeding would be considered, and councillors in Leeds agreed to pause the implementation of that part of the suitability policy to review the proposals and agree a further period of consultation.

“Throughout the consultation, the council has met with trade representatives to listen to their views and ensure they are kept informed of progress. A working group of councillors and trade representatives has been arranged to continue to discuss the Convictions and Suitability Policy and other matters of concern to the taxi and private hire trade. We are pleased to say some significant progress has been made recently.

“The council would ask LPHDO to return to meaningful discussions as part of the new working group. The council is committed to consultation at all levels and will always be prepared to listen and reply to any areas of concern raised by the trade in a constructive manner.”

A meeting for drivers living in the Beeston & Holbeck ward has been organised to meet with local Councillors and Hilary Benn MP on Saturday (2 April 2022) at 12:30pm at The Holbeck club, Jenkinson Lawn, LS11 9QX.

Photo: Private Hire drivers assemble at Elland Road ahead of their protest