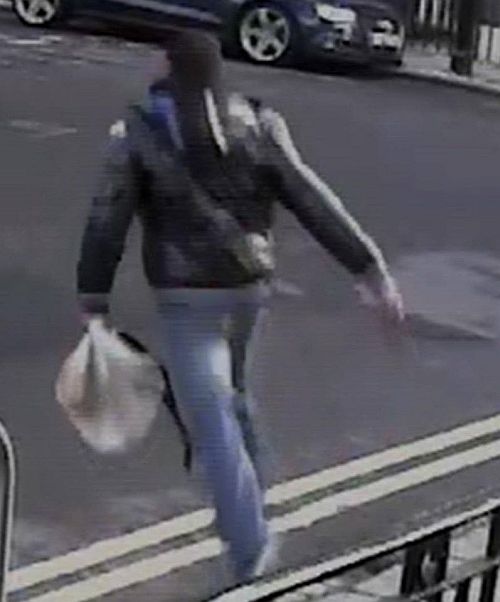 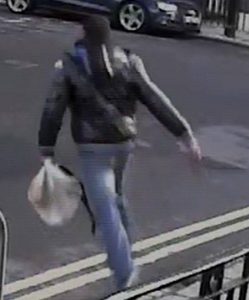 Detectives investigating a street robbery in Leeds have released CCTV images showing a distinctive jacket worn by the offender.
A 28-year-old woman was walking through Park Square in Leeds city centre at about 8.30pm on Monday, April 25, when she was approached from behind and pushed over.

Her bag, containing an iPad tablet computer, was taken. The male suspect ran off past Pizza Express towards St Paul’s Street.
He was described as olive skinned, possibly eastern European, and aged 25 to 30.

Detective Constable Simon Daley, of Leeds District Crime Team, said: “We have conducted an extensive trawl of CCTV cameras in the area and although we have no viable images of his face, he does appear to be wearing a distinctive black jacket with a blue and white striped patch on each shoulder.

“We believe the suspect went to the Beeston area after the offence and we would like to hear from anyone who knows someone who wears a jacket like that, fits the general description and has links to Beeston.

“We would also like to hear from anyone who witnessed the incident or who saw the man in the area around the time.”

Anyone with information is asked to contact DC 823 Daley of the Leeds District Crime Team via 101 quoting crime number 13160177191 or call the independent charity Crimestoppers anonymously on 0800 555 111.