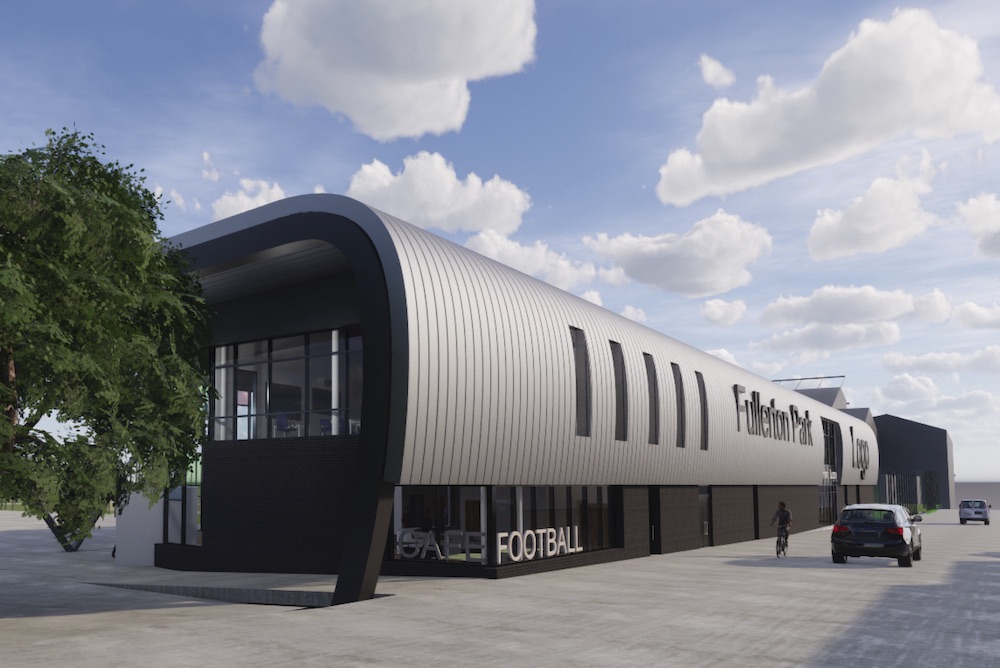 An application for planning permission has been submitted to create a community sports hub next to Leeds United’s Elland Road stadium.

As previously reported here Leeds City Council are planning to provide four 3G artificial pitches on land at Fullerton Park on Elland Road in Beeston. The scheme is part of a wider Parklife project providing pitches across the city with financial support from the Football Foundation.

As well as the pitches, which will be floodlit with one covered by an air dome, a two storey pavilion building will be built housing changing facilities, gym, meeting rooms, café, GP surgery and pharmacy. The site will have dedicated onsite parking for 100 vehicles.

The project aims to boost grassroots football and the pitches will be available to the general public as well as local football clubs. The siting of the GP surgery is aimed at improving the links between health and phyical activity, for exampl;e through social prescribing. The surgery is set to be operated by the Fuller & Forbes Partnership who also run surgeries at Middleton and Cottingley.

As part of the funding agreement the facility will be leased to a national not-for-profit charity set up by the funders, who will in turn will appoint a commercial operator to manage the hub.

The planning application also includes new arrangements for away supporters coach drop off and parking with a secure walkway to the stadium.

The site has previously seen a Speedway track in the 1930s and was used as Leeds United’s training ground until the 1990s. Although adjacent to the football ground, the land is owned by Leeds City Council.

You can read the full planning application on the Council’s Planning Portal here.

You can comment on the plans until Friday 21 February 2020.