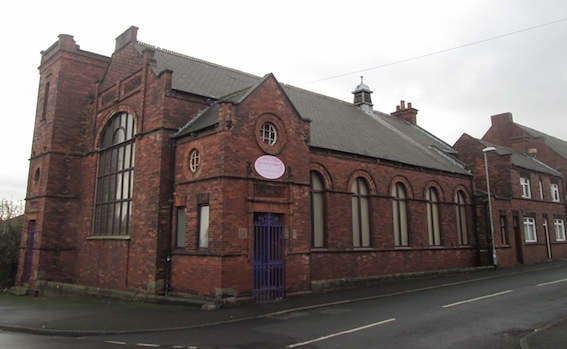 Proposals to convert Middleton Methodist church into flats and create another fast food shop in Beeston will be on the agenda when the Council’s South & West Plans meets next Thursday (16 February 2017).

Both applications were rejected by officers when they were originally submitted last year. Since then each developer has modified their plans. Planning Officers now recommend approving planning permission, with conditions, in each case despite Ward Councillors’ continued opposition.

The plans for the former Methodist church and church hall on Hopewell View in Middleton involve creating 9 flats (7 three bedroom and 2 two bedroom), a reduction from 15 flats in the original application. The plans would convert the church, hall and caretaker’s accommodation and demolish various smaller outbuildings to create parking space.

Cllr Judith Blake and Cllr Paul Truswell have both objected to the revised plans citing traffic issues, pressure on schools and health services.

The second case revolves around the former tattoo parlour at 7 Ring Road Beeston Park, near the Tommy Wass junction of Dewsbury Road. The plans are to create a fast food takeaway.

The application has been amended to move the external flue and create a move chimney around it. Opening hours have been reduced to close at 10pm instead of 11:30pm.

All three Beeston & Holbeck Councillors (Cllrs David Congreve, Angela Gabriel and Adam Ogilvie) have objected to the revised application citing the proliferation of takeways in the area, problems with noise, traffic, litter and fumes.

The applications will be decided by councillors sitting on the South & West Plans Panel at their meeting on Thursday 16 February.

You can read the reports in full on the Council website here.