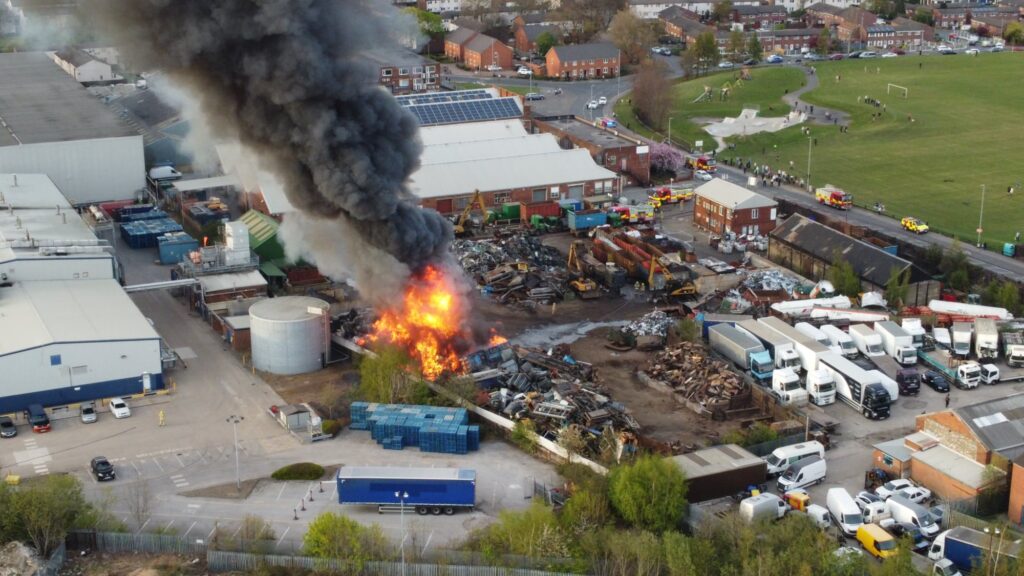 Ten fire appliances, an aerial unit and a specialist unit attended a fire at an industrial unit on Pepper Road in Hunslet this evening (23 April 2021).

A plume of black smoke could be seen from across the city from the fire which is believed to have started in a pile of debris, possibly including tyres at the Sims Metal scrap yard.

The fire started around 7pm and two hours later all appliances were still on site, but West Yorkshire Fire & Rescue Service reported that the fire had been contained and that crews will remain on site overnight.

Pepper Road was closed to traffic and residents were advised to keep their windows closed.