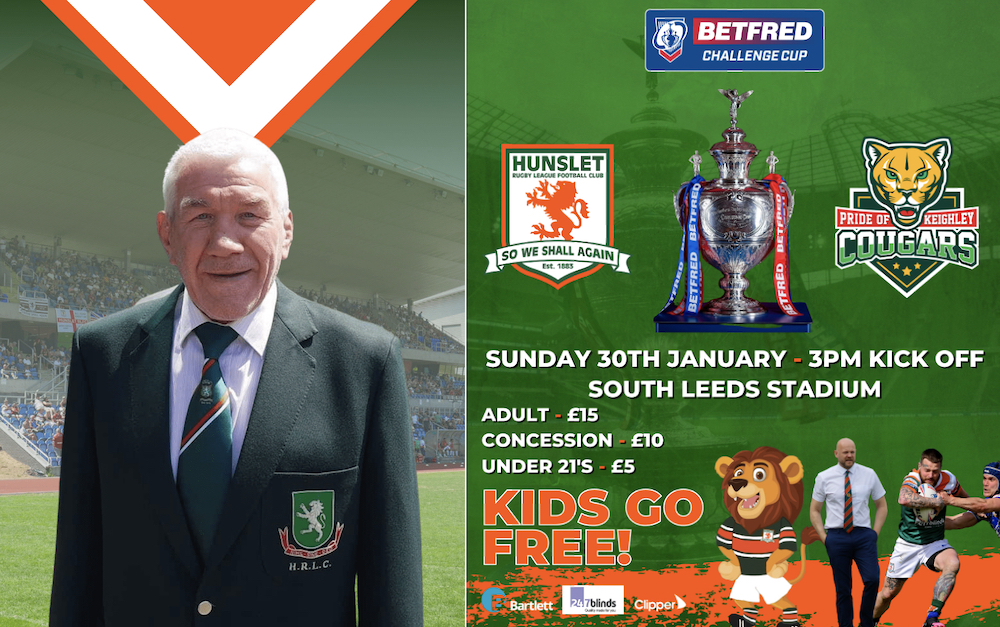 Hunslet Rugby League club has, on receiving constructive feedback from members and supporters, reconsidered an earlier decision to introduce a two-tier ticketing price structure, whereby `pay on the day’ supporters would be charged a higher admission price at home games.

“It seems common practice these days for clubs to charge an additional fee for ‘walk ups’ on match-days, and we had announced our intention to introduce this policy for our attractive Betfred Challenge Cup game against Keighley at the South Leeds Stadium on Sunday (30 January 2022, 3pm).

“However, we received a number of emails on the subject, and our members also voiced concerns at last week’s AGM. The main concerns were how it could prevent or penalise some of our supporters, who may not have access to the necessary technology, from attending fixtures.”

He concluded: “We are, as a club, committed to the Rugby Football League’s Diversity and Inclusivity policy, and we will do our utmost to ensure that no one is excluded. We will, however, continue to look at how we can maximise the benefits of new technology – in consultation with our members, supporters and volunteers.”

Hunslet’s admission prices for online tickets and match day tickets are £15 adults, £10 concession and £5 for under 21s; entry for under 16s is free.