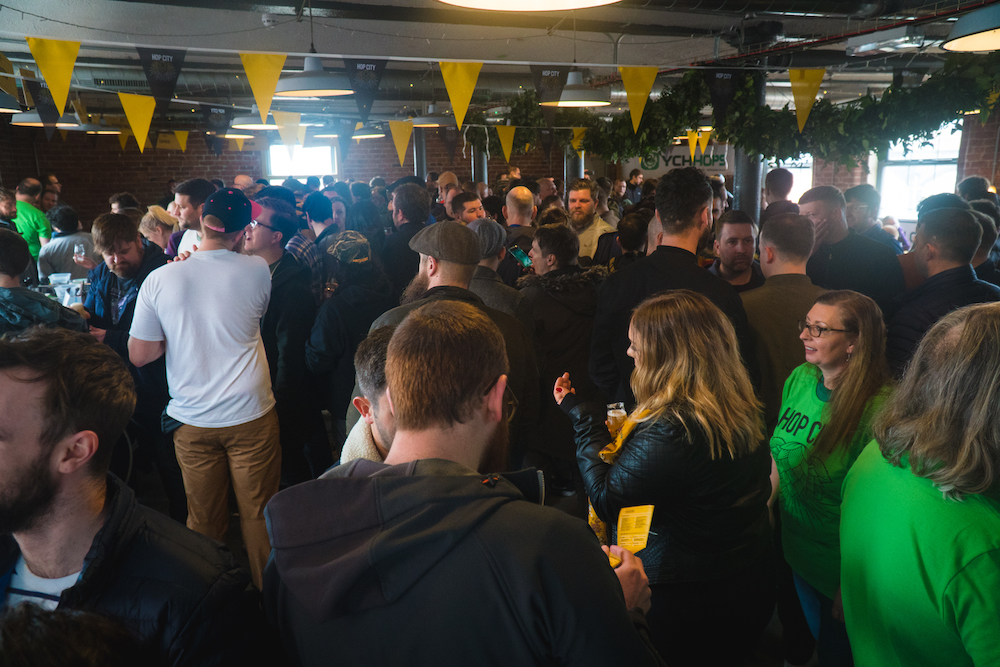 From the 18-20 April 2019, Northern Monk brewery are hosting their annual Hop City beer festival at their Leeds-based home, The Old Flax Store. The event falls over Easter bank holiday weekend, and will host over 30 breweries, various high-profile DJ sets and a roster of local and international street food vendors.

Hop City is the UK’s first hop-led beer festival. Including Northern Monk themselves, a total of 33 breweries will be pouring a vast range of IPAs, DIPAs, NEIPA’s, pale ales, sours and more at Grade II listed mill, The Old Flax Store at Marshall’s Mill in Holbeck. Five festival sessions will be running over the course of the three-day festival, with all three floors plus the garden area of the outside of the building used for the event.

The attending breweries are as follows:

Resident DJs from Northern Monk Refectory MCR will be playing on Friday night, and on Saturday, Northern Monk will be hosting more DJs on the Refectory Gardens stage, including a headline set from DJ Format.

Attendees of the festival will be able to observe Northern Monk Patron Tankpetrol painting a piece of live art on the Friday and Saturday, and outdoors enthusiast Haze Outdoors, another of Northern Monk’s Patrons, will be at the festival on Thursday evening pouring his two Patrons Project beers.

There’ll also be a wide range of street food on offer, including The High Roller Lobster Co who are flying in all the way from Portland, Maine. High Roller will be joined by UK favourites Doner Summer, Dim Sum Su, Blue Caribou Canteen, Parmstar UK, Holy Mountain, Maude Coffee and Soffles.

“We really feel like we’ve pulled out all the stops for the third Hop City festival. This year will see more beer poured than ever before, there’s over 30 breweries attending – alongside some of Europe’s finest we’ll be pouring some of the most sought-after beer from the US, including a number of exclusive UK first pours. To complement that we’ve raised the bar on music and food, which will include fresh Maine lobster! Finally, having the opportunity to meet some of our Northern Monk Patrons is going to add a whole new dynamic to the experience. We’re all really excited about hosting our best festival yet.”

Session times are as follows:

Tickets cost £52 per session. This includes admission fee, a limited-edition glass and unlimited 100ml pours for the duration of the four-hour session. Friday afternoon and Saturday afternoon sessions have sold out, however there’s still tickets left for the evening sessions. Tickets are available to buy at www.hopcity.co.uk.

The event is being sponsored by YCH Hops, FYI Print and SSV.