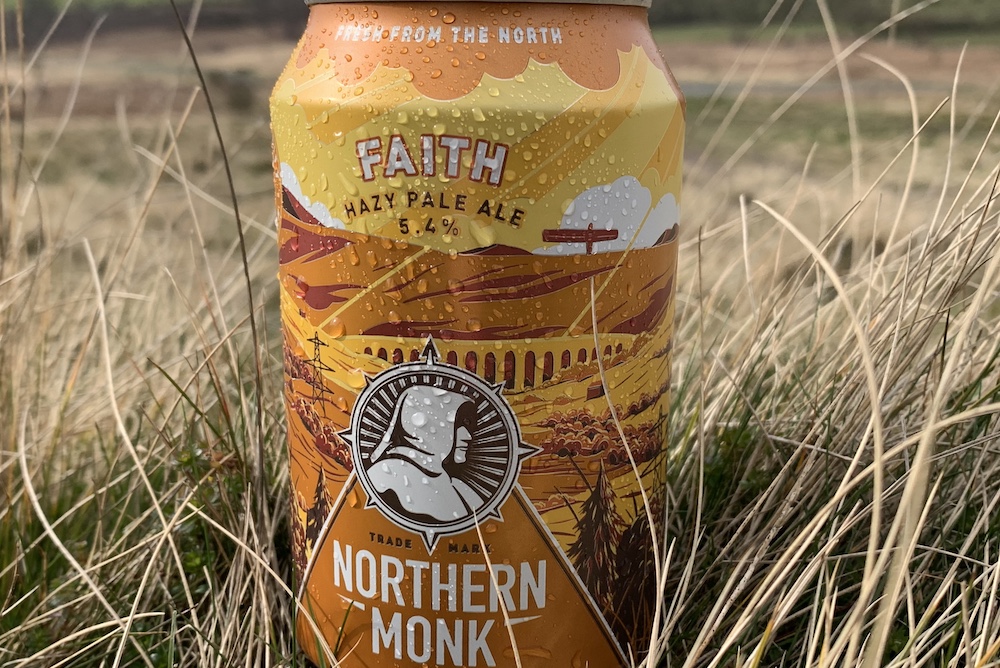 Tomorrow, Sunday (29 March 2020) Holbeck-based Northern Monk brewery will be giving away 5,000 330ml cans of their flagship core range beer, Faith, to NHS workers across the UK. Northern Monk want to thank NHS employees for continuing to care for the country at this difficult time, so will be listing Faith free for NHS workers between 2pm and 4pm on Sunday 29 March.

Our lives and businesses have been tipped upside down by the COVID-19 outbreak, and the people on the front line are the NHS. This weekend, Northern Monk is giving something back to the individual members of the NHS workforce that are working day and night to care for our communities by donating 5,000 free cans of their core range hazy pale ale, Faith, to NHS employees.

The complimentary beer will be available in packs of 4X330ml cans via Northern Monk’s online shop between 2pm and 4pm on Sunday 29th March. The brewery published social media posts earlier today encouraging their social audiences to tag anybody that they know who works for the NHS, to raise awareness of the giveaway.

Northern Monk started life in a parent’s cellar with a £5,000 gift given to Northern Monk’s founder by his grandma after she sold and downsized her home. Inspired by these origins and a mission to give back to the community wherever they can, Northern Monk launched their own grant fund scheme, the For the North Foundation, in September 2019. The Foundation sees one £5,000 grant per quarter donated to a charity or business that’s doing something incredible for their community, giving others that same opportunity that turned Northern Monk from a dream, into reality. The 5,000 cans of Faith equate to one full grant from the For the North Foundation.

There will be no proof required to claim the complimentary cans, Northern Monk is putting their faith in the community to join them in giving a gift to the NHS, and help the brewery notify NHS staff about the discount, instead of claiming cans for themselves.

Due to the impact of COVID-19, Northern Monk has had to close its Leeds and Manchester-based tap rooms and has pivoted its business online. For the past week, Northern Monk has been asking its customers to ‘Keep the Faith’ by purchasing bulk packs of Faith via the webshop. These packs were previously listed at £28, but have been increased to £30 this weekend, the extra £2 from each pack sold will be donated to an NHS charity.

“There’s never been a more important time for us to come together in support of our NHS and show each individual how much we appreciate the ground-breaking work that they’re doing to battle COVID-19. We’re putting our faith in our communities by listing the beer for free. We are trusting people to do the right thing, to not take the beer for themselves, but to work with us to get it to the people who deserve it the most. We’re working together to give a gift to the people on the front line, and we hope people will join us in doing so.”

“We all put our faith in NHS employees on a daily basis. This is our way of giving them a little Faith in return.”

Free 4X330ml packs of Faith for NHS workers will be listed on www.northernmonkshop.com between 2pm and 4pm this Sunday. The cans of Faith will be shipped to NHS employees between the 6-7 April.

This post is based on a press release from Northern Monk