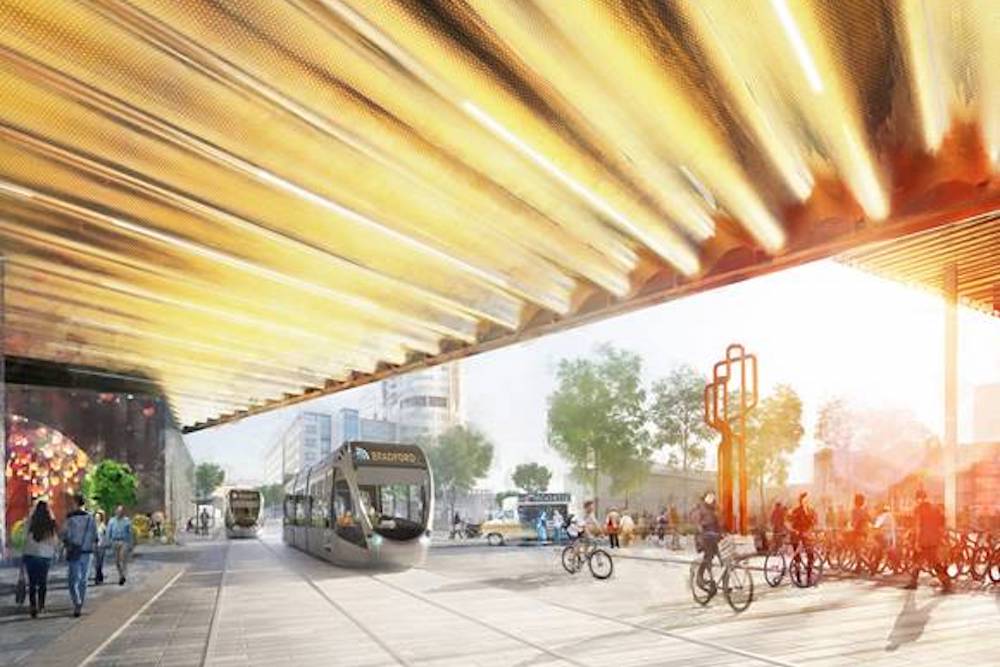 The announcement that the HS2 high speed rail line will not be built to Leeds has big implications, good and bad, for South Leeds.

The latest version of the HS2 plans had the new railway entering the city through Stourton and Hunslet on a viaduct and arriving at a new station on the south bank of the River Aire stretching from Asda House to Crown Point Retail Park. These plans will not now go ahead.

Reaction has focussed on the transport issues, but the new HS2 station was also seen as a catalyst for the redevelopment of the so-called South Bank area of Hunslet and Holbeck. We spoke to a range of organisations, here’s what they had to say.

“The majority of those attending Hunslet Carr Residents Association feel that the cancellation of HS2 to Leeds is welcome as it will prevent a massive viaduct cutting through the heart of Hunslet as did the motorway 50 years earlier.

“It was felt that the money would be better spent on upgrading the existing infrastructure and re-opening local stations for example Hunslet station that closed in in the early 60s. This far outways a few minutes shorter travel time for a trip to London.”

But Martin Hamilton, Director of Leeds Civic Trust was disappointed:

“For us, the benefits are not about speed but about building rail capacity and creating opportunities for investment in the city – most particularly in the South Bank area.

“Quite apart from the many jobs that would have been created for local residents around the construction of the new line and new railway station which have now been lost, the city will need to rethink its “offer” for incoming investors now that this crucial connection to the south (not to mention a much better connection to Sheffield) will now not be in place.”

“Thankfully, the investment we are seeing in the South Bank appears to have a head of steam. It is even more important that the benefits of these investments are felt by residents south of the M621.”

“We recognise that the government’s decision to carry out a further study into how to bring high-speed rail to Leeds will create uncertainty for residents, businesses and investors. We are calling for an urgent review of the safeguarded land set aside by the government for potential transport projects across the city, to bring certainty for those affected.

“Confidence in Leeds remains high and we continue to attract a wealth of investment into our city, having developed a plan to accommodate HS2’s arrival so the city could continue to grow around it. Alongside exciting plans to bring the British Library to Temple Works, recent key developments along the South Bank either completed or progressing include Mustard Wharf, Iron Works, Tower Works, Globe Road, and Aire Park.”

“We are concerned that while the government say they are not going ahead with the section of HS2 to Leeds – they are still keeping in place the safeguarding of land for the proposed route through Hunslet and Stourton just in case they change their mind later.

“We know the uncertainty is really upsetting for residents and businesses in our the nearby communities specifically, but also across Leeds as a whole.

“We are working with senior officers and fellow councillors to get this resolved swiftly as we cannot go on for years with no ultimate decision being taken and the lives of local peoples being affected by this indecisive and unsympathetic government.”

Acknowledging that Leeds has missed out on major transport infrastructure yet again, the Government has said it will fund a West Yorkshire Mass Transit System. It has committed £200 million to plan and start work on the scheme which could include trams or light rail. Early plans indicated lines running from the city centre through Beeston and through Hunslet–Belle Isle –Middleton to Tingley.

Commenting on this part of the Plan, Tracy Brabin, Mayor of West Yorkshire, said:

“Of the £200m we’ve been offered, £100m is going to be spent on a Government investigation into how to make Leeds-Sheffield journey times quicker. I am absolutely astonished that we could potentially spend £100m and come to the same conclusion that we need HS2 from Leeds to Sheffield.”

Image: an artist’s impression of how the new station might look at ground level with links to the new mass transit system