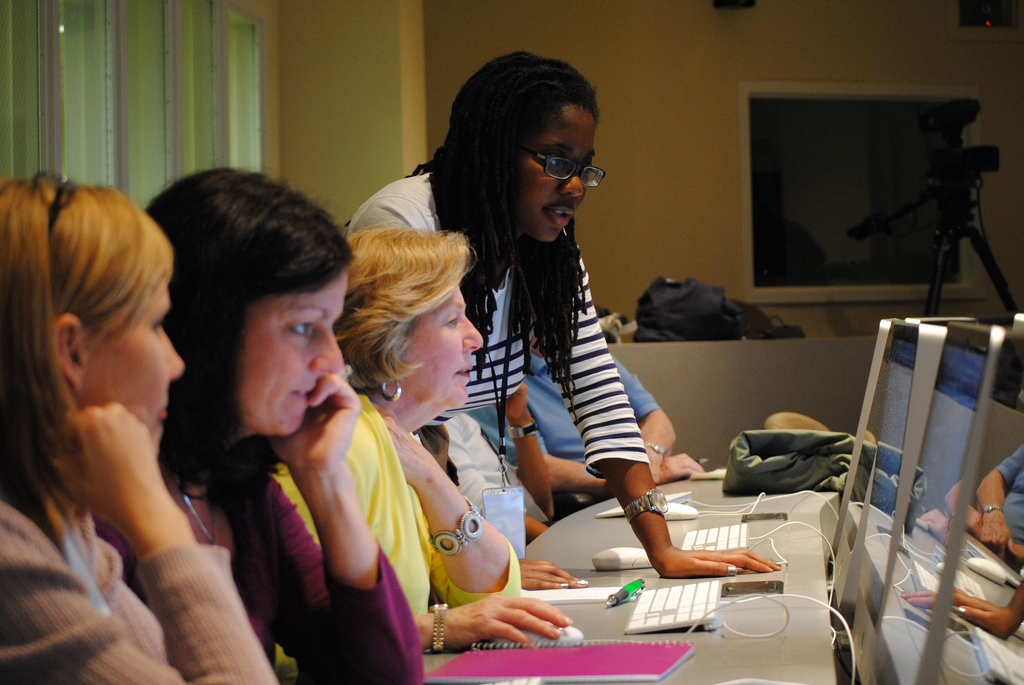 An ambitious new programme aiming to ensure that mums in the city have the opportunity to brush up on and learn new digital skills has been launched by Leeds City Council.

Undertaken as part of the Council’s 100% Digital Leeds initiative and led by Leeds Libraries, Leeds will be the first city outside of London to deliver the learning classes as part of the #techmumsClubs initiative.

The #techmumsClubs 10-week course covers a range of subjects from online safety and social media to basic coding, and has been credited with opening doors to jobs and further education.

#Techmums was founded by Dr. Sue Black OBE, whose story is reflective of the transformative effect that technology and education can have on women and their families. At the age of 25, Sue was a single mother living in a domestic violence refuge with three children and few formal qualifications. She enrolled on a university access course which led to a place on a Computer Studies degree. She has since gained a PhD and had a successful 20-year academic career. Sue set up the UK’s first online network for women in tech, BCSWomen, led the campaign to save Bletchley Park and was recently appointed Professor of Computer Science and Technology Evangelist at Durham University.

“We are delighted that Leeds will be the first city outside of London to host a #techmumsClubs programme. Through our wide-ranging 100% Digital Leeds initiative, we want to ensure that everyone has the opportunity to learn new tech skills to improve their day-to-day use of technology and support new work and career ambitions, and this new club for mums is a great addition to our overall programme.”

“When I founded #Techmums, I did it with one aim: to empower women through technology. As a single mum, I brought my own family out of poverty through technology and education, so I know its power first hand. Today it’s easy to see technology as the enemy, where as in fact it can be life-changing in an incredibly positive way. Our courses help women harness that potential in their own lives, giving them the confidence, skills and inspiration to play an active role in our shared digital future.”

A #Techmums club is taking place at the Dewsbury Road Community Hub in Beeston.

The club held an information session today (11 January 2019) attended by 17 mums, but there are still a few places available. It will run through to March 2019 with a celebration event at Leeds Central Library in April, hosted by Professor Sue Black OBE. Digital and technology companies in Leeds have already pledged their support to the programme.