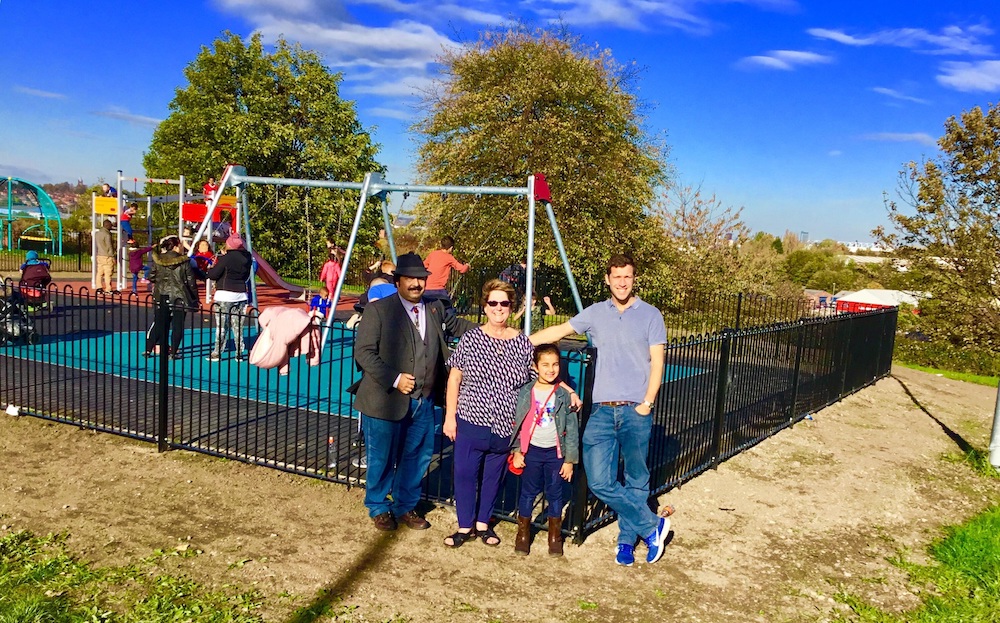 Children in Cottingley have a brand new play area to make use of after local ward Councillors Andrew Scopes, Gohar Almass and Angela Gabriel helped to fund a new playground.

The new equipment, which is located in Cottingley, includes swings, a roundabout and a climbing frame and is aimed at a wide range of children.

The Councillors helped to fund the playground after being approached by residents who were concerned at the lack of play facilities for young children and worked alongside the local tenants and residents association to determine the location and the facilities.

“Having somewhere to play is a fundamental part of childhood and so we were delighted to be able to allocate funding to this new play area, which looks fantastic. I was absolutely delighted to see so many children in the playground over the weekend!

“Hopefully it will be well used by children and families for many years to come and become a central part of the local community.”