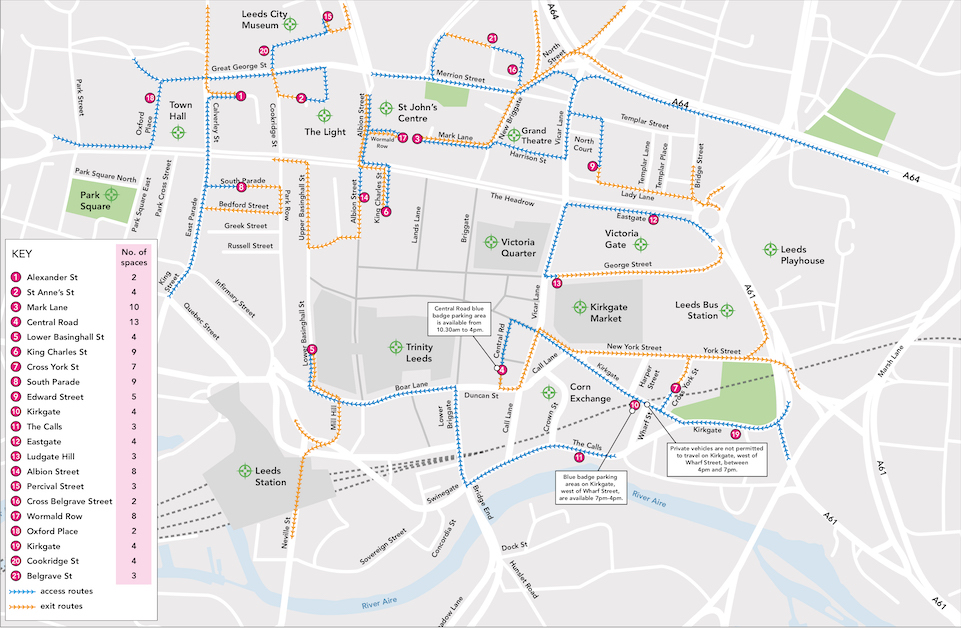 Two new online maps have been launched to help Blue Badge holders and other road users navigate around Leeds city centre as major road improvements are carried out and completed.

The disabled parking map shows the on-street locations where Blue Badge holders can park, with 111 spaces allocated across 21 different locations in the city centre. How to access the spaces and the direction of travel to them is shown on the map in blue, whilst the exit routes are shown in yellow. Everyone registered with the council as a Blue Badge holder will also receive a link to an online version of the and can request a physical copy of the map.

The second map shows which roads have restricted access and at what times. Where there are no restrictions at any time, roads are shown in green. However, others including The Headrow, Vicar Lane and Call Lane restrict access to certain road users at specific times of the day. For example, a large section of Vicar Lane is restricted to only buses, hackney carriages and cycles between 7–10am and between 4–7pm. 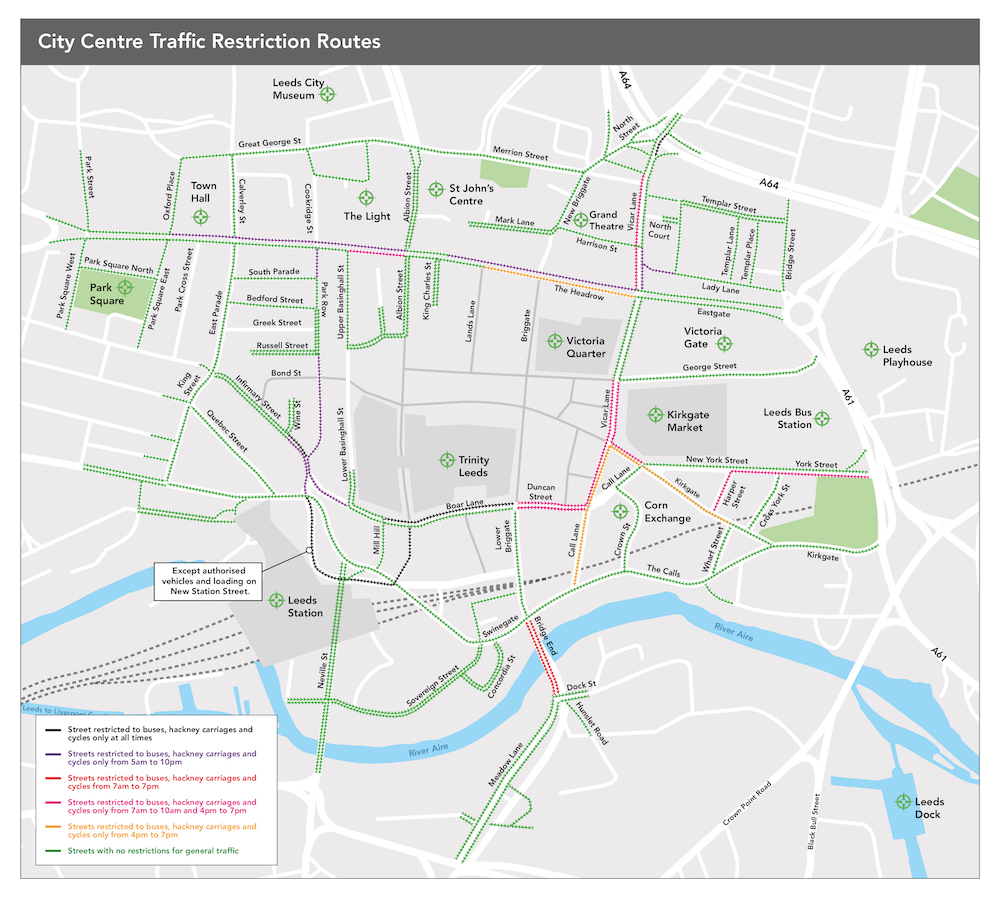 The maps have been created following discussions with stakeholders, to help ensure people can find their way around the city centre during the ongoing major improvements. These changes are part of the £173.5million Leeds Public Transport Investment Programme as part of Connecting Leeds, that aims to dramatically improve public transport and cycling and walking infrastructure across Leeds. It has been shaped from public consultations including the Transport Conversation in 2016, the City Centre consultation in 2018 and consultations on the Headrow and Corn Exchange improvements in 2019.

In these consultations, members of the public asked for:

For more information and to view the maps please visit bit.ly/leedscitycentremap. The maps will be further updated once future city centre improvement works have been delivered.

“Since the Connecting Leeds programme started in 2018, our city has seen unprecedented transformation and we have all had to get used to new routes and a new way of moving around. The major changes have been essential in ensuring buses, pedestrians and cyclists have priority over general traffic whilst the city still remains a place that everyone can access easily, especially blue badge holders.”