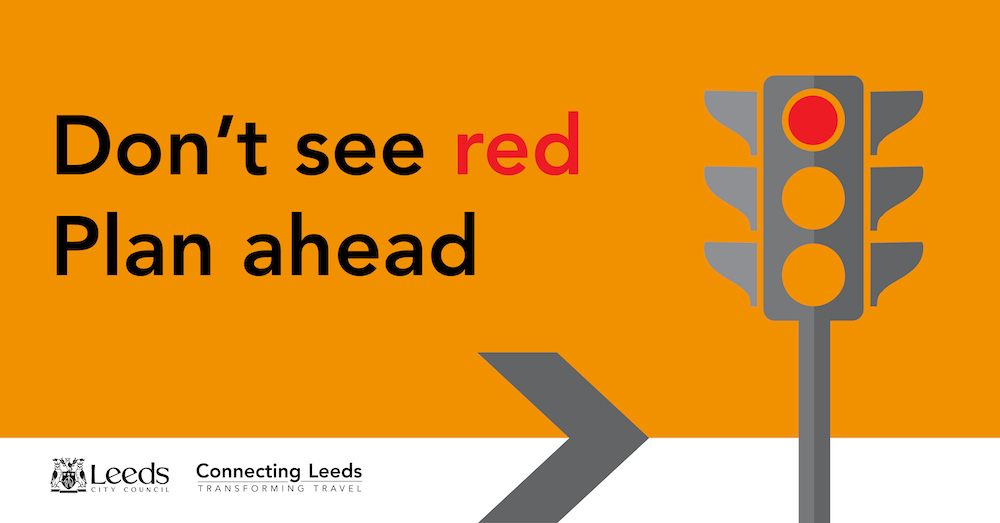 Leeds City Council is advising motorists to plan ahead when travelling into the city centre this weekend (8-9 October 2022) allowing extra time for journeys or using alternative methods of transport to avoid becoming caught in congestion.

The city is hosting a number of events this weekend, alongside the ongoing major highways improvements schemes such as City Square and the industrial action affecting rail services.

The council is urging people to plan their journeys in advance and allow extra time to avoid being affected.

“Last weekend was a busy one for our city centre roads and we are expecting it to be a similar picture this weekend.

“Planning your journey in advance can help avoid being affected by any congestion, so you can make the most of your visit to the city centre.”

Park and Ride, and alternative routes around the city

Alternative ways to travel into and around the city include:

A map of alternative routes has been produced along with directions to a number of key destinations, which all avoid using Junction 3 of the M621 leading on to the route towards City Square where major highways works are currently underway.

The dedicated webpage www.leeds.gov.uk/planahead contains details of ongoing works around the city centre. Visitors can also sign up to receive regular email updates.

Bus gates have been introduced on Bishopgate into City Square and on Leeds Bridge travelling onto Lower Briggate which help ensure public transport services are not delayed.

Private motorists who travel through these bus gates face the prospect of a penalty charge notice.

“These bus gates are crucial to help keep buses moving, and in the case of City Square it’s also important to ensure the safety of colleagues working on-site and members of the public.

“By planning your journey in advance and being aware of these bus gates, you can not only avoid disruption and congestion but also avoid the additional expense of a penalty charge notice.”

Find out more at www.leeds.gov.uk.planahead