Middleton Railway was amongst the groups from South Leeds receiving awards at the RHS Yorkshire In Bloom ceremony at York Racecourse on Tuesday (11 September 2018).

The railway was awarded a Gold Award in the “Tourist Attraction” category. The judge said the floral displays on the Moor Road station platform “Gave a WOW! Factor”  with the whole site looking clean and tidy and also having a strong environmental strategy about it. 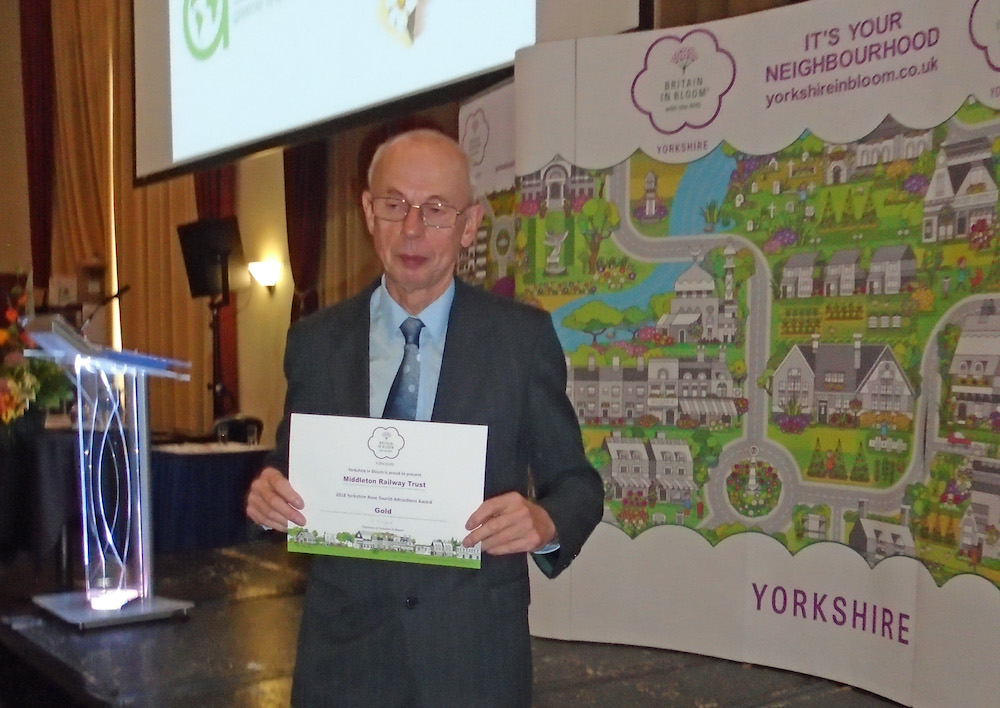 They were also impressed that the railway continued with the competition despite a disastrous fire in adjacent premises, which did damage to their Moor Road site in Hunslet.

“The award is a great credit to volunteer Mick Jackson, who did much of the work. It also reflects the determination of the Middleton Railway to be both environmentally friendly and provide a pleasant environment for our passengers whilst waiting for their trains.”

In the Urban Community category Cottingley in Bloom won a Silver Award and Beeston in Bloom and Holbeck in Bloom both won Silver Gilt Awards for their efforts in brightening our communities. Judging took place on two occasions, in spring and summer.