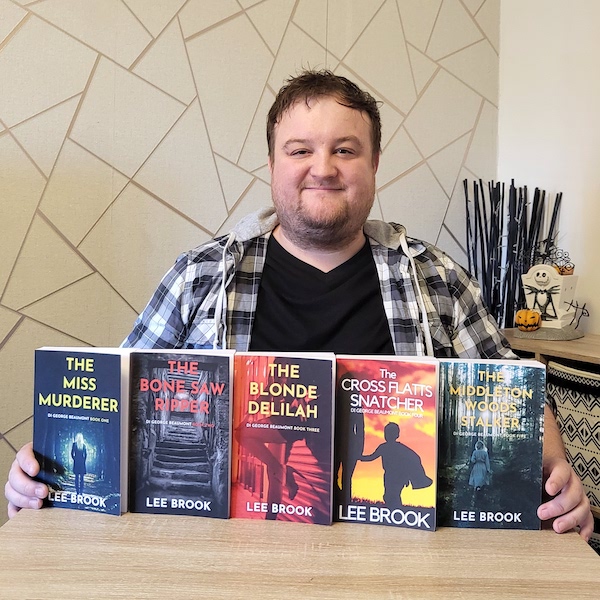 Lee is a crime writer and grew up in Belle Isle and Middleton attending Middleton St Mary’s and Rodillian secondary school. He worked part-time at the former Gregg’s on Dewsbury Road before going to university to complete his teacher training.

After working in North Lincolnshire as a primary school teacher he moved back to Middleton with his wife to start a family.

He finally pursued a bucket list dream of becoming an author after winning a short story writing competition at work. He went on to write his first novel in the lockdown to take his mind off the worries of the pandemic.

In 2021 he self published the first of his ‘George Beaumont’ series based on fictional crimes and murders around places in South Leeds. Lee cites his grandmother as being a big inspiration to him with her love for storytelling!

His latest book is published on 4 November and can be purchased via Kindle Unlimited or Amazon. Lee is holding a 99p sale for our readers on his e books for one week only.

The series in order is Miss Murderer, The Bone Saw Ripper, The Blonde Delilah, The Cross Flatts Snatcher and The Middleton Woods Stalker (new release).

In December he is releasing the sixth book in the series just in time for the festive season aptly named ‘The Naughty List’.

Lee plans to set up his own website next year to build his fan base where you will be able to order signed copies of the books and ask for personalised messages.