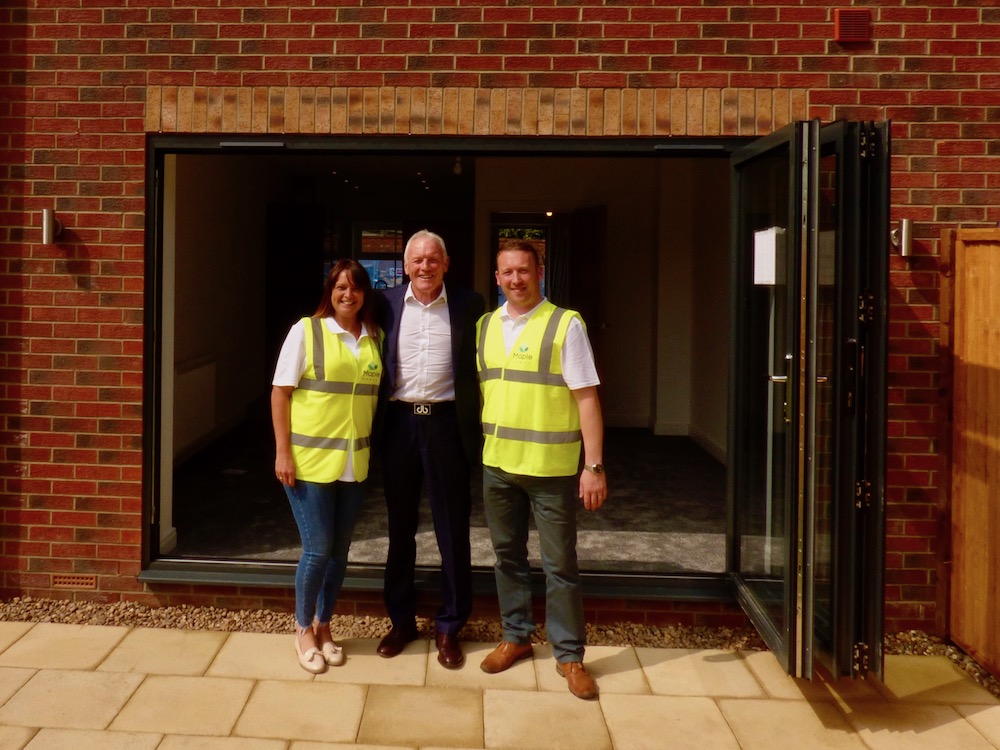 Leeds United legend Eddie Gray was on hand as Maple Homes marked the opening of their show home at Woodhouse Vale, off Pepper Road in Hunslet on Friday (1 June 2018). 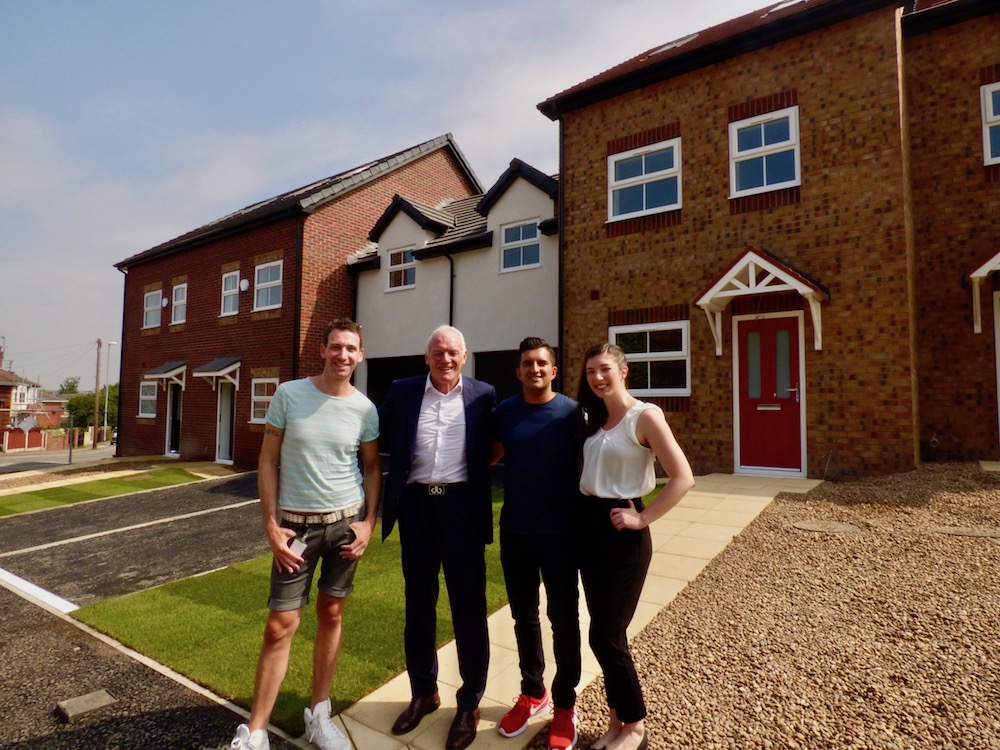 Director Tom Robinson explained that this was Maple’s first development since and his colleagues took over the Hunslet-based building firm eighteen months ago.

“This is a massive milestone for us. We have other sites in the region and we would like to build more in South Leeds” he said.

“It is a really good area, close to the city centre. If we could get another couple sites like this in the area we’d jump at them, definitely.”

I spoke to Peter Sekhom and Naomi White who will be one of the first owners to move in later this month. I asked them why they had chosen to buy with Maple.

“We like that it’s a small development” said Peter. “It’s a good location, handy for work and we are getting a lot of space for what we are paying, compared to other developers.

“We’ve also been able to influence the design, such as the garden, fencing and a breakfast bar, which was important too.”

Eddie Gray had called in en route to a charity golf match, sponsored by Maple Homes, to raise money for Wortley Football Club. As well as meeting the new homeowners and looking round the show house, he signed some shirts and footballs which Maple have been giving away via their Facebook page.

He told us about the importance of supporting grassroots sport:

I also asked Eddie about the Save Grassroots Football campaign which is calling on the government to impose a 5% levy on the Premiership League.

“I think the campaign’s great, I hope it happens” he said. “Whether it happens is up to the powers that be. The Premier League is successful because of the communities that watch it, that’s how they make their money, through television, so if they can do anything to help the grassroots, all well and good.”

Maple Homes have been doing their bit to support grassroots sport. They sponsor Hunslet Nelson Cricket Club and they suffered a theft of turf, Maple donated £500 to meet the insurance excess and offered to buy new turf. They are also giving professional support to help the club build a new clubhouse.

“It’s nice to put something back into the community instead of just turning up building some houses and going away like most developers” said Tom Robinson.

To book your appointment to visit the show home at Woodhouse Vale email: catherine@homesbymaple.com

For more information visit homesbymaple.com or find them on Facebook.