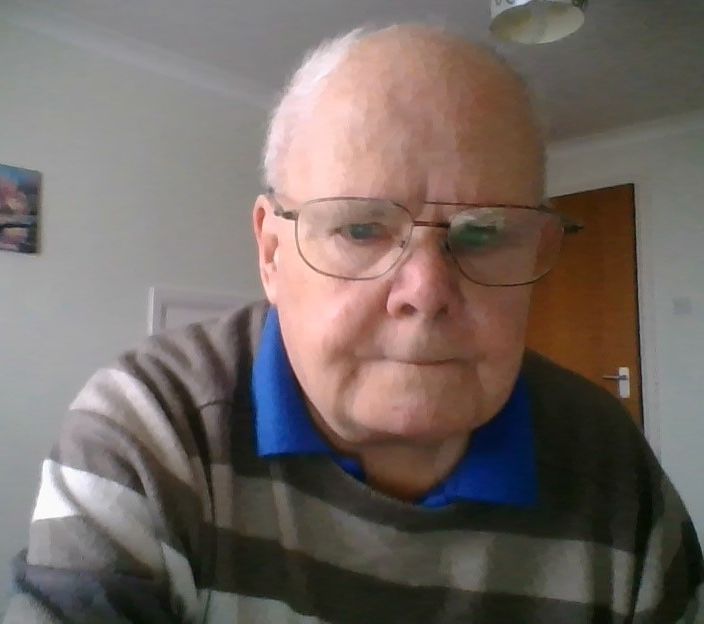 This a blog i did in 2014, also went into the South Leeds Life Newspaper and broadcast by me on South Leeds Community Radio during my easy listening programme on Sunday Morning.

Many things have changed since then and I have friends who I can call at any time to seek advice and friendship, Carla, Darren and Peter at BITMOs GATE. Julie and Chris Holmes and Samantha at Middleton Elderly Aid.

I was first diagnosed with depression in the year 2000, millennium year. I still have it today 20 years on.

Major depression in the UK at any one time is about 5%. Many as one person

one in three may experience an episode of depression in their lifetime.The presence of other illnesses may complicate or worsen depression, such as Diabetes.

Depression knows no class or boundaries Ruby Wax had it, and so did Steven Fry.

My depression began when I started looking after my parents as their sole carer from the year 2000, when they both got the news, within a few months of each other, that they had cancer.

My Mum with breast cancer and my dad with throat cancer.

I had from 1986 built up a successful carpet and upholstery cleaning business. I went into business after being made redundant from Vallances electrical retailers, where I had worked almost since leaving school.

All this was about to change; I was now spending all my time looking after my parents. 24/7.  Not leaving anytime at all for my business. This of course meant I had very little money coming in. I took them to hospital and doctors appointments,cooking for them..And also making sure they had their medication.

All this took its toll and now my depression was getting worse. I was prescribed antidepressants by my doctor. The side effects were so bad I was walking about as a zombie; I certainly could not drive my parents on their many hospital and doctors’ appointments, so I came off them, and really suffered in silence.

My Dad was diagnosed with throat cancer in early in the year 2000. In my dad’s case the cancer was inoperable as he was told that if he had an operation he only had a 50% chance recovering from the operating table. This was because in his early life suffered with TB, so his lungs were not very good. Also a few years earlier, had a heart bypass.

So he went for Chemotherapy to reduce the size of the tumour on and off for more than 3 years, in the hope it would prolong his life.

For one part of dad’s treatment, he was going to Cookridge hospital for 5 days a week, Monday till Friday for chemotherapy, so I took Mum up to see him every day, by this time Mum had been diagnosed with Cancer herself.

On Saturday morning, I would go and pick Dad up from hospital so he could spend the weekend at home; he started the whole procedure again on Monday mornings when I would take him back to hospital. This was to continue for 6 months.

Throughout his illness Dad could not eat food whole, so I liquidised everything for him meat, veg, the lot. Because Dad was also losing a lot of weight, was prescribed special milk shakes that where 1000 calories each, he did not like these as he said were too sweet, so his weight continued to plummet.

We had a meeting with a Macmillan Nurse and managed to get him a bed in St Gemma’s hospice. Strange as it may seem, he seemed at peace while he was there..On the final day of his life while still awake, we said our goodbyes. Hours later he fell into a coma.

I left Mum with him, while I nipped home for a change of clothing thinking I would need to spend another night with him. When I got home, there was a message on my answerphone that he had passed away.

My Mum had a mastectomy in 2000, in an effort along with chemotherapy to try and stop cancer spreading or coming back.

Due to this operation and continually in pain, Mum was put on diamorphine. This had little effect, and Mum was in pain continually for the next 4 years of her life.

Early March 2005 my Mum’s skin suddenly turned a yellow colour. Went to the doctor, was given immediate appointment at the Hospital. Tests proved that she now had liver cancer, this is a lady who never drunk alcohol or smoked in her life. We also discovered why she had been in so much pain for a long time; cancer had spread to her bones. Mum was immediately admitted to Cookridge Hospital and it really was palliative care from then on. Mum went into a morphine-induced coma on 17 March, my Birthday. She died me and my Sisier holding her hand on 21st March on a Saturday when when Mum passed away peacefully in her sleep. I spent about 20 minutes with Mum alone, talking to her as if still alive.

Some flowers I brought with me, I spread the petals on her bed. The Nurse came in, and I left her to do things which needed to be done.

By now I had almost no business left and I was broke and in debt. I tried to revive my business, but all my best customers had gone elsewhere. This of course meant my depression was getting worse.

In 2009 I decided that the best way to get out of my debts was to sell my house. I was lucky in the fact that I had bought my house cash in 1986 when I got made redundant, and after redundancy pay and a golden hand shake, at that time was able to afford it.

The recession hit, no one was buying until the prices had reached rock bottom, during the next couple of years my house valued at £175,000 in 2009 was now trying to sell  in 2011 for a lot less.

I moved to sheltered housing accommodation in Belle Isle March 2011. I no longer could work anyway, as a carpet and upholstery cleaners as I now had spondylolysis, arthritis of the spine and my flat was an upstairs one. So was impossible to carry machine downstairs and back up every day. Also years earlier I was diagnosed with an arthritic knee.

For whatever reason I don’t know, but my depression continued even though now I was financially OK and settled in my new flat.

I again tried antidepressants, but again they did not suite me, walking around like a zombie and could not drive.

Also Just after moving into my new flat I was diagnosed as Diabetic type 2, given me health problems today such as nerve damage in one foot, eye and kidney problems.

My depression continued and in January 2012 I went again to see my GP to see if there was any alternative to antidepressants. My GP contacted Touchstone for me, metal health consultants on Dewsbury Road, Leeds.

I was warned that there is a long wait for me to see the consultant, due to the shortage of Metal Health practitioners. Eight months later I got my appointment with Touchstone.

Due to the complexity of my mental health problems, they said there was nothing they could do, but made another appointment for me to see another consultant, more specialised elsewhere.

I eventually 5 months later got another appointment on a one to one basis with a mental health practitioner, this time at Hunslet health centre. This was to be for an hour every week for 6 weeks.

She seemed to think that my Depression on one count, but not inclusive was because still grieving over the loss of my parents, and that was 9 years ago. Also now thinks diabetes might be adding to the problem.

I don’t think the practitioner thought she was helping me in any way, as whenever she mentioned my bereaved parents I broke down. This was at every appointment.

In between these two appointments I went on an Expert Health course, for mental health patients, at Hunslet health centre.

There were about 10 people in the group. Was supposed to last 6 weeks, going every week for about 3 hours. I gave this up after only 2 weeks, as I was feeling worse coming out, than before I went in. Everybody in tears, talking about their own mental health problems.

In December 2012 went into St James’ hospital for what I thought would be a routine operation. I was told to expect some sort of pain for a couple of weeks, but after that I would be fine. It did not turn out that way I’m still in pain 18 months on, and no sleep.

I went back to hospital, where they did an explority operation to see why I’m still in so much pain.

They discovered a much bigger problem. Now I need further tests, a biopsy and maybe an operation. Later my results came back as benign.

Anyway back to late December 2012 . My first time out of my flat since my operation. I went down to my local pub with a lady friend as they were having a party.

For reasons I cannot go into, now hit an all-time low, getting home about 1am in the morning.

I decided that some medication Amitriptyline, I was given by my GP two weeks before; I would take a huge dose and end my life. Amitriptyline is a mild antidepressant and also helps you to sleep.

I also took an overdose of Co-codimol plus Tramadol, which I had been taking for the pain.

I woke up about 24 hours later unable to move from my bed. For the next day or two, all I did was crawl to the toilet. I could not walk, and also drank sips of water. I could not keep food down. I did not dial 999 as I thought they would section me.

On the third day after I had taken the overdose, my intercom button to my flat door was being pressed. It was my lady friend; I did not answer the intercom, or open my flat door.

After not seeing me for three days, I think she knew something was wrong and shouted up at my bedroom window; she was going to get someone to break my door down.

Thinking I don’t want my door breaking down, crawled to my door pressed the intercom, and let her in.

But as you can see I’m still alive today to tell the tale.

I now await my next hospital visit in July, to see what can be done for the pain for the future.

Since writing the above, and was in a documentary on South Leeds Community Radio a few months back, other health problems have emerged.

For example, diagnosed with early Dementia. I remain upbeat about this. Although I may not remember people’s names and people’s faces also forgetting words to make a sentence, I’m for the time being not unduly worried about this.

I continue to get involved in volunteer groups and other activities this keeps me busy and away from the bad things that can happen in life.

I must also say good things happen in life, they have, and do.