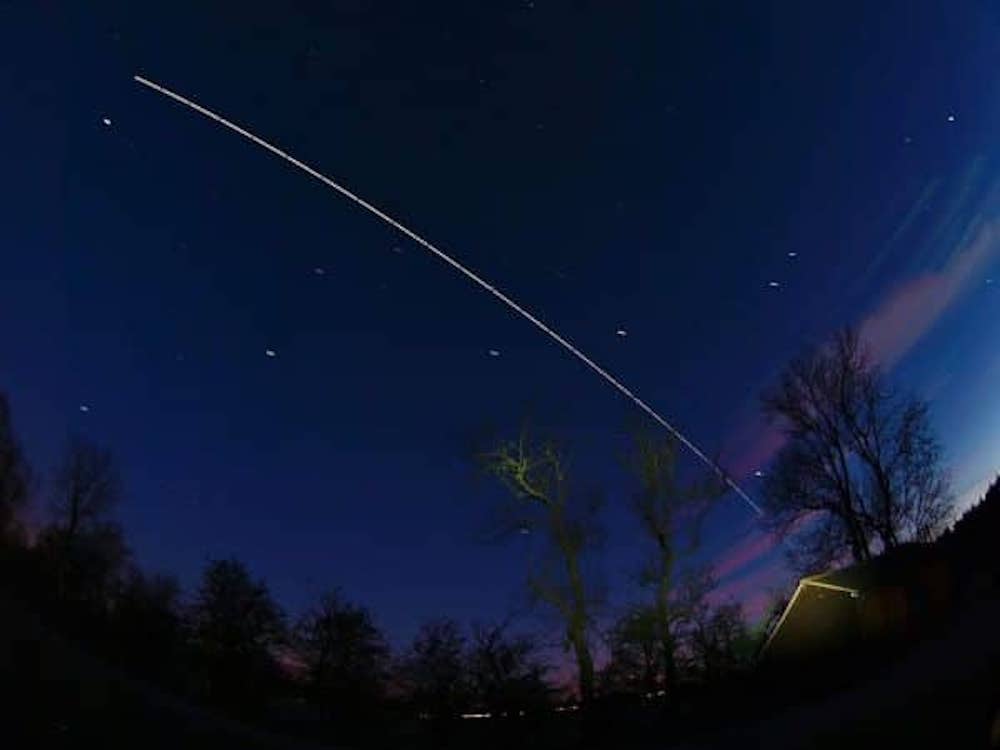 Did you know that you can see the International Space Station (ISS) with the naked eye in South Leeds?

OK, you can see it from anywhere in the world, not just South Leeds, if you know when and where to look. Over the next week there will be a series of opportunities to see the ISS as its orbit takes it over the UK.

The ISS appears as a bright star, moving quite quickly. It crosses the sky in about five minutes and you can tell it apart from an aeroplane because it doesn’t have flashing lights. It always travels from west to east, sometimes right overhead, sometimes closer to the horizon.

Websites such as Meteor Watch publish details of when the ISS is passing over the UK. Over the next few nights you can see it:

The ISS is a laboratory that has been circling the earth in low earth orbit for nearly twenty years. Astronauts from many different countries, including the UK, have lived and worked in zero gravity conducting experiments and making observations. As well as the various modules the ISS has a large array of solar panels to provide energy. It is the reflection of  these that makes the ISS so easy to see from the earth.