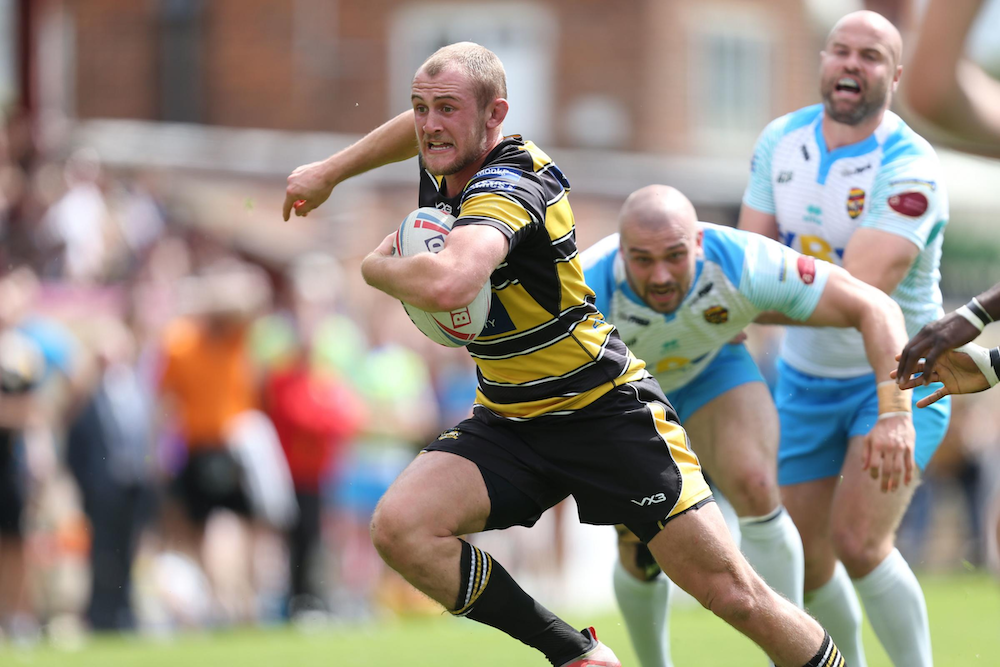 Hunslet RLFC’s AGM took place for the first time last Friday (22 January 2021) on a virtual platform. After a strange year for Rugby supporters the club outlined how it has coped and is coping with the current Covid pandemic and Lockdown rules.

After a disappointing 2019 season, 2020 looked to be starting on the right track with early friendly victories over Leeds, Bradford and Batley. The Club sat top of the League after only 2 games and had just lost their first game (in the cup at Featherstone) before the lockdown began.

By midsummer the competition had been cancelled and threw everything up in the air. On Friday 22 January was a chance for supporters to find out what’s been happening.

The RFL (Rugby Football League) puts high importance on digital marketing and metrics (Facebook, Instagram, Twitter likes and shares, and hits on the club website), improving this area also brings in a more youthful market. One idea raised was a Podcast series discussing all things Rugby.

The toughest job went to Phil Hodgson explaining the finance. Strangely though, not playing and having all the outgoing costs of putting on a match, and the players being on furlough has meant Hunslet have managed to save some money. Sponsors Clipper Logistics were faithful with their sponsorship making things even rosier. This has to be balanced though with no bar takings or paying punters, so although the finance is in a good position there is no reason to be complacent. The club wants a long term future not a short term hit and hope.

One good news story was the increase in paying members and some quite substantial donations from supporters plus a good uptake on the new kit, which has quite a diverse range of items from replica jerseys to shell tops, hoodies, bobble hats and polo shirts.

The Rugby League has now confirmed the season will not start until May, so supporters wondered about what sort of team Hunslet would field. Players have a relatively short career so will try seek the best deal and as a result the Parksiders have lost some talent over the close season.

Zach Braham, Ben Heaton and Josh Tonks have moved on to pastures new leaving quite a hole to be filled, but although coach Gary Thornton has had his playing budget shrunk he was confident the players kept and the names added will make Hunslet very competitive in 2021.

Popular winger Nyle Walker has returned along with Jamaican internationals Aaron Jones-Bishop and Jy-mel Coleman. Centre Will Cook has rejoined from Keighley along with exciting young forward Lewis Wray, but the marquee signing must be former York favourite Brad Hey (pictured) highly rated by Thornton.

One question asked was how come Hunslet have pulled out of this year’s Challenge Cup? The answer is that the Rugby League only wanted 3 teams from League One in the competition but 7 applied. This would have meant a preliminary round behind closed doors in March. With the season then suspended until May this would mean Hunslet would have to pay full wages (rather than furlough).

In the end the club would make a loss either way, but for a historic trophy like the Challenge Cup they were willing to do so, but in the end a possible loss of up to £8,000 was not an option and so sadly decided to pull out this year.

Another question asked was about local talent? Again, it is too expensive to run a junior team only to have players picked off by richer clubs. A club like Hunslet has to look for players maybe dropping out of Super League/ Championship Clubs or shining in the community game. Sadly the days of bringing players through the system are gone at this level of Rugby.

Still, it’s all positive stuff at the minute as everyone is desperate to get back to playing matches. It is likely with Covid that there will be online tickets only (no matchday), but I’m sure getting out to a match will be much welcomed by everybody.

Check out the club website hunsletrlfc.com for membership packages and details. So we shall again!