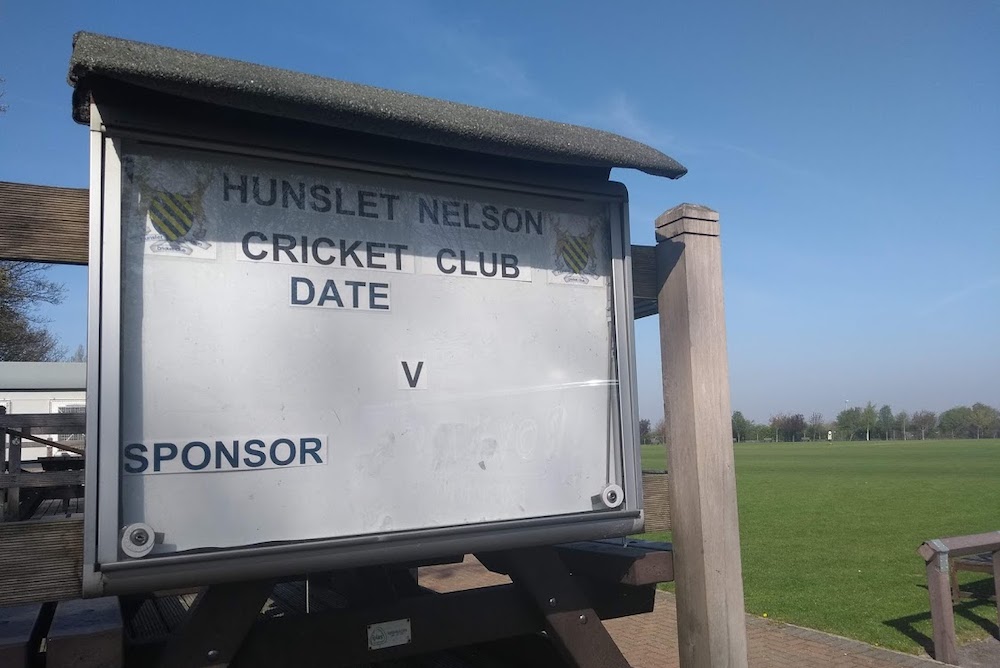 The days are getting longer, the weather is warmer and the sun is shining. In normal times, these signs herald the start of the new cricket season. But we are not in normal times.

For Hunslet Nelson, the only cricket club in South Leeds, the coronavirus outbreak has dealt a severe blow to pre-season preparations and finances.

Yet come what may, the club is ready to weather the storm and will continue to provide cricket for the local community, says treasurer Steven Rose.

The club’s annual race night is a key fundraiser but has had to be cancelled. The other main pre-season revenue source, membership fees, has also been hit hard.

“Come March, we’ve normally got everyone’s membership in and we’ve got the first fundraiser to give us a good start. We’ve usually got a £5,000 to £6,000 head start,” he explains.

And bills still have to be paid. Electric and water bills, rent, banking and waste management expenses contribute to “substantial” outgoings in March and April – all before a ball is bowled.

Equipment worth up to £100,000 – machinery, buildings, the electronic scoreboard and sight screens – add a “hefty” insurance cost. But Mr Rose says that the club is in a good position for now, despite batting on a sticky wicket caused by the coronavirus outbreak.

Funds intended for Hunslet Nelson’s new clubhouse are now used for day-to-day spending. The club dips into its own resources if need be and not into its members’.

“We’re up to date with everything and always are. We’re never behind, everything’s always paid.

“Everyone’s looking at their money and don’t want to pay their cricket membership until they know what’s happening. We’ve got very little income at the minute.

“We class ourselves as in a deprived area, so we don’t want to chase parents for money when we look at where these memberships come from. You’ve got to try to support your members as best as you can,” he underlines.

“Our saviour has been the funding for the new clubhouse. We’ve had money put away towards our deposit for the works. We’re having to dip into that every month.

“If this lasted until after Christmas, all that money will be gone.”

The 2020 season was due to start on 18 April but the England and Wales Cricket Board (ECB) has postponed first-class cricket until 28 May at the earliest.

The Bradford Premier League has stated that, if the season cannot begin before July, fixtures from the first half of the season may be cancelled and only half a season contested.

But if the virus peaks in the summer months, the entire season could be cancelled. Where would that leave the club?

“If it’s two to three months of lockdown, we’ll survive because the memberships keep coming in.

“If it’s 12 months of lockdown and we haven’t got cricket for 12 months and don’t get support, we’ll be struggling.”

Help is at hand. In an agreement with Leeds City Council, the club already qualifies for discretionary relief from business rates and is exploring the possibility of being eligible for small business grants.

The Bradford Cricket League waived its annual subscription charge of £50 and the Yorkshire Cricket Board removed its deadline for club affiliation fees.

Meanwhile, the club has contacted Veolia, Yorkshire Water, its electricity provider and the council for possible reductions in bills and rent.

Chairman Brian Farrell is over 70 and cannot leave home, income is down and events are cancelled for the foreseeable future. To maintain social distancing measures, only one person works on Mondays to maintain the ground. But the club is adapting.
Coaches have been uploading videos online to interact with members and keep skills sharp. The club has also started two bonus ball schemes, which bring in additional revenue.

If Hunslet Nelson has proven anything during its 150-year history, it is resilience.

“We’ve got members going back 15 years who’ll put money in to keep the club surviving. We’d put money in because of how long it’s been about,” says Mr Rose.

“The big jeopardy is that buildings are run-down. We’ve had portacabins for double the time they should have had. We’ve got at the most two years before they’re unusable.

“We’ve got a strong group and got our hearts set on making sure Hunslet Nelson survives year after year.

“It would have been easy to shut the doors and forget it, because we’re voluntary. We’ve all got problems at home, people self-isolating or out of work.

“But they all want Hunslet Nelson to survive. We’ve got people that treat it like our own business. We’ve got a survival attitude.”