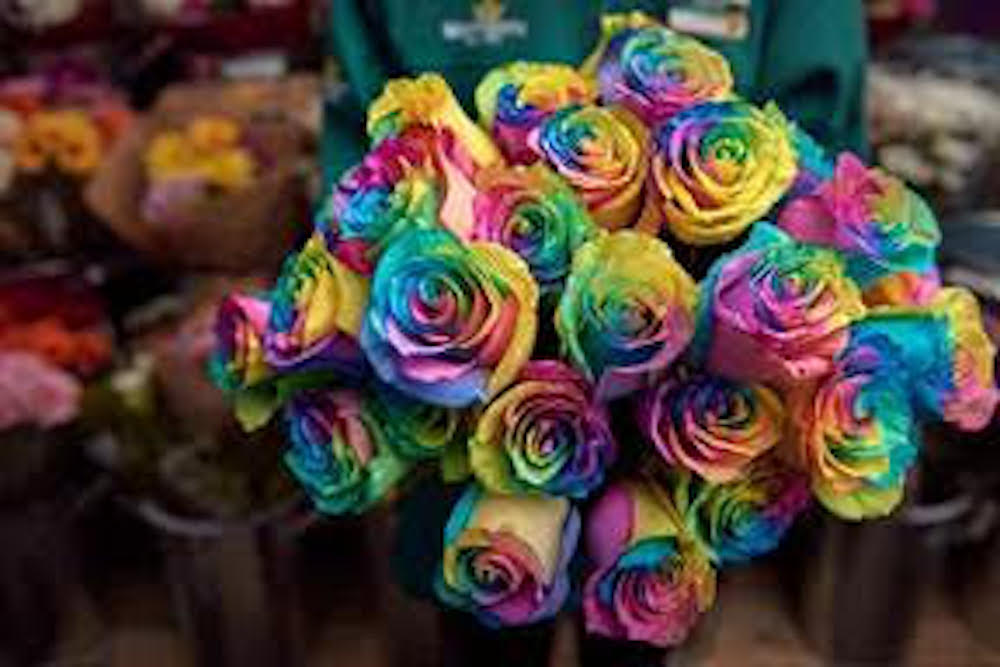 This Valentine’s Day, Morrisons Hunslet is celebrating all love by launching one of the UK’s most colourful flowers – the Rainbow Rose.

Part of Morrisons’ The Best range, the Rainbow Rose has been designed so that anyone can give it to anyone else and will be available in the Morrisons store on Church Street from Monday 11 February 2019. The rainbow is used worldwide to symbolise Pride in the LGBTQ+ community.

Morrisons have partnered with LGBTQ+ youth homeless charity The Albert Kennedy Trust to launch the rose. 50p per rose sold will be donated to the charity, which provides safe homes and support to young people who identify as lesbian, gay, bi or trans.  The charity was selected by the supermarket’s LGBTQ+ network.

Developed by Morrisons florists, the roses have been dyed so that each petal displays the colours of the rainbow. To do this, florists cut the rose stems and dip each part into a different coloured water – which are absorbed by the flower to turn each petal into a different vibrant colour – including blue, yellow, green, violet and pink.

“We’re delighted to partner with Morrisons on their Rainbow Rose campaign for Valentine’s Day.  As the national LGBTQ+ youth homelessness charity, we are always looking to raise awareness and raise vital funds to support the work we do to provide safe homes and support to young people who face homelessness – just for being brave enough to come out to their families and communities.”

Morrisons will also be selling red roses for £2 for one and £5 for a dozen.