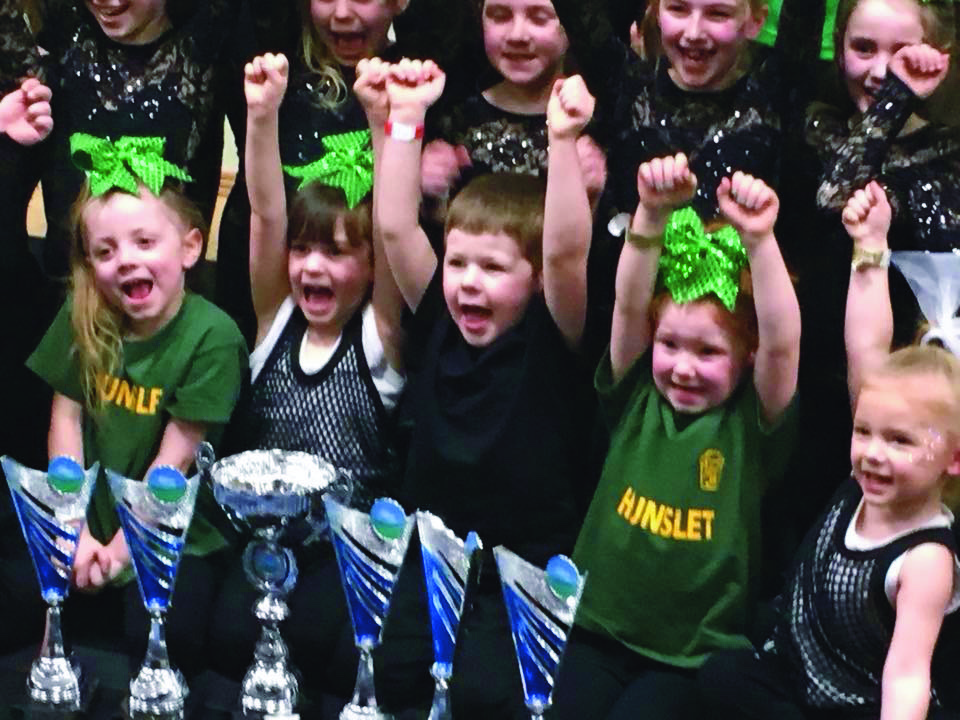 The Youth Pom team also took the “Grand Champion” award achieving the highest score of the day out of 195 individual routines.

The Hunslet Club Emeralds (the brand adopted by our competition teams) were formed in early 2017 when the Club entered its first national competition in Blackpool.

They are coached by Cherry Crosby who has worked in community dance for over 15 years and Kayley Davidson a former protégé of Cherry. This was only their third national competition and the best set of results so far.

Cherry commented “The girls (and boys) just get better and better. All of the hard work they have put in and determination to be the best has paid off. Kayley and I couldn’t be more proud of them.”

The Hunslet Club delivers weekly sessions in cheer-pom, hip-hop, contemporary, ballet and tap dance styles together with a gymnastics full programme for children 18 months upwards in gymnastics and ballet and 3 years upwards in all other dance styles. Visit www.hunsletclub.org.uk for full details.