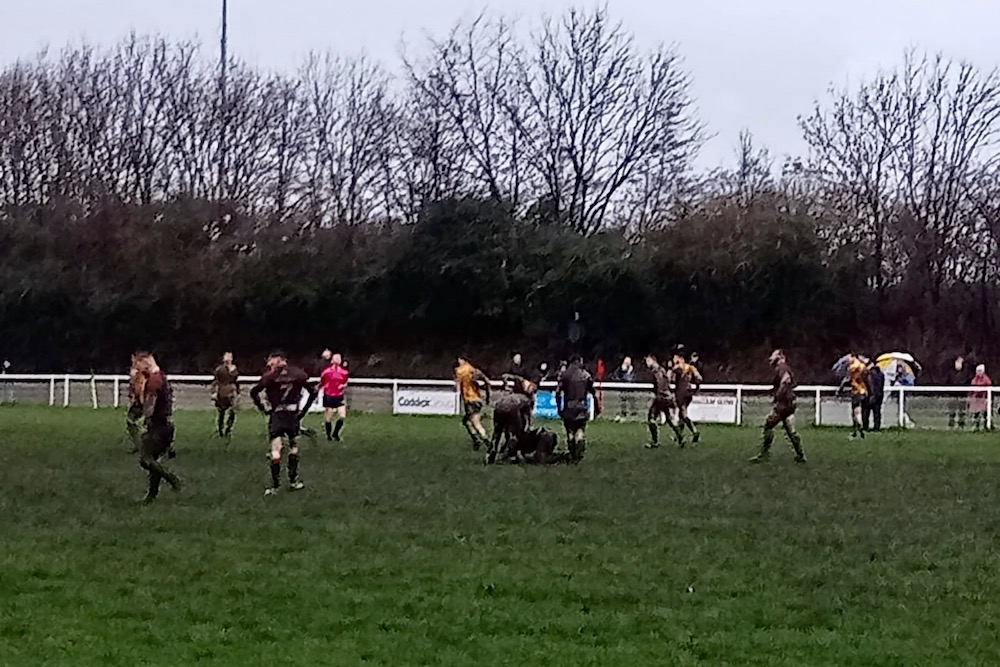 Hunslet Club Parkside won through to the BARLA Yorkshire Cup Final on Sunday afternoon in a hard-fought semi-final victory by 10–0 against Upton. A good turn out of away fans made the 25 mile journey north to support their team, setting out in the unseasonal winter sunshine but arriving in south Leeds to heavy rain that did not relent for the entire duration.

The home side fielded a balanced seventeen with both youth and experience represented. The quartet of teenagers – Jack Briggs, Bradley Wheeler, Sam Bayley and Harvey Townend all acquitted themselves well in a game where defenses were on top and, given the driving rain and terrible conditions underfoot, expansive rugby was at a premium.

Parkside scored two tries, both to lively man of the match scrum half Craig McShane. Both were close range efforts, the first on 10 minutes by the side of the posts and converted by wing Connor Squires for the only points in the opening 40. After having an earlier second half effort disallowed by the official, McShane went over for his second try on 65 minutes, dummying the opposition and then twisting and turning in the tackle to touch down. This closed the scoring, Squires unable to add the extras.

McShane took the honours for an outstanding individual display but all 34 players deserve great credit for providing better entertainment than the assembled spectators could have expected in the terrible conditions. After the game coach Carl Briggs was full of praise for his team:

“Every player played their part in a tough game this afternoon. The young guys out there were very good in horrible conditions which we didn’t expect before the game. We’re all looking forward to next Sunday’s final now!”