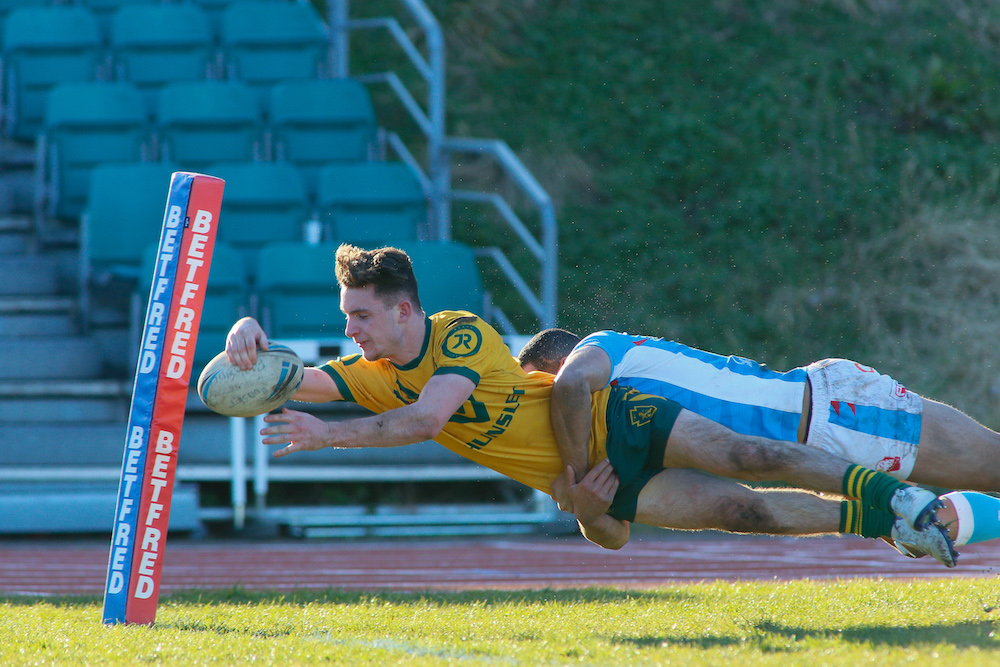 Following the loss by semi-pro neighbours Hunslet RLFC in North Wales on Saturday afternoon Hunslet Club Parkside carried the baton for south Leeds and the National Conference League into their first ever 4th Round Challenge Cup appearance 24 hours later (27 February 2022). At the final whistle the score was 20-40 to Sheffield Eagles but the scoreline in no way reflected the heroic performance Parkside put on for a 400 strong crowd. 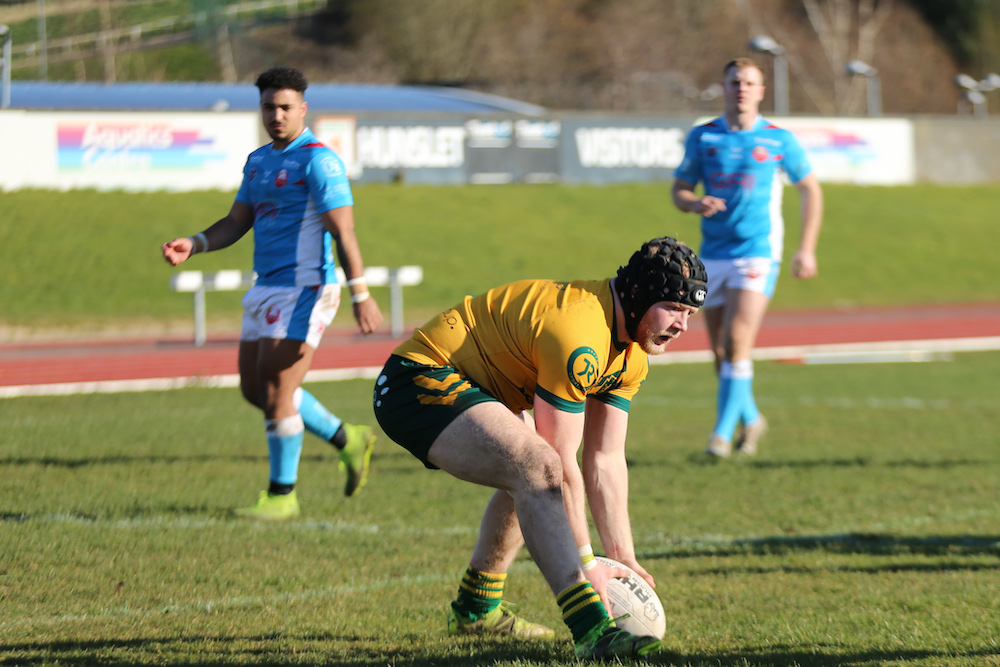 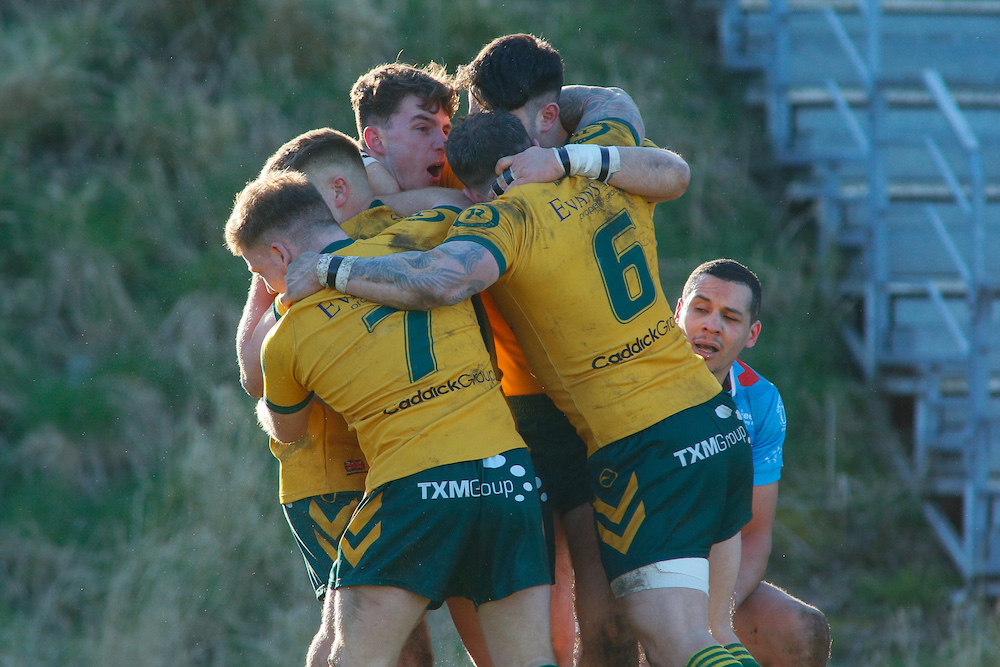 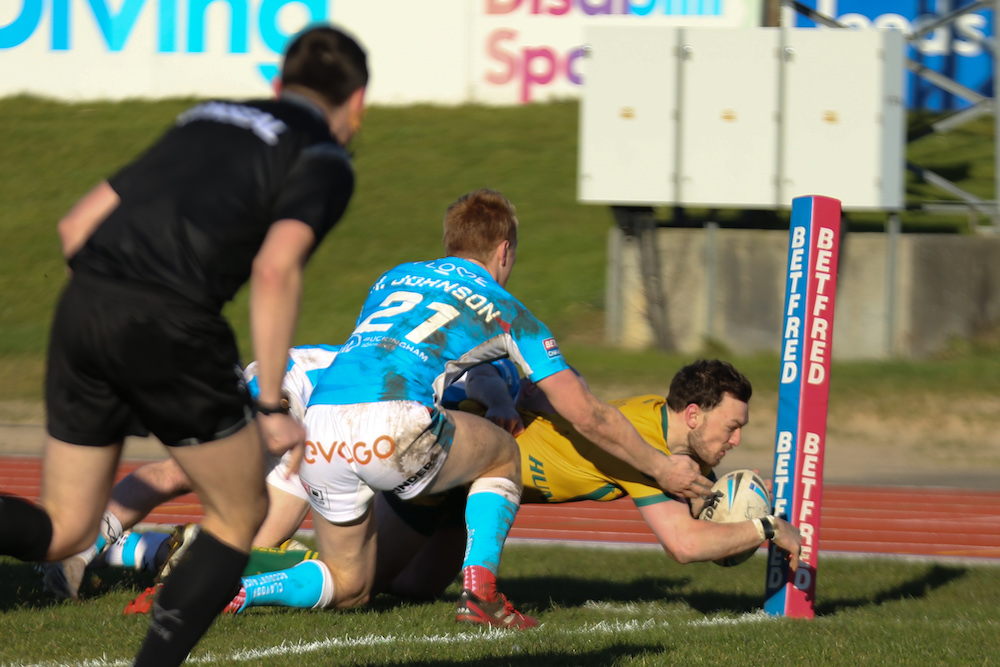 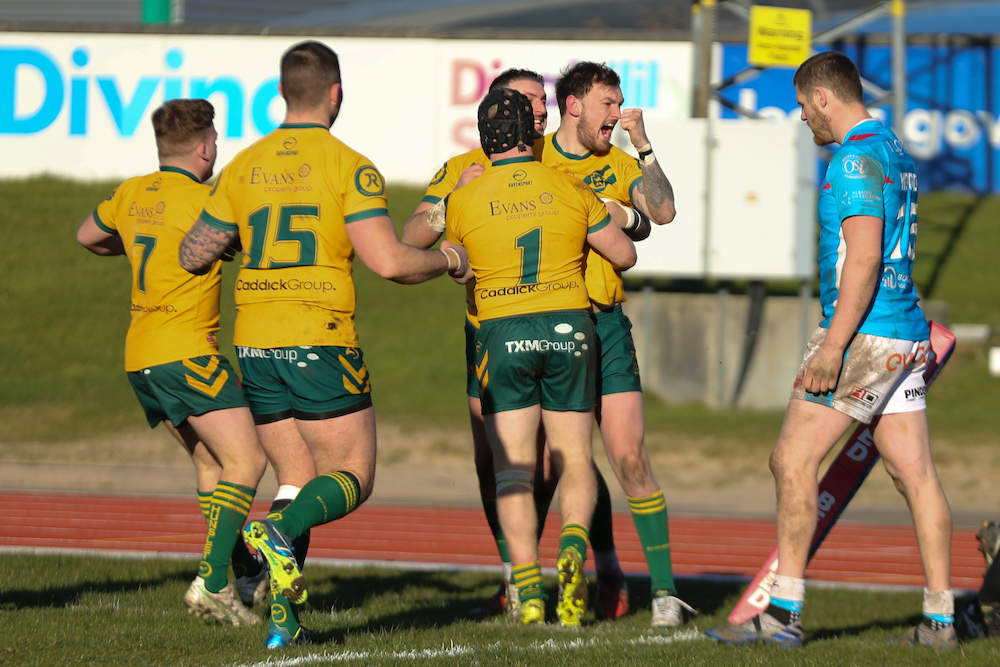 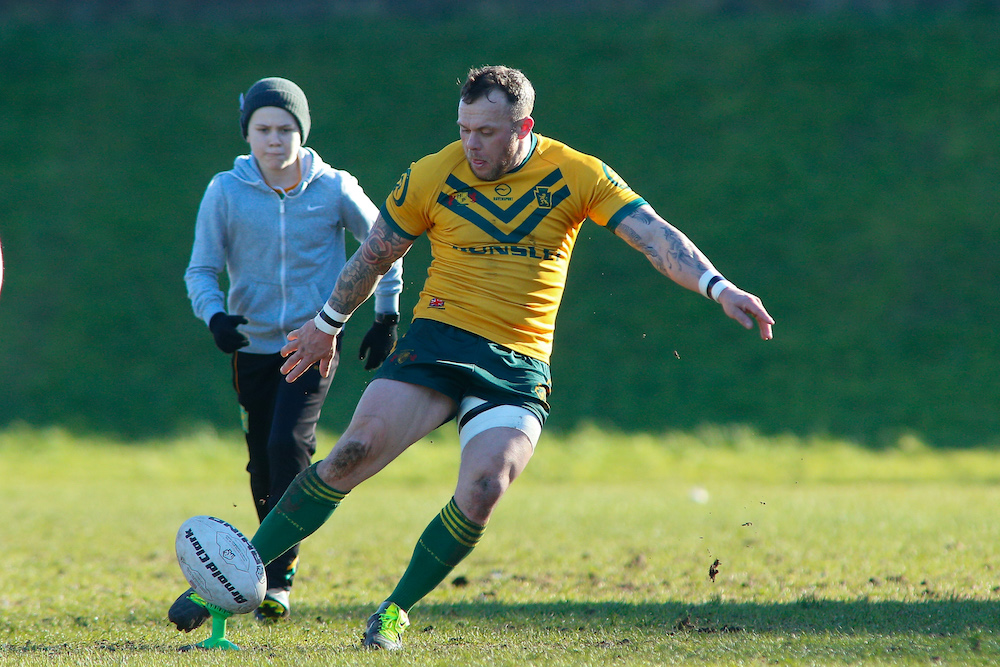 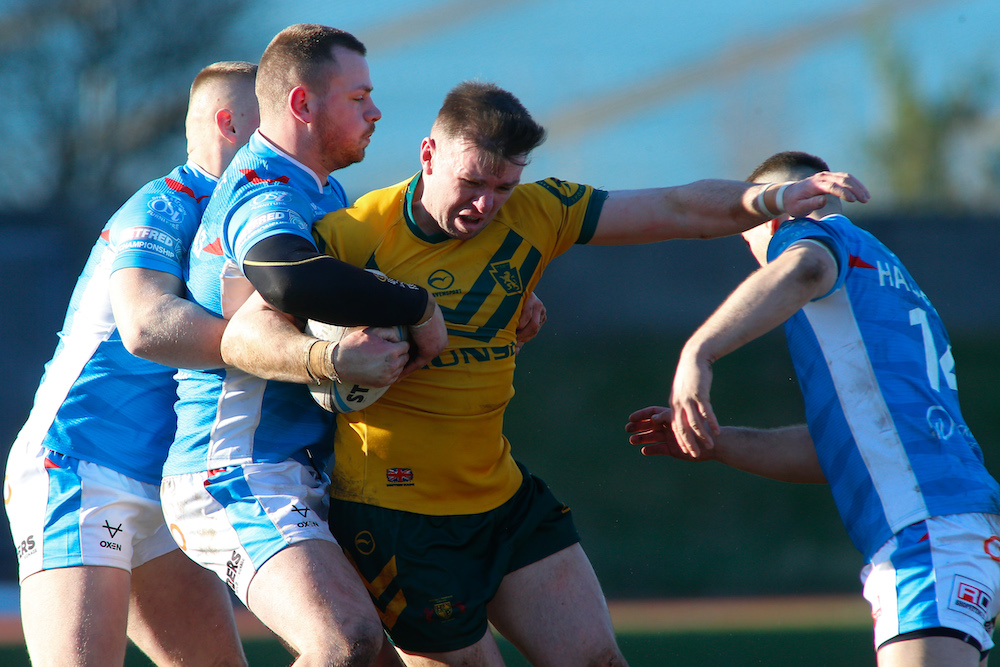 All photos by Stephen Gaunt / Touchlinepics.com

Having already accounted for Featherstone Lions, neighbours Stanningley and League 1’s London Skolars in earlier rounds their opponents this time were Betfred Championship side Sheffield Eagles who famously won the Challenge Cup in 1998 defeating Wigan 19-8 at the Twin Towers.

Unable to play at their Station Moor ground the tie was played at South Leeds Stadium and in the winter sunshine it was the visitors who kicked off. Parkside opened the scoring on 13 minutes when Jamie Fields landed a penalty from close to the posts but the opening try went to the Eagles with Liam Kirk scoring and in the process accidentally bringing about Parkside’s first major injury with George Clarke having to leave the field and unable to return.

The response from Hunslet Club Parkside was impressive and typified the whole performance on an afternoon when a little more luck could easily have brought about a very different conclusion. First Kieran Webster went over from close in and under the posts with Andy Hullock converting on 23’ and second, full back and Parkside’s Player of the Match Craig McShane received the ball out on the right and dummied his way over for a fine individual effort on 28’. Hullock’s conversion attempt hit a post and unfortunately bounced out but the home side were now 12-6 in front of their Championship opponents. The next two scores of the first half went to the Eagles who took a 16-12 lead into the interval.

Sheffield extended their lead in the first set of the second 40, Gudzek crossing and converting his own score but the home side responded in the best fashion on 51’ when a shift to the left involving Westwood and McShane saw Connor Squires finish well in the corner bringing the score to 16-22 and it was game on!

Parkside were the next scorers with opposite wing Will Cohen going over on 76 minutes for a two point ball game at 20-22, but injuries – George Clarke broken ankle, Danny Lidbury concussion and Liam Thompson ligament damage to name but three – had taken their toll on the home side and the final five minutes of the game saw Sheffield Eagles cross for three tries through Hodgson, Jones-Bishop and Johnson against a side who had given their all and had in the process done the amateur game proud!

The whole team were out on their feet at the end of the game as skipper Ben Shulver, speaking to South Leeds Life, pointed out:

“I think everyone gave all they had in the tank out there this afternoon. We couldn’t do much more with the injuries we had and we were a proud bunch in the changing rooms after the game. In the end it came down to those last five minutes when Sheffield pulled away and the final score flattered them … but we can take good confidence into next week’s game up in Cumbria against Egremont.”